Legacies of Confederation: A New Look at Manitoba History, tells many inspiring stories and is supported by several amazing artifacts and specimens. Most visitors to the Museum do not get to see what happens behind-the-scenes in order to prepare our artifacts and specimens for display. Research is compiled, design and layouts are created, condition reports are completed, mounts are built, and in some cases, conservation treatments are performed in order to ensure the safe display of the Museum’s collections.

A significant specimen in the Legacies exhibition is the bison head mount seen in the Discovery Room. Prior to the installation and opening of this exhibition, this taxidermy mount spent about two months undergoing conservation treatment and preparation so that it could be safely displayed. 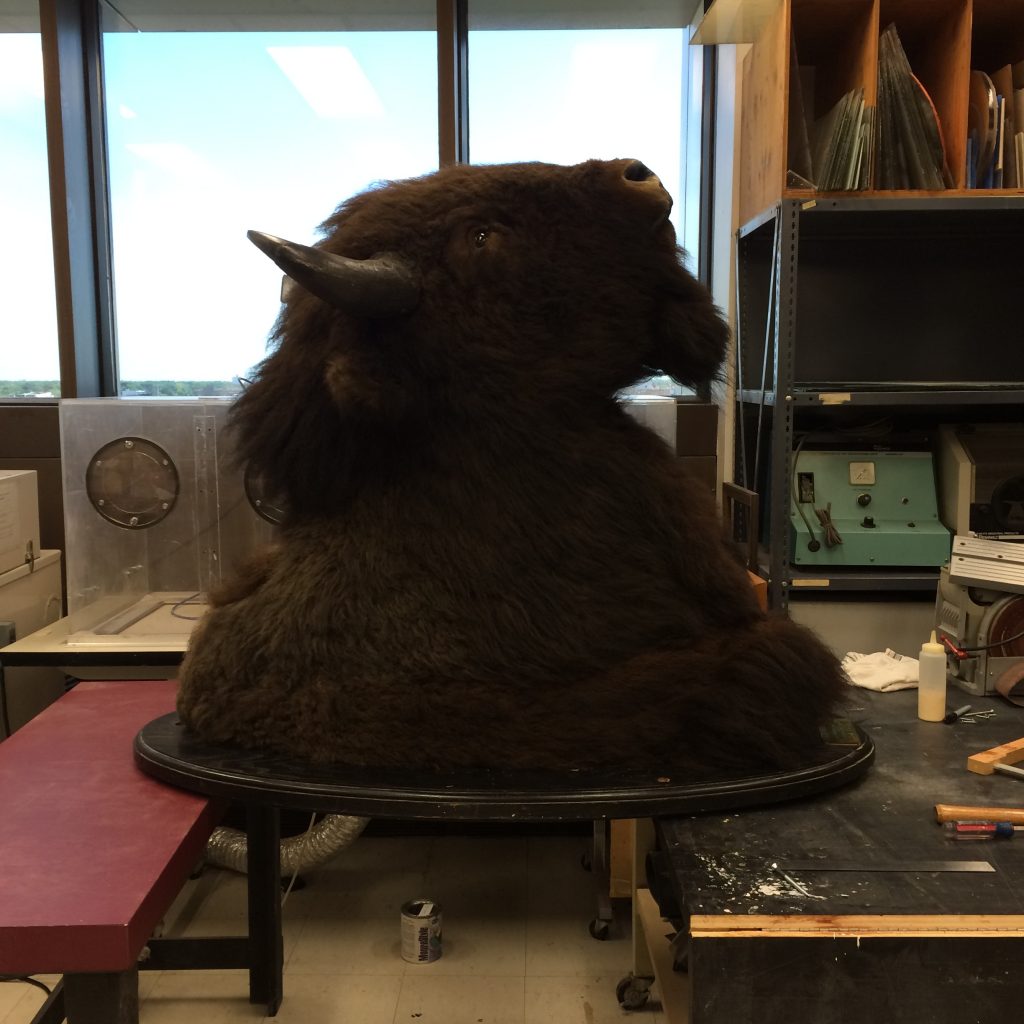 Before treating the specimen, I conducted research on the history of taxidermy from 1911-1912, the time period when the mount was created by Winnipeg taxidermist E.W. Darbey (You can find out more about this specimen in the Curator of Zoology, Dr. Randy Mooi’s blog).  This research helped me to better understand the material make-up and structure of the specimen. I then completed a condition assessment which revealed that repairs to the ears, mouth, neck, cape, and the wooden backing board would be needed before it could be exhibited.

The ears of the specimen showed the most visible damage in the form of extreme shrinkage, which resulted in a number of tears and splits in the surface.

Detail of before treatment split in mount’s ear.
© Manitoba Museum

The skin had shrunk so much that the internal structure of the taxidermy mount was exposed. 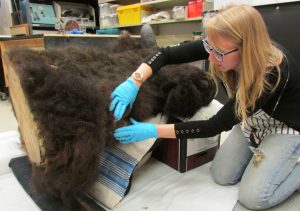 Investigating the gap in the mount’s neck.
© Manitoba Museum

I was able to repair this damage by cutting the exposed wire framework to the surface of the skin without damaging the hide.  I then used a piece of Japanese tissue paper sized to cover the split in the skin and in-painted the tissue with watercolours to match the surrounding hide. Using a conservation grade heat-set adhesive, the Japanese tissue paper was adhered in place and set with a tacking iron. The final touches to the ears included placing a few strands of bison fur from a sample to produce a consistent look to the area. 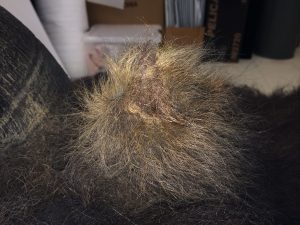 Detail of after treatment infill of mount’s ear.
© Manitoba Museum

In addition to the ear repair, a large hole in the neck was infilled with plaster, years of dust and dirt was removed, and the original wooden backing board was consolidated.

Before being selected to be part of the Legacies exhibition, this specimen spent most of its time in storage lying flat. But now, visitors to the Museum can see the specimen as it was intended, wall-mounted vertically. 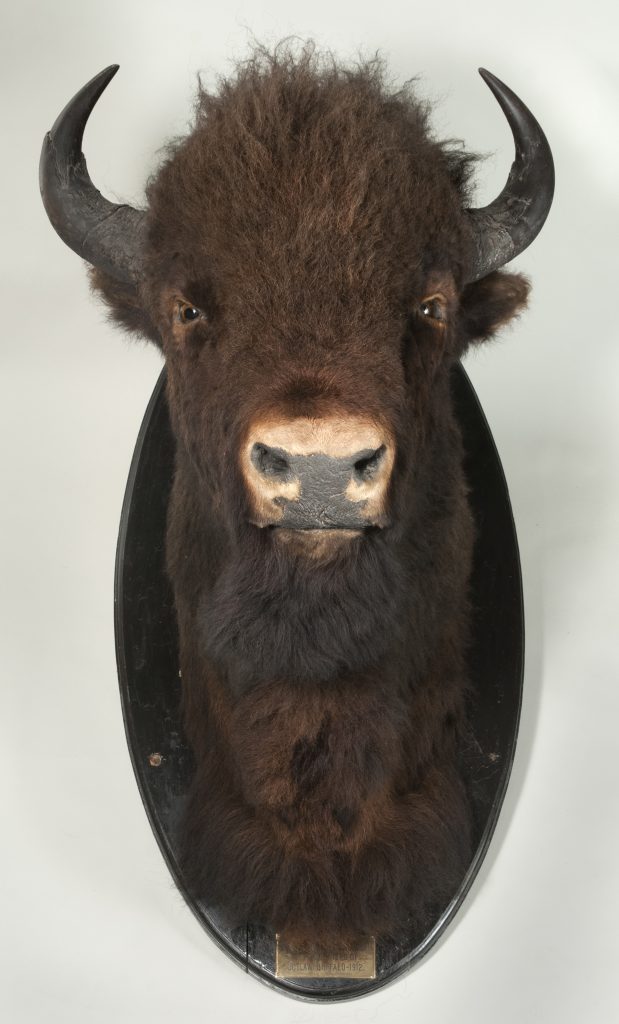 Overview of mount after treatment, prior to the installation in the exhibition. Catalogue Number 24175 © Manitoba Museum

On the day of installation, it took four installation staff to lift this nearly 100-pound specimen into position – five feet in the air. Today, as a feature piece within this exhibition, the bison head mount demonstrates its iconic significance to Manitoba’s history.

The Museum’s Conservation Department is charged with ensuring the long-term preservation of the Museum’s collections by mitigating deterioration before it begins, and responding to damage when required.