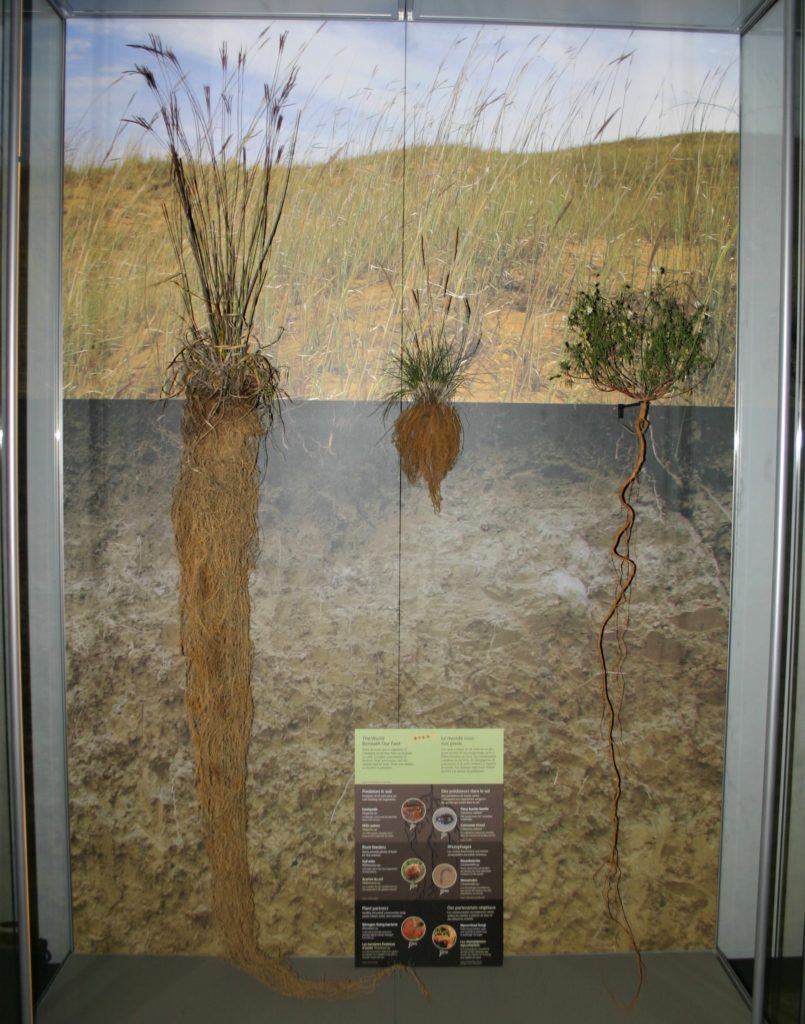 One of the most impressive plant specimens at the Manitoba Museum is a huge, preserved grass that shows the entire root system. I think the reason everybody likes this specimen is that it provides a perspective that no one ever has: what a plant actually looks like under the ground. There was just one problem with that grass: it’s not actually a native species. It’s a Eurasian species called Crested Wheatgrass (Agropyron cristatum) that was brought to Canada and widely planted in the 1930’s. During our planning for the new Prairies Gallery, the Curators strongly felt that visitors needed to see native species of plants when first entering the gallery. The process to collect plants for this exhibit was previously described in “I once caught a plant that was this big”. 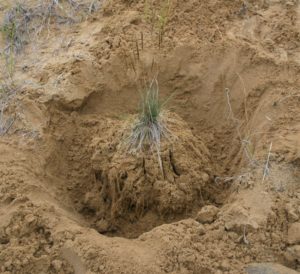 The June Grass specimen being excavated.

In addition to the tap-rooted White Prairie-clover (Dalea candida), the display case includes a specimen of Manitoba’s Provincial grass, Big Bluestem (Andropogon gerardi) and a June Grass (Koeleria macrantha). White Prairie-clover relies heavily on associated microbial organisms to obtain adequate nutrition; mycorrhizal fungi help it obtain water and minerals like phosphorus, while nitrogen-fixing bacteria help it obtain nitrogen. This means that the roots of prairie-clover do not have to be very extensive, as they mainly serve as attachment points for its associated organisms. Big Bluestem is a warm season grass that flowers in late summer when the soil is relatively dry; this is why its root system is so extensive and deep. In contrast, the June Grass is a cool-season species that flowers in June when the soil is still fairly moist; the shallow, densely hairy roots are able to obtain all the resources the plant needs. Thus, this exhibit nicely illustrates the main strategies that plants use to exploit different niches in the soil both in space and time. 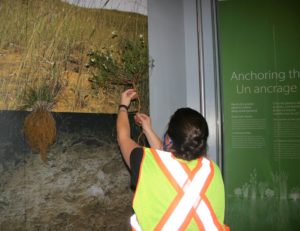 After collecting these plants, the preservation process was out of my hands. Our talented Diorama and Collections Technician, Debbie Thompson, soaked the plants in a preservative for months, then carefully untangled the roots, painted the stems and roots to the correct colour, created false petals and came up with a clever mounting technique along with Bert Valentin, one of our productions staff. For a proper backdrop to the plants, I obtained an image of the correct soil profile from the Manitoba Soil Science Society, a Stockton Loamy Sand.

Last month, the exhibit case and graphics were installed, and our plants were ready to move into their new home. It was an exciting day to see my vision come to life. I hope you all enjoy being greeted by some new plants as you enter the gallery. 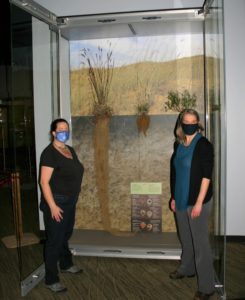 Debbie Thompson (left) and a very proud Curator: me!

If you are wondering what happened to that Crested Wheatgrass specimen, it has been relocated to the second half of the gallery, which tells the story of Manitoba’s post-European contact history. It is now located next to a history case on the impact of the Great Depression on Manitobans, correctly interpreted as a species planted in the 1930’s to help stabilize soils that were blowing away due to the drought. 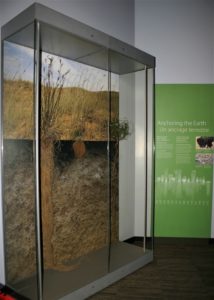