I woke up at 6:00 AM to get a good start on the day. Grant was already up and we decided to get out to the spruce bog early to gather roots. We needed to gather 250 feet of roots to make 500 feet of finished split roots. The estimate was 5 feet of roots for each rib, 40 ribs require 200 feet and the seams to be sewn would require the other 50 feet.

The bog was relatively dry and the moss was like a thick mattress over the spruce roots. Digging spruce roots does not hurt the trees.  The bog where we gathered the roots has been used by Grant for many years and the trees are very healthy. After a few hours we gathered 250 feet of roots and we headed back to Grant and Christy’s place to prepare the roots. 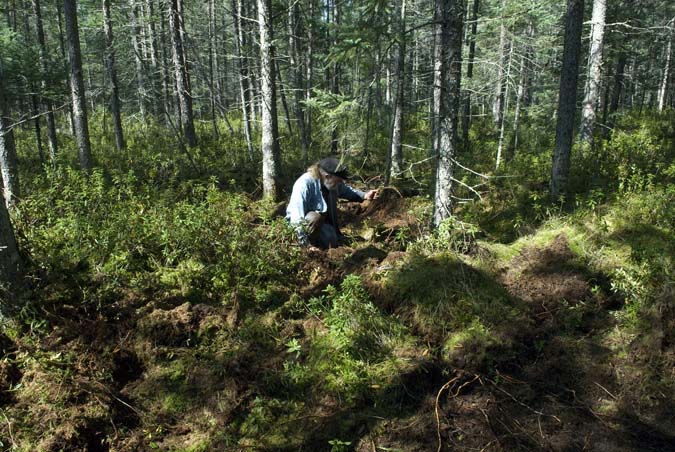 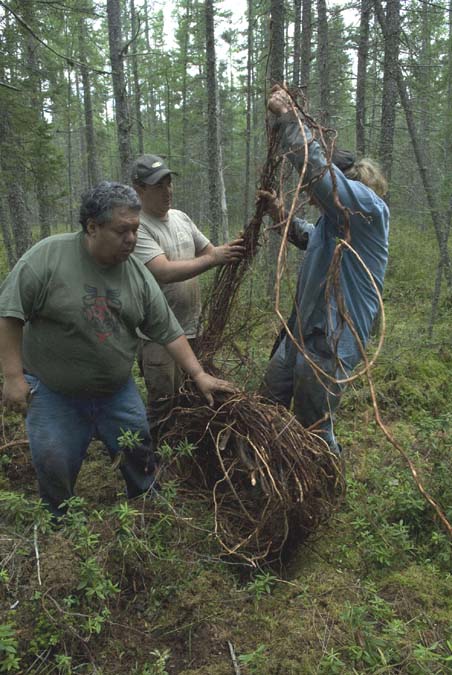 Grant Jim and Kevin Rolling up 250 feet of roots 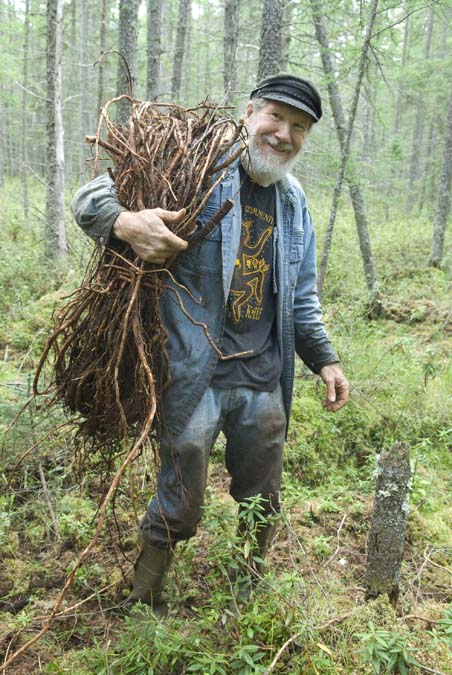 Grant with full roll of roots 250 feet in length

The roots were boiled to speed up the peeling process, once they boiled for an hour Myra and I began to peal and split the roots. 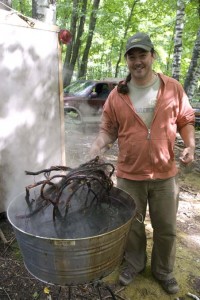 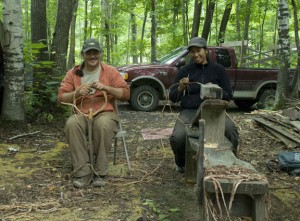 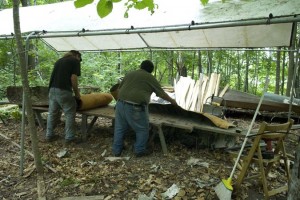 Grant and Jim laying out two sheets of birch bark 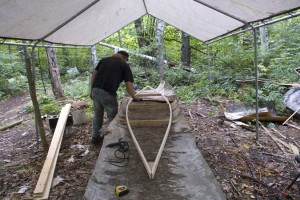 Grant with canoe building frame on top of bark 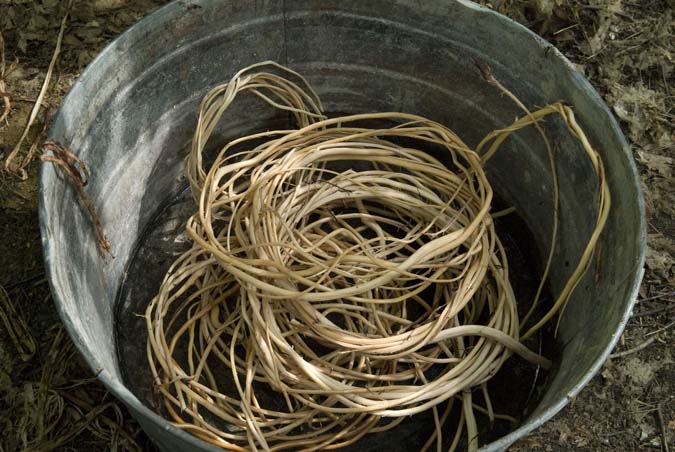 We finished pealing the roots and splitting them before the end of the day and Grant started making the inner gunwales, outer gunwales and gunwale caps. While we made great progress on the canoe in one day of work it was far from looking like a canoe.