The best way to understand any skill or expertise is by trying it out. Experimental archaeology attempts to replicate past activities to improve our understanding and interpretation of archaeological material. My interest in experimental archaeology is broad since I am interested in all aspects of past technology, working stone, clay, bone, antler, wood, bark and hides.

In some cases I am replicating tools that I have recovered or items from the collection in other cases I am learning from Elders and knowledgeable community members on traditional activities. I have learned how to tan hides and make birch bark baskets from the First Nation community members. In other cases I have learned on my own how to make bone and antler tools. Here are a few pictures when I used a replica antler pick (not original) to see if it would chop through lake ice at -30. 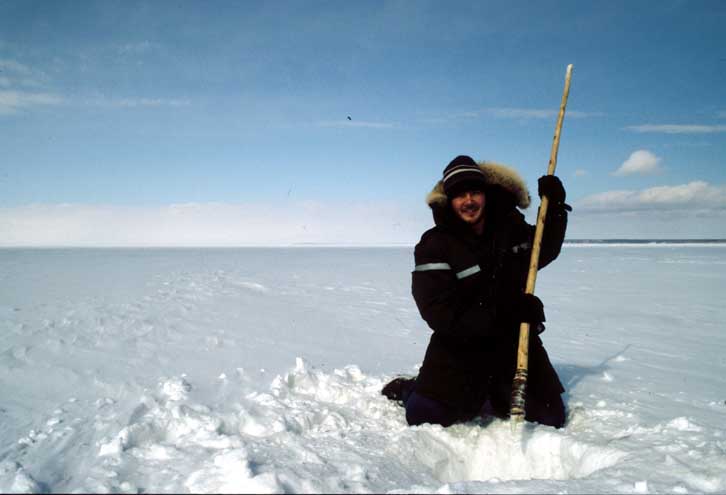 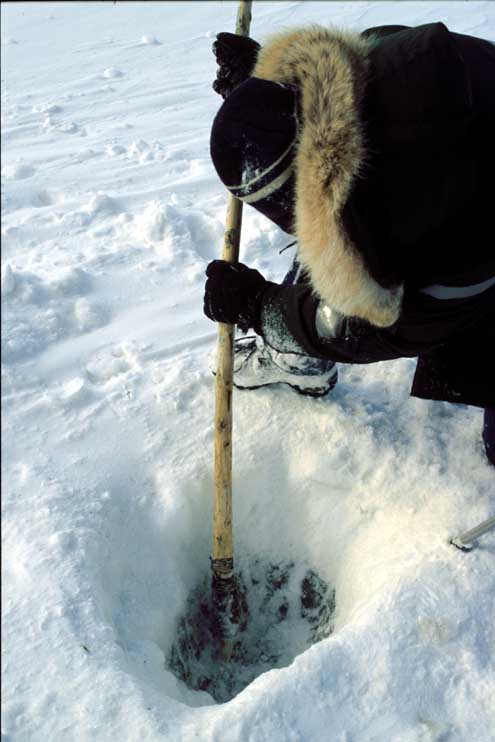 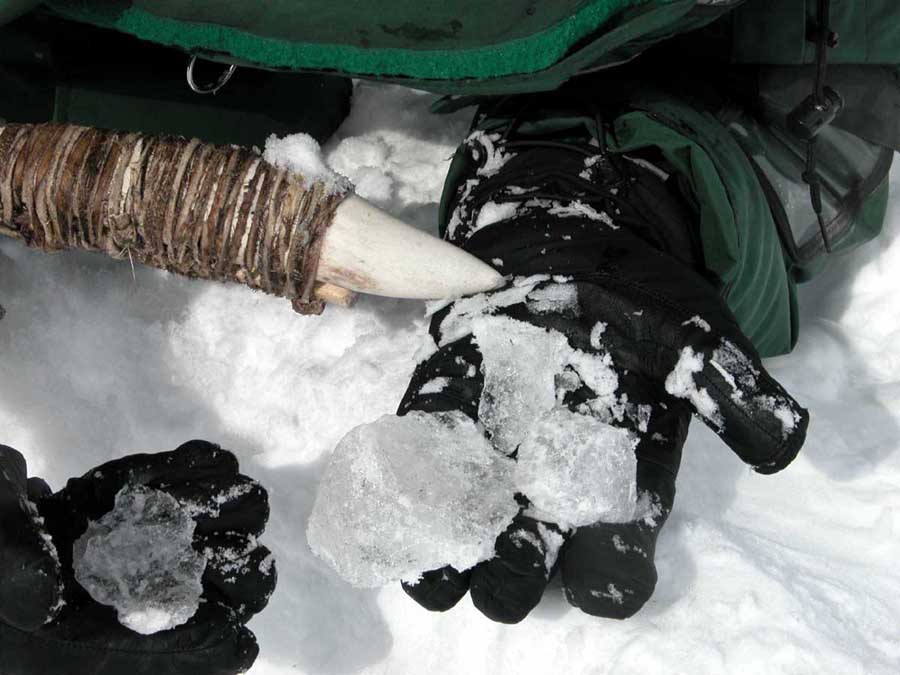 Results of chopping hole in lake ice with tool

This past August my wife Myra and I were taught how to make a birch bark canoe by Jim Jones Jr. and Grant Goltz who are colleagues of ours in Minnesota. Jim Jones Jr. is an Ojibway Archaeologist and member of the Leech Lake Band working for the Minnesota Indian Affairs Council. Grant Goltz is a consulting archaeologist and is a master of many skills and makes traditional First Nation pottery, birch bark canoes, kayaks, furniture and guitars, to name a few. Grant started making canoes in 1995 when he and his wife Christy taught an archaeology field school. The students learned how to make a canoe during the 6 weeks of the field school and everyone involved gained a better appreciation of this ancient craft. Since then he has made 20 – 30 birch bark canoes. The most famous was 27.5 feet long and was paddled from Portland Oregon to York Factory Manitoba. 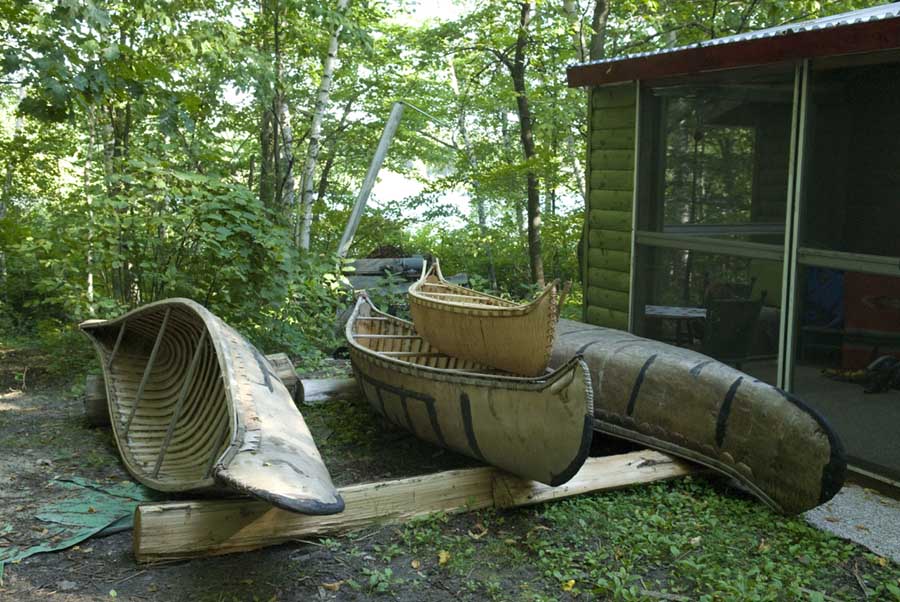 Canoes at Grant and Christy home

We began on a warm afternoon on the property of Grant Goltz and Christy Cain. We examined many books on the subject of birch bark canoes in order to decide what kind or shape to make. None of the books that Grant had provided good examples of northern Boreal Forest Cree canoe so we decided to make one that I found esthetically pleasing. It was called an early Algonquian Canoe “from the Ottawa River valley”. We made a few adjustments to the plan making a 15 foot canoe, 38 inches wide at the middle thwart. We also raised the height of the canoe at both the stern and bow and flattened the bottom somewhat following images of model canoes. 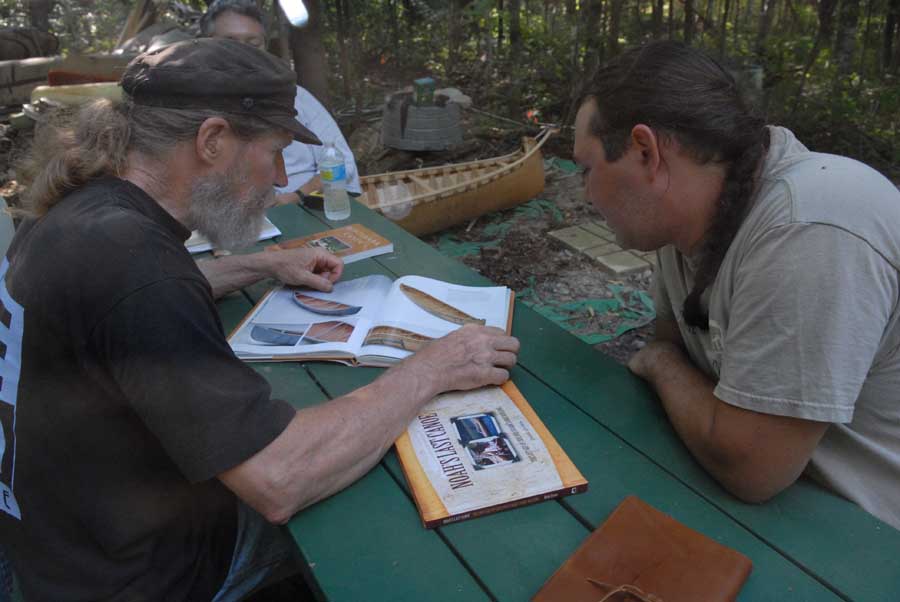 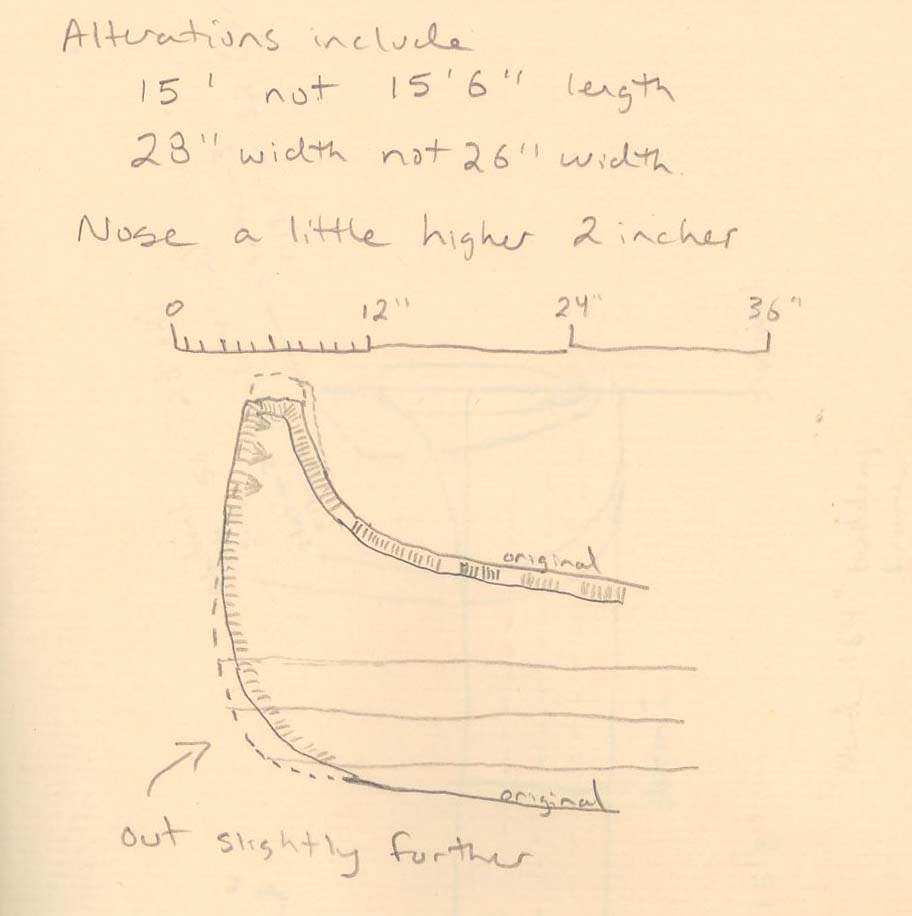 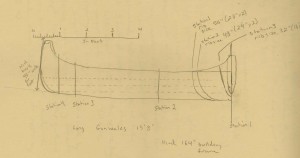 As we headed for bed that night Grant told Myra and I to get a good night sleep as we were going to be up early the next morning to gather spruce roots before the heat of the mid day.