World War One: How did it all start?

On August 6, 1:30 pm, the public is welcome to attend the opening of the exhibit “The Victoria Crosses of Valour Road” in the foyer of The Manitoba Museum. Many know the story of the three men from the 700 block of humble Pine Street: Corporal Leo Beaumaurice Clarke, Sergeant-Major Frederick William Hall, and Lieutenant Robert Shankland were each awarded a Victoria Cross during World War I for acts of valour.

Pine Street was renamed Valour Road and has become one of those talismans of Canadian memory that reminds us of the men and women that took part in the Great War, in which nearly 10 million soldiers died and about 20 million were wounded world-wide.

The Great War, the “War to End All Wars”, began on July 28, 1914 with a declaration of war on Serbia by Austria-Hungary. This was 100 years ago, and to many folks the reasons for the war are hazy at best. The world of 1914 seems so remote from today’s realities and some of the countries that participated no longer even exist. Yet that war continues to reverberate in geo-politics and even in our daily lives.

With the arrival of the Victoria Cross medals from the Canadian War Museum, I felt it was important to outline what the war was about. In Part I I’ll talk about what started the war and which countries got involved and why. In Part II we’ll explore how WWI unfolded and what part Canada played. Finally, in Part III I’ll talk about how it ended and what the war actually accomplished.

And speaking of countries that no longer exist, the first real belligerent in this series of events was the Austro-Hungarian Empire/Dual Monarchy (a strange bi-national combination). On June 28, 1914, 19-year-old Gavrilo Princip assassinated the Austrian Archduke Franz Ferdinand in Sarajevo, which was part of Austria-Hungary. Princip was a Bosnian Serb and a citizen of the Empire, but he attacked Ferdinand as a terrorist in the name of Bosnian-Serbian independence. Austria-Hungary accused Serbia of assisting the killer (which in fact it did, with an organization called “The Black Hand”). Germany was Austria-Hungary’s main ally and with their backing war was declared on Serbia on July 28.

Why would Germany agree to this? The Germans felt they were threatened by various developments on the continent, something they called “encirclement”. They knew they were the most war-ready and powerful nation in Europe, but they were worried their advantage was slipping away. Basically they wanted a controlled zone of buffer states as protection against Russia and France. Austria-Hungary and Germany knew that an attack on Serbia might draw in the Russians. The Russians indeed mobilized, and Germany declared war on Russia and its ally France on August 1 and 3. The Germans then demanded that Belgium allow free transport of German troops, and this helped to draw in the British, who declared war on Germany on August 4. And of course Great Britain had a vast global colonial network from which to draw troops. Canada (which declared war on August 5), Australia, India, South Africa and others all contributed to making the conflict a true world war. Meanwhile Italy joined the “Allies” and the Ottoman Empire joined the Germans.

So that is how it started – an assassination gave Austria-Hungary a pretext for declaring war, which drew in a host of allied states. But what no one knew was how the war would unfold or how it would end. 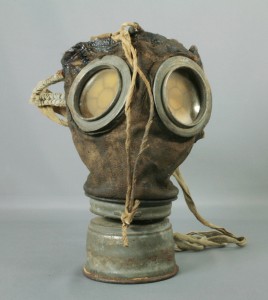