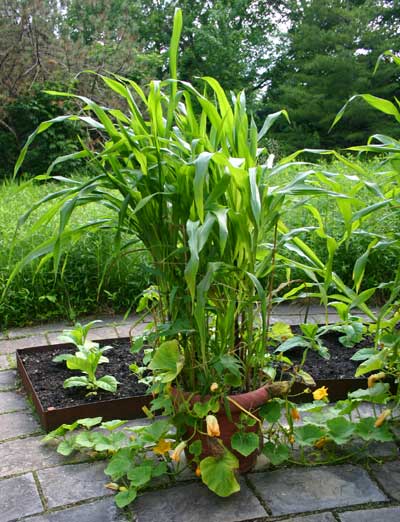 In my opinion, one of the greatest impacts that America’s First Nations have had on the world was through their crop breeding. Unfortunately, most people don’t know much about food history and sadly the contributions of First Nations to world cuisine are often taken for granted. But First Nations crop plants have provided us with many of the most widely eaten and nutritious foods in existence (as well as some of the tastiest). So here is part one of my list of the top ten best foods from the Americas (in order of my own personal preference-it is my blog after all!).

10. Wild Rice (Zizania aquatica)
The only grain native to Canada, wild rice has been harvested by First Nations for several thousand years. The Boreal Forest gallery at The Manitoba Museum displays a birchbark bowl and knocker that was used traditionally to harvest the rice. Recently, wild rice has become popular due to its high protein and fibre content, and lack of gluten. Wild rice is popular in pilafs, casseroles and salads and wild rice flour can be used to make a variety of baked goods. 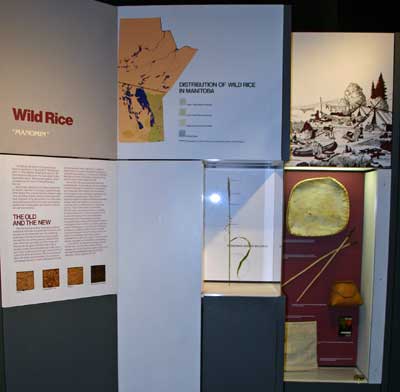 Wild rice exhibit in the Boreal Forest Gallery of The Manitoba Museum.

9. Squash (Cucurbita spp.)
All of the squashes (acorn, butternut, gourd, hubbard, pumpkin and zucchini) came from central and South America. In fact, squashes are one of the oldest known crops being found in 10,000 year old archaeological sites in Mexico. These vegetables are a good source of vitamins, minerals and carotenes. Although often eaten in sweet dishes in North America (pumpkin pie, zucchini cake or muffins), squashes are popular in many savory dishes in Mexico (chilli, soup), Europe (ratatouille) and Asia (curry).

Squashes and gourds were originally grown by America’s First Nations.

8. Quinoa (Chenopodium quinoa)
Hailed as a super food by vegans and vegetarians for its complete protein levels, this seed has increased in popularity partly because it is a healthy, whole grain. Quinoa has been eaten by South Americans for about 7,000 years. However, Quinoa production plummeted for a time as Spanish conquistadors in South America forbade the Andean peoples from cultivating it due to its association with traditional religious ceremonies. Fortunately, some of the Andeans continued to grow quinoa because it tolerates dry, somewhat saline soils at high altitudes where other crops cannot thrive. Quinoa is everywhere now, stuffed into vegetables, pilafs, grain salads and even breakfast cereal.

Nothing keeps your intestines happier than the musical fruit! Legumes like beans and peanuts are an excellent source of protein and fibre.  Bean varieties were bred in both Mexico (~7,000 years ago) and Peru (~8,000 years ago).  Beans, along with corn and squash were part of the classic Three Sisters agriculture practiced by First Nations in Canada and the United States.  Beans are eaten fresh, canned or frozen as green beans and dried in soups and stews or cooked in savory sauces. Native to Argentina and Boliva, peanuts have been cultivated for over 3,500 years.  Peanut butter is popular on bread, in sauces, stews and curries, and in candy bars and cookies.  Nowadays peanuts are grown in many tropical and subtropical countries around the world.

6. Peppers (Capsicum spp.)
Peppers have been giving humans a spicy thrill for over 5,000 years. Whether you like them sweet or hot, all peppers (also called capsicums or chilis) were first cultivated in central and South America. Peppers became most popular in warmer climates such as the Mediterranean and southeast Asia where they benefit from the long growing season. Rich in vitamin A and C peppers are enjoyed raw, powdered as a spice or cooked in sauces.

Stay tuned for the final five foods coming in May!