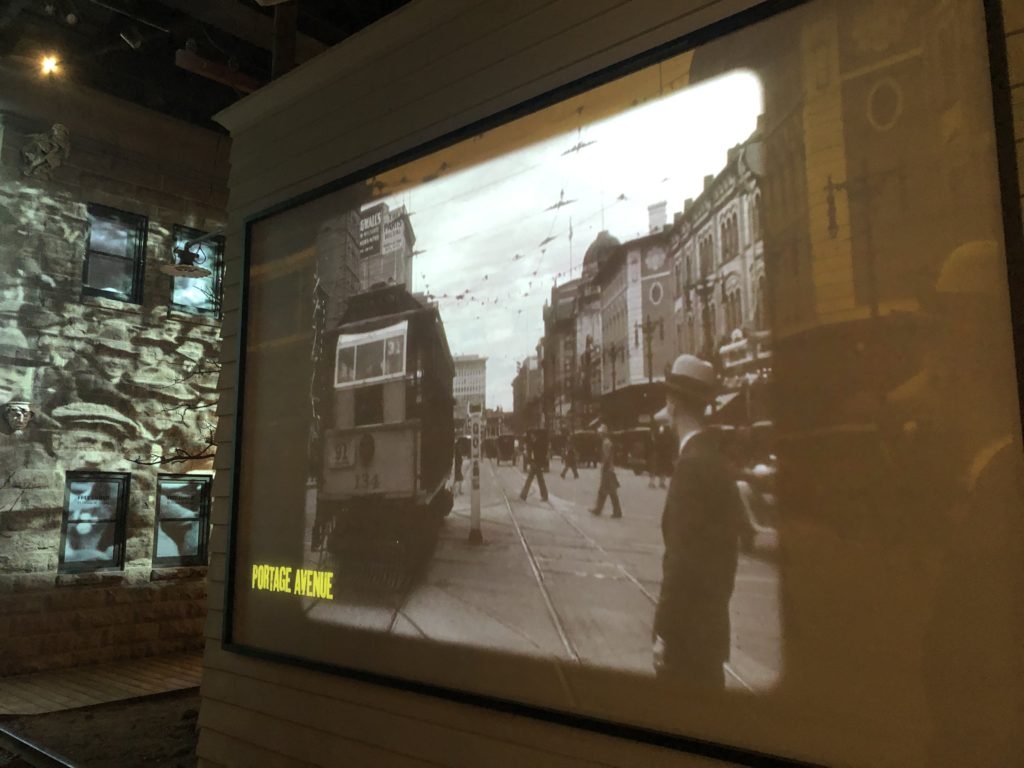 One of our most popular exhibits at the Museum is the “Winnipeg 1920 Cityscape”. Built in 1974, it used to be called the “Urban Gallery.” It’s the immersive experience of this gallery that makes it so popular. People love to walk through the buildings, turn corners, step through doors, discovering bits of history as they explore.

But in my time at the museum I noticed a few issues with this family favourite. The biggest problem? Very few people knew what they were visiting! People called it the “old town,” “the prairie village,” and even “the mining town!” In fact, it was always meant to represent Winnipeg in the year 1920. Through the years, our Learning and Engagement team has done a great job of interpreting the space for school groups, but there was very little interpretation for the casual visitor. Many of the buildings were based on fictional places, so we need to update the gallery so they are based on real Winnipeg businesses and institutions (and people). Finally, the gallery kind of felt like a ghost town. But Winnipeg in 1920 was Canada’s third largest city, bustling with people of many backgrounds!

We had work to do, to educate visitors while enlivening the space. 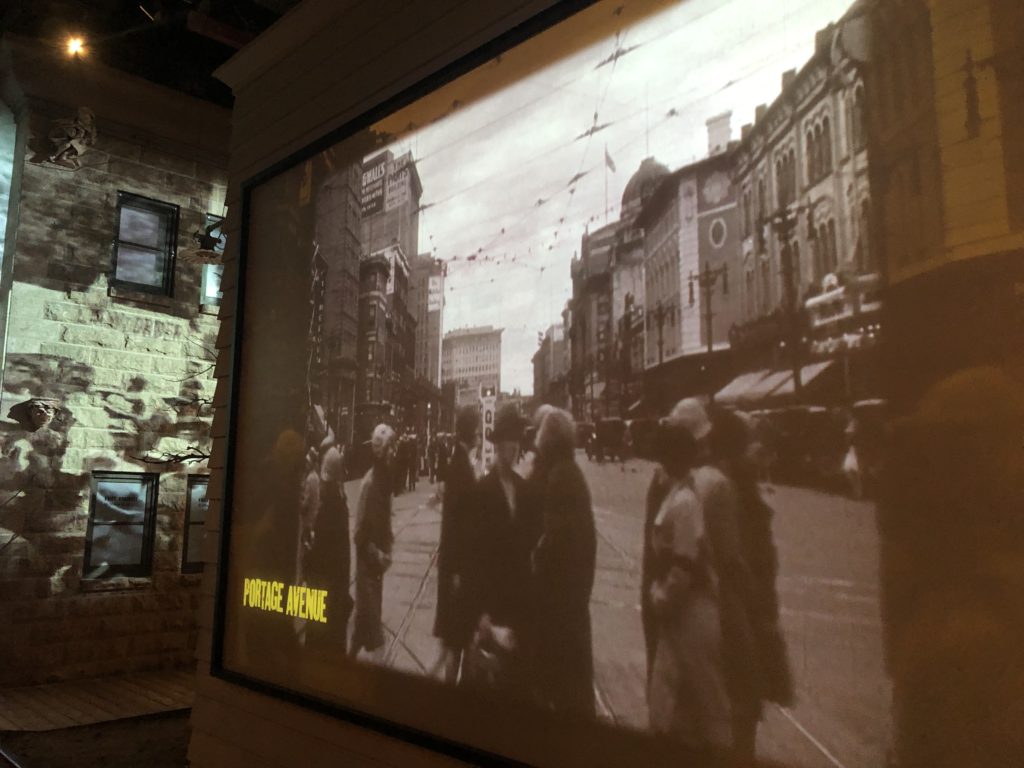 Over the last few years, we’ve been planning how to do just that. We’re just finishing Phase I of a three year project to renew this gallery so it reflects real places and the diversity of people that lived in Winnipeg at the time. Winnipeg in 1920 had a busy Chinatown, a thriving Black community, large groups of Ukrainian, Jewish, and Metis people, among many settlers from Ontario and the United Kingdom. The Winnipeg 1920 Cityscape will reflect this diversity, because it was real and it laid the foundation of who we are today as a city. 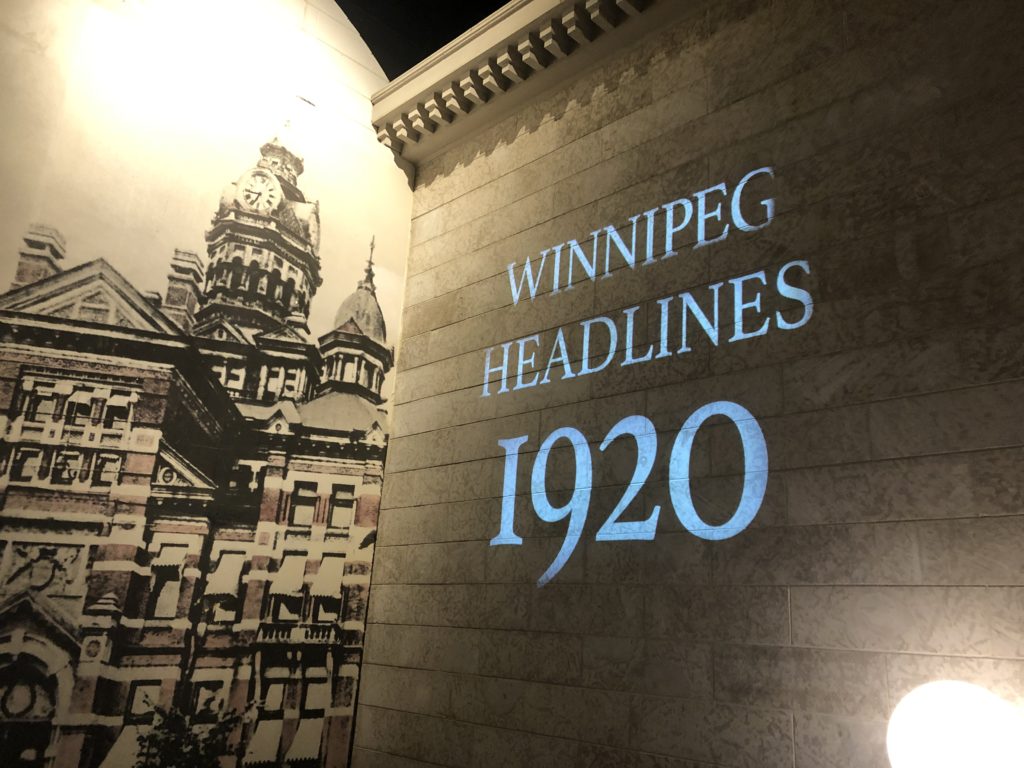 A series of 1920 headlines from the Winnipeg Tribune stream across a stone wall.

This year, you’ll notice some changes. Eleven all new, realistic mannequins inhabit the space, and more are on the way. Audio dialogues can be heard in three of the rooms, with people discussing the Strike of 1919 and the upcoming provincial vote of June 1920, in which some women could vote for the first time. Panels will provide historical context for people and businesses. Video projections on various buildings bring the place to life with film and slides of Winnipeg from the period. Wait till you experience driving down Portage Avenue in 1920! You’ll be thankful for today’s traffic laws. 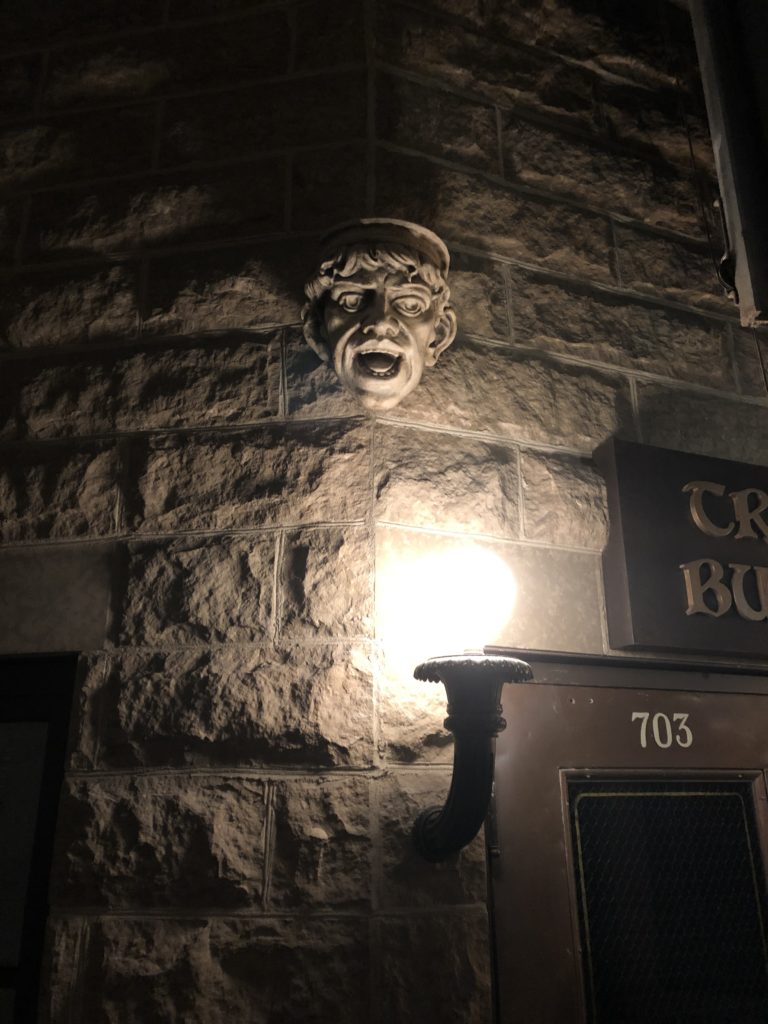 This fine fellow is ready to say hello to any visitor to the Tribune Building. And he’s got some friends…

When you visit the gallery, check out these spaces, which are all new or have important changes. Can you see what’s different? 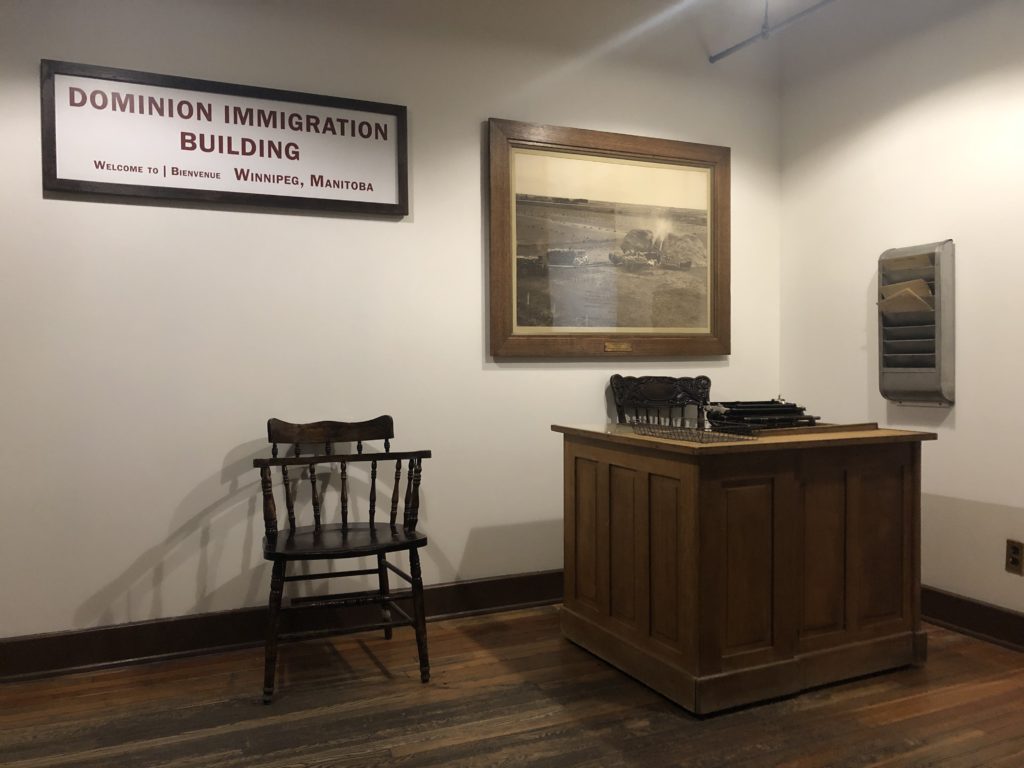 The Dominion Immigration Building at the Canadian Pacific Railway station welcomed thousands of newcomers in the early 20th century.

And that’s just the start!

This project has been generously supported by The Manitoba Museum Foundation and the Province of Manitoba through the Heritage Grants Program.