The Department of History documents and interprets the experiences of newcomers to Manitoba through its research, and by collecting and exhibiting artifacts representative of the material culture these peoples have left behind.

Chronologically, the collections begin with the arrival of the French, English and Scottish, during the fur trade era and emergence of the Métis nation. They continue into the post-Confederation period, with mass settlement of Western Canada in the late 19th to early 20th century. Initially, British immigration predominated, encouraged by federal policies, and then northern, southern and finally eastern European settlers were drawn to western Canada. Small numbers of Asians, Jews, Africans and others also made their way into the region. Gradually over the 20th century, immigration regulations changed, new groups like Filipinos and East Indians were welcomed, and a rich cultural mosaic emerged. This process continues today with the arrival of families from Africa, South America and elsewhere.

The Museum’s History research and collections reflect this diverse multicultural history. They focus on peoples” lives in their homes, at work, and in their many organizations and activities. Significant collections unique to Manitoba include the Loyal Orange Lodge to the Hong Kong Veterans; and from Winnipeg Beach to the Winnipeg General Strike. Research projects may focus on a particular ethno-cultural group or reflect the intercultural experiences of daily life. Resulting exhibits have varied from Norwegian independence and Ukrainian homesteading to Winnipeg firefighters and the wildlife art of Clarence Tillenius. 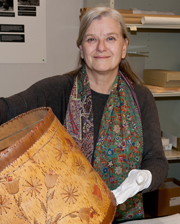