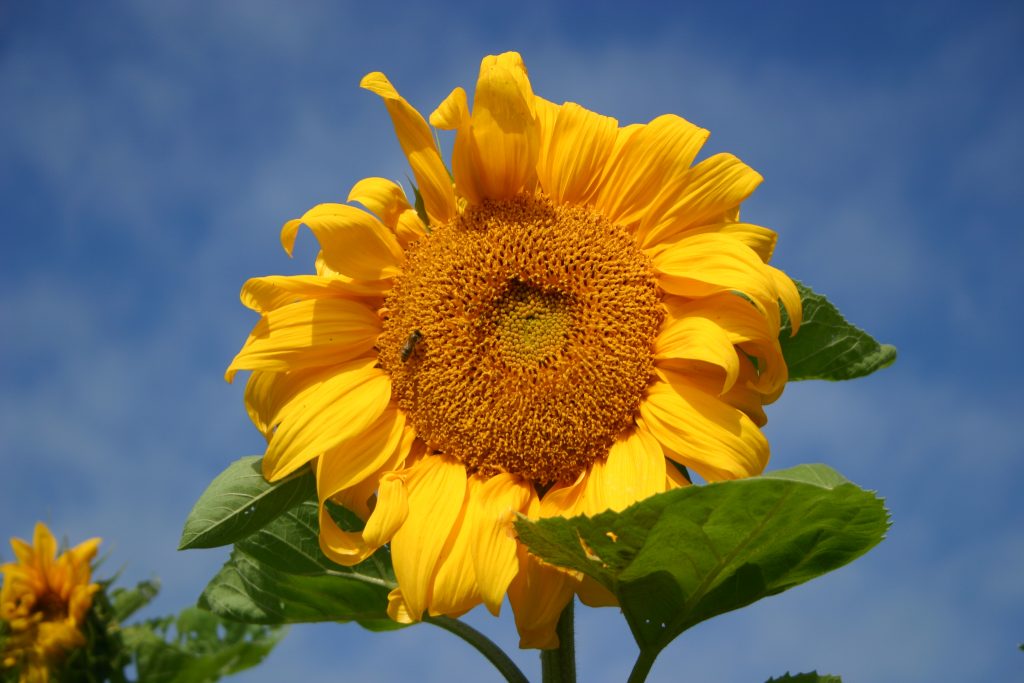 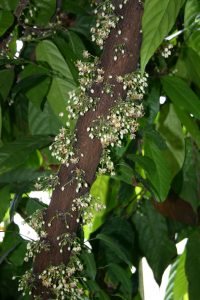 The Andes was where the earliest American crops (e.g. potatoes (Solanum spp.) were domesticated, about 10,000 years ago. Corn (Zea mays) and squash (Cucurbita spp.) domestication began in Central America 8,700 years ago and beans (Phaseolus spp.) shortly after. In the eastern U.S., agriculture was being practiced 3,800 years ago. 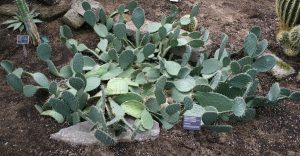 Spread of Indigenous Crops
Crops that were part of the “Eastern Agricultural Complex” in the southeastern U.S. included a variety of nutritious seed plants such as sunflower (Helianthus annuus), goosefoot (Chenopodium berlandieri), bottle gourd (Lagenaria siceraria), marshelder (Iva annua), little barley (Hordeum pusillum) and squash (Cucurbita pepo). Other domesticates that followed include ragweed (Ambrosia trifida), pigweed (Amaranthus spp.), and knotweed (Polygonum spp.).  After ~200 BCE  (before common era) corn, beans and squash from Mexico were brought to this region, and cold-tolerant varieties (e.g. Northern Flint) bred. The productivity of corn was so high that the traditional seed crops fell out of favour and were gradually abandoned. Sunflowers and squash are the only crop plants left from the original Eastern Agricultural Complex that are still grown today. The other species have largely reverted to their wild state. Some of these species are considered “weeds” in croplands today even though they are still edible.

Sunflower (Helianthus annuus) is one of the only crop plants from the “Eastern Agricultural Complex” that became a modern crop plant.

Agriculture Spreads to the Northern Plains
Most people are surprised to find out that Indigenous people were practicing agriculture in the Dakotas and Manitoba in the early 1400’s. In 1986, Manitoba Museum Curator Dr. Leigh Syms unearthed evidence that corn, beans, squash and sunflowers were being grown as far north as Lockport during that time (http://www.mhs.mb.ca/docs/mb_history/31/firstfarmers.shtml).  These three plants were traditionally grown close together, with the beans climbing up the corn stalks and the squash helping suppress weeds (Wilson 1987). Raising plants in this manner improved the fertility of the soil as beans harbour special bacteria that turn gaseous nitrogen into a form available to all plants (ammonium or nitrate). Together, these three plants were the foundation of a healthy, vegetarian Indigenous diet. Sunflowers, often called the fourth sister, were typically grown along the edges of Indigenous fields, and provided an additional source of fat and protein (Wilson 1987).  Climatic changes which resulted in a shorter growing season, and population losses due to diseases introduced after European contact in 1492, may have resulted in the abandonment of the cropland in Manitoba.

Columbian Exchange
After Europeans arrived in the Americas, crops from Eurasia (e.g. wheat, barley, oats) were brought here while American crop plants were transported to Africa, Asia and Europe; this process was known as the Columbian Exchange. Sometimes the new American foods were embraced readily (e.g. beans) but others were not, particularly those in the nightshade family (e.g. tomatoes, potatoes and peppers). In Europe, nightshade plants are mainly poisonous rather than edible, so people were suspicious of them. In France, people initially rejected the potato (they thought it caused leprosy) but King Louis the 16th was convinced by the agronomist Antoine Parmentier that it was a good food plant to grow. Apparently, Parmentier had potatoes planted in the Kings’ gardens and then set guards around them to prevent thefts (although the guards were told to accept bribes). This reverse psychology apparently worked and after some people got their hands on the potato, its cultivation spread. Many American crops are now an integral part of European, African and Asian food culture. However, introduction of these new foods did cause some problems.

People in warmer parts of Europe and Africa readily adopted corn because it was so much more productive than other crops. But after doing so, a strange new disease began affecting poor people who were relying mainly on corn for food. This disease is pellagra, a condition that causes dermatitis, diarrhea, dementia and eventually, after four or five years, death. Physicians were confused about this new diet-related disease because they noticed that even though Mexicans ate a lot of corn, they rarely got pellagra. The answer to this puzzle was in Indigenous food culture. Corn was often softened by soaking it in an alkaline solution. This softened corn, known as hominy, is then eaten as is, or dried and ground to make masa, the flour used to make tortillas and tamales, among other things. This process, known as nixtimilization, increases the bioavailability of niacin (vitamin B3) and tryptophan in corn. Pellagra is caused by a deficiency in niacin and tryptophan in the diet. In Europe, Asia, Africa and, even among poor, non-Indigenous people in the southern U.S. , people were just drying the corn, grinding it up and cooking it in dishes like cornbread or polenta. Eaten in this manner, with no other foods containing niacin in the diet, pellagra is the result. Another aspect of Indigenous food culture that was not taken to heart was the custom of eating corn with niacin-containing beans, resulting in a balanced diet.

Food Culture and Reconciliation
Racism, and the intellectual and cultural arrogance that accompanies it, has caused tremendous human suffering. Colonization and the discouragement of traditional Indigenous agricultural practices and cooking, resulted in the near loss of ancient varieties of crop plants such as quinoa, as well as the memory of how these foods should be grown and prepared. It is heartening to see Indigenous peoples embracing their gastronomic legacy by planting Three Sisters gardens, writing cookbooks featuring pre-colonial foods (e.g. The Sioux Chef’s Indigenous Kitchen, Cooking with the Wolfman, and tawâw) and opening innovative restaurants (e.g. Ishkode Indigenous Pop-up https://aptnnews.ca/2019/10/25/indigenous-pop-up-showcases-traditional-eats-in-a-modern-world/). Part of reconciliation is simply accepting that Indigenous culture is valuable. Another part is supporting the efforts of Indigenous peoples in keeping their culture alive. Food has a way of bringing people together so maybe the path forward is to sit down and share a meal together.