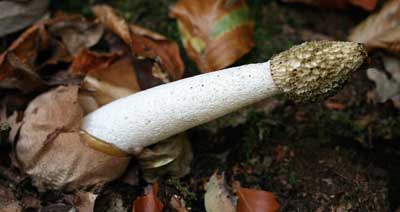 Compared to colourful birds with elaborate mating rituals and studly male mammals fighting over whom gets to mate with a harem of females, the sex lives of plants and fungi seem downright boring. To counter this perception I am pleased to bring to you my list of Canada’s sexiest plants.

Sexiest Name: Rigid Pine (Pinus rigida)
To understand why Rigid Pine has a sexy name you need to know a few things about how to pronounce its Latin name: Pinus rigida. Technically the correct pronunciation of Pinus  in Latin is PEE-nus, which sounds a heck of a lot like, um, well you know. Saying the correctly pronounced genus name (as many European scientists do) with the species epithet of “rigida” afterwards is enough to get an entire crowd of botanists at a conference tittering like schoolgirls. This is why Canadian scientists prefer to pronounce it incorrectly as PIE-nus. Ah Rigid Pine, your mere name evokes sexual images in us all! 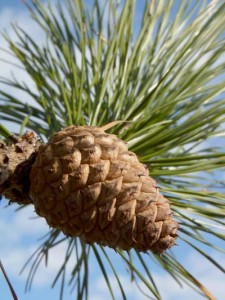 A hard, erect cone of Rigid Pine. From Wikimedia Commons

Sexiest plant-pollinator relationship: Western Prairie Fringed Orchid (Platanthera praeclara)
This plant, with its tall flowering stalks and strong fragrance is not trying to attract humans, although it certainly achieves that goal. Instead the object of its affection is the Cherry Sphinx Moth. On moonlit nights the moths, attracted to the intoxicating fragrance of the orchid, hover in front of the delicate petals, slowly unfurl their coiled tongues then gently insert them deep into the spur of the orchid to reach the sweet, sweet nectar that lies within. Whew! Is it just me or did it suddenly get hot in here? 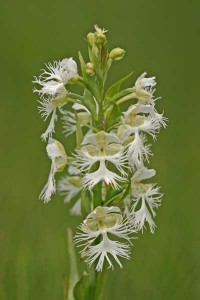 The fragrant, sexy flowers of this orchid attract graceful moths for a moonlight rendezvous.  The Manitoba Museum.

Sexiest fragrance: Fragrant Water-lily (Nymphaea odorata)
This captivating water-lily is so popular that humans regularly grow it in backyard ponds to appreciate its gorgeous perfume. The alluring fragrance captivates more than humans: insects like beetles and bumblebees brave long journeys over water where they could easily drown to partake of the rich succulent pollen that is being offered by the plant. The scientific name alludes to the captivating beauty of these plants, referring to the water nymphs described in Greek and Roman mythology. 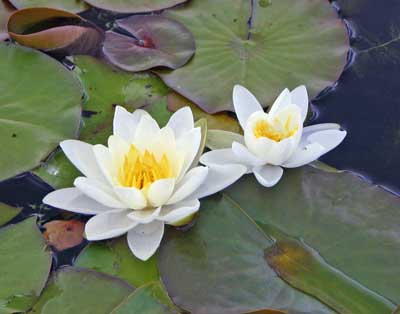 Popular for their sexy fragrance, humans like to grow these water-lilies in ponds. The Manitoba Museum

Sexiest fungus: Stinkhorn (Phallus spp.)
My first impression of the discipline of mycology was that it was the least sexy subject you could take in biology, fungi being the main organisms involved in decay. Stinkhorns however, completely changed my mind. Stinkhorns are smelly fungi that look very similar to a certain organ on a man’s body, consisting of a round cup-like base, a long shaft and a cap at the end with a little hole at the tip that emits spores. The scientist that named this genus, Carolus Linneaus, rather boldly named it Phallus. The most common species in Canada is Phallus impudicus, which roughly translates to “shameless erect penis fungus”. I’ll never forget the first time I encountered a species of Phallus  in the wild. I was really excited to finally see one of them in the “flesh” but, I have to admit I was disappointed that it was so small.

Stinkhorns are a fungus that looks like a small, you know what. From Wikimedia Commons

Sexiest international plant: Bee orchids (Ophrys spp.)
The sexiest plants outside of Canada have to be the European Bee Orchids. These orchids are so sexy that males of a completely different species want to have sex with them! The orchid flowers look and smell like females bees. Eager young male bees land on these little orchids and try to copulate with them. As they do this, the pollen sacs (pollinia) of the orchid rub off onto to the heads (or sometimes the bums) of the bees. The next orchid those amorous bees visit will receive the pollen sacs and be fertilized. 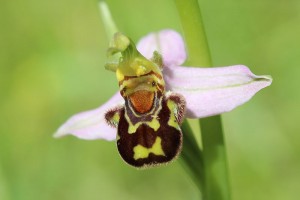 Bee orchids are so sexy that bees want to mate with it! From Wikimedia Commons