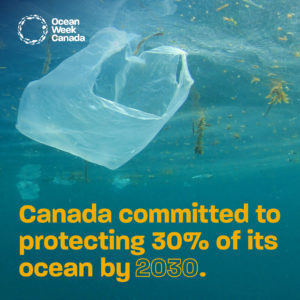 The health of the global ocean and freshwater ecosystems, as well as the biodiversity they each sustain, are critical for our community, cultural, and economic well-being. Pollution, climate change, habitat loss, and many other factors related to human activity pose a risk to our water systems and the species that live there. Action must be taken to not only protect these species, but to actively rebuild their populations.

The issue of plastic pollution is a growing problem. Scientists have predicted that by the year 2050, there could be more plastic in the global ocean than fish (by weight). Plastic debris can lead to suffocation and entanglement for marine species. Its ingestion by wildlife can lead to starvation, stunted growth, and reproductive problems; plastics also pose a threat to human health as toxins and microplastics are introduced into our food web.

Local waterways flow into watersheds that eventually lead to the ocean, acting as an avenue for any pollution or debris left to travel. Bottom line: we are all connected and our actions matter!

Dive into this hands-on workshop, developed by the Canadian Museum of Nature and Ingenium to promote the importance of aquatic health throughout Canada.

Visitors will have the opportunity to program a RiverBot (line tracking robot) to gobble up plastic garbage in a river; use handheld microscopes to investigate aquatic organisms and microplastics samples up close; and then test their knowledge with our water trivia game.

GET YOUR HANDS ON SOME SCIENCE

The Explore Science Zone (ESZ) is the Science Gallery’s hands-on activity space. It serves as a  science theatre,  laboratory, display space for temporary exhibits, and hands-on activity centre. An ever-changing slate of activities is presented, from hands-on science play for our youngest visitors to special lectures by visiting scientists from around Manitoba. Stop in and see what’s happening this week!