2023’s first month brings a good view of most of the planets in the evening sky, a short-lived but intense meteor shower, and a few good opportunities to see the Moon close to a planet. 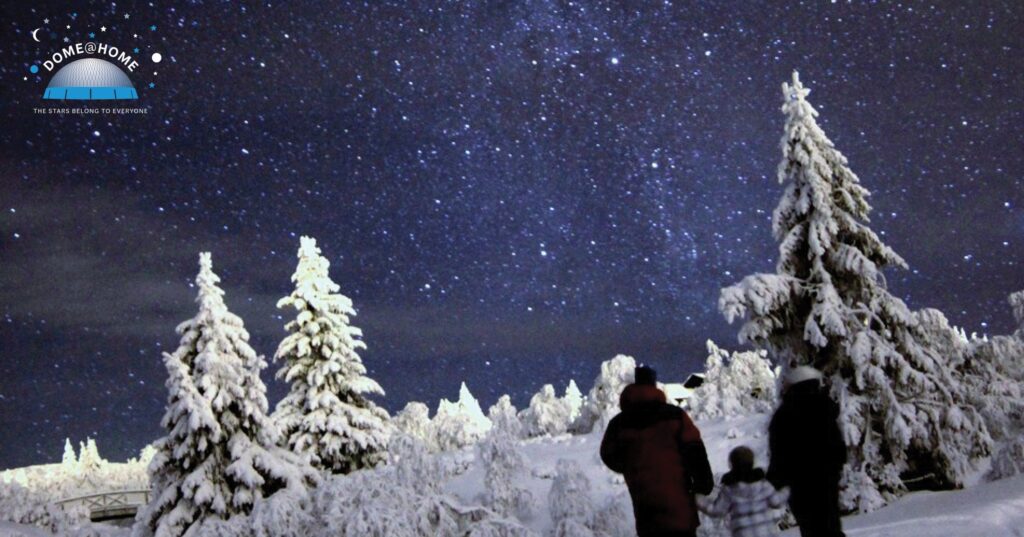 Mercury disappears into the twilight glow early in the month, ending late December’s “parade of planets”. Towards the end of the month it reappears very low in the morning sky before sunrise.

Venus is low in the evening sky this month, very low in the southwest after sunset. Due to its brightness it is visible even when quite low. ON January 22 Venus passes close to Saturn.

Mars still shines brightly high in the sky in Taurus, above the V-shaped star cluster known as the Hyades. Although past its best, Mars is still bright and relatively large due to its closeness to Earth. The gibbous moon is near Mars on the night of January 3rd.

Jupiter is low in the southwest at the start of evening twilight, and sets before midnight. Still bright and beautiful, Jupiter shows off its four largest moons in binoculars and its amazing cloud belts in any telescope.

Saturn is very low in the southwest as darkness falls, and sets around 7 p.m. You’ll probably only notice it around January 21st through 23rd, when much brighter Venus is nearby and visible in the same binocular field of view.

All times are given in local time for anywhere around the world at mid-northern latitudes, unless it’s an event which occurs at a specific moment – then the time is given in Central Standard Time – the local time for Manitoba. All sky views are created with Stellarium software (stellarium.org).

Wed 4 Jan 2023 (evening sky): The Quadrantid meteor shower peaks early in the morning today, although the bright light from the nearly-full Moon will wash out most of the action. You can still expect as many as 20 meteors an hour in the hours before dawn.

Wed 4 Jan 2023: The Earth also reaches perihelion today, its closest point to the sun in its slightly-elliptical orbit.

Sun 22 Jan 2023: Venus passes near Saturn in the evening sky, low in the southwest after sunset.

Wed 25 Jan 2023: The crescent moon is below Jupiter in the evening sky.

Mon 30 Jan 2023: The gibbous moon passes just under Mars, a near-miss version of last month’s lunar occultation. THe pair are closest at about 11:30 p.m. Central time.