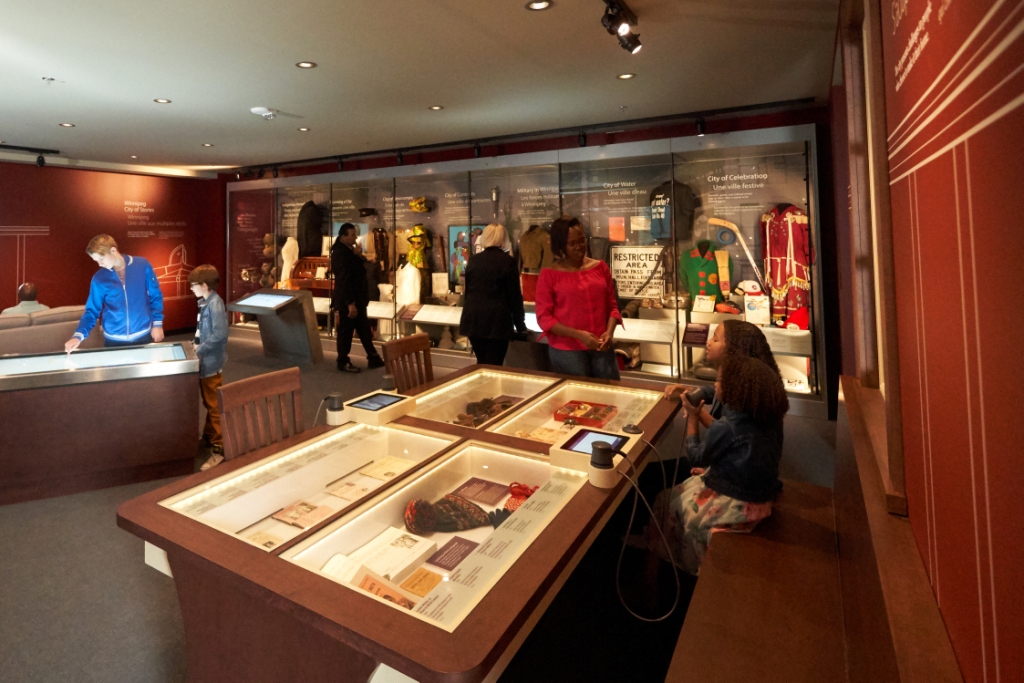 The NEW Winnipeg Gallery provides multiple unique experiences to explore the history of our dynamic city.

A timeline film framed by the Eaton’s Building entrance presents the chronological history of Winnipeg.

The prairie city is explored through themes that run through our history, such as Winnipeg as an Indigenous Homeland, as a City of Newcomers, or as a City of Celebrations. These themes are presented in a seven-meter long case full of artifacts never before seen by the public.

The experiences of people who have moved to the city are shared through personal story-telling in interactive video and audio areas.

A state-of-the-art touchscreen table provides the opportunity to understand how the city has changed over time by exploring digital maps, pinning specific locations, and even releasing virtual floodwaters and a plague of locusts!

Finally, the Personalities Wall showcases 30 individuals in Winnipeg history from the 1870s to the present, who are part of the fabric of our community. 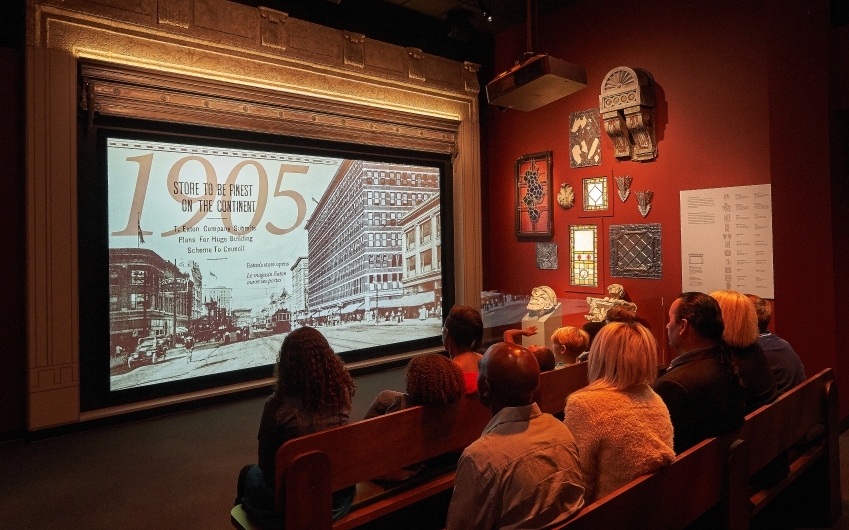 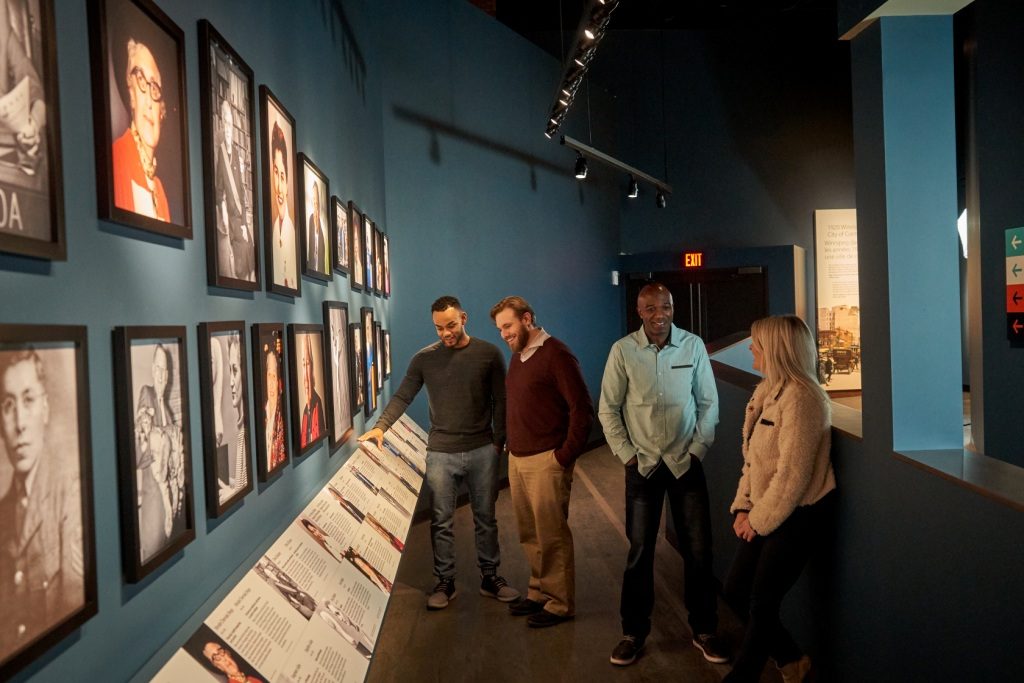 The Winnipeg 1920 exhibit has temporarily been transformed for, Strike 1919: Divided City, as a commemoration the 100th Anniversary of the Winnipeg General Strike.