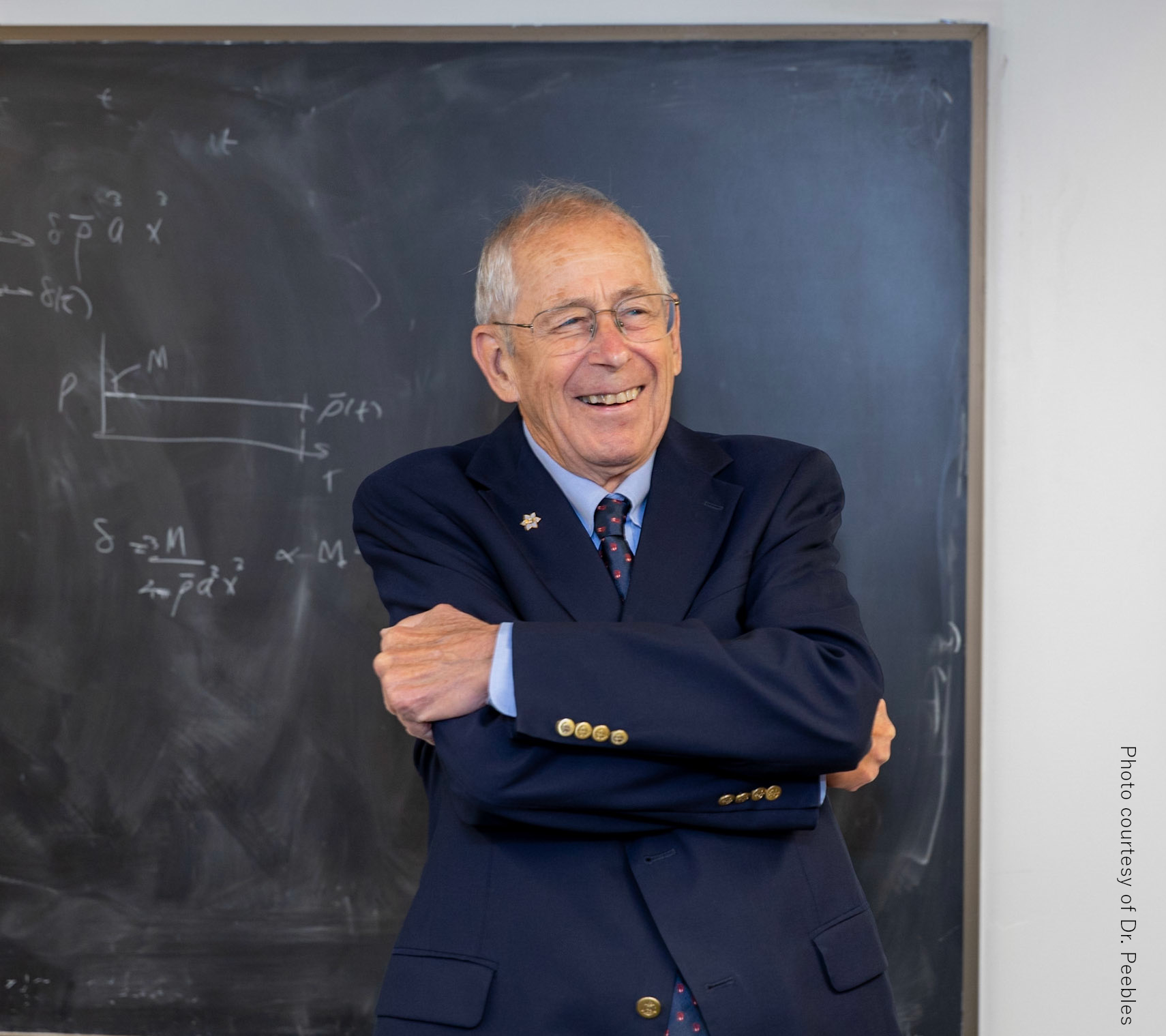 Join us for a presentation followed by a Q & A session by live video with Manitoba’s very own Nobel Prize Winner in Physics, Dr. James Peebles. Experience the Science Gallery after hours and an exclusive Planetarium show.

Dr. James Peebles, winner of the 2019 Nobel Prize in Physics, was born in St. Boniface and obtained his Bachelor of Science (Hons) from the University of Manitoba in 1958.  He went on to study at Princeton University where he obtained his Doctorate and continued his research in cosmology while teaching physics as the Albert Einstein Professor of Science.  His work has led to worldwide recognition and awards, including the Shaw Prize and the Crafoord Prize.  In 2017, Dr. Peebles was recognized with the highest honor in the province, the Order of Manitoba.  Though retired from teaching since 2000, Dr. Peebles still continues to pursue his research into dark matter, galaxy formation, and other underappreciated subjects.

The evening is part of our new Dark Matters series, which brings researchers, scientists, and experts together with the public for informal evenings throughout the year.  The evening is adults only (18+).  Tickets may be purchased online in advance and a cash bar will be onsite.