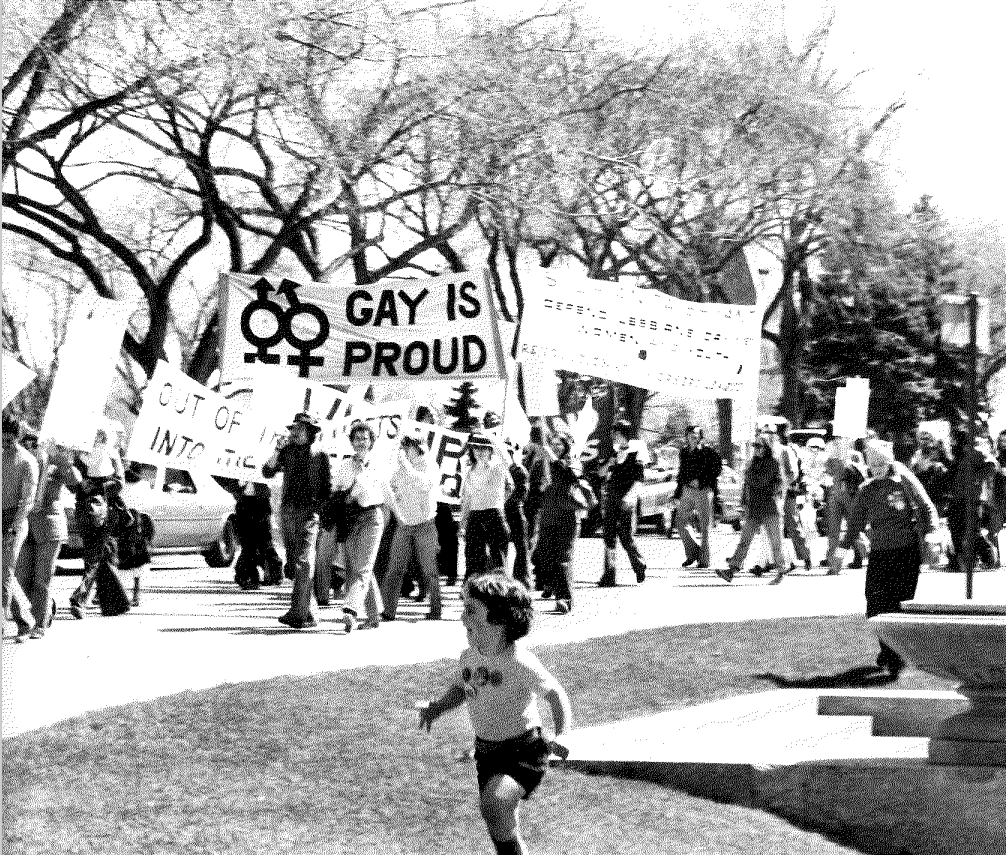 This program is the first in our Community Voices series where we will present diverse voices and eclectic stories of Manitoba history, nature, and science.

In honour of LGBTQ2+ History Month, we are pleased to present Queer Eyes on Manitoba History, a FREE virtual program that will share highlights of Manitoba’s history from a Queer perspective.

Our presenters Greg Klassen and Noam Gonick have been delving into Manitoba’s Queer history. They’ve been talking to trail blazers, community leaders, and those who have quietly made an impact on the community outside of the spot light. Along the way, they have uncovered many great stories and will share a few of them with us.

Register HERE to join us on Zoom or tune in on Facebook Live.

Greg Klassen (he/him) grew up in Southern Manitoba as part of a conservative Mennonite community, coming out at the age of 18 in 1982. He has spent his nearly 40-year career promoting the performing arts in Vancouver and Winnipeg and participated as an athlete in Gay Games 1986 (San Francisco) and Gay Games 1990 (Vancouver). A long-time resident of Winnipeg, Greg married his long-time partner (an original member of the Body Politic Collective) in 2012. He has been a social activist his entire adult life and is interested the intersectionalities of sexuality, race, and gender.

Noam Gonick (he/him) is a member of the Royal Canadian Academy of Arts and the Director’s Guild of Canada who creates public art and directs films. Noam has an enduring interest in social activism, sexuality, and our connections across racial and class divides, often influenced by the hometown, Winnipeg. Uprisings, protests, marches, and dancing are recurring motifs across a variety of media.

Image: A protest against Anita Bryant, a well known celebrity who campaigned against gay rights. 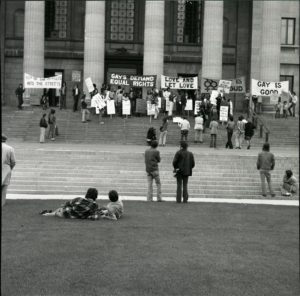 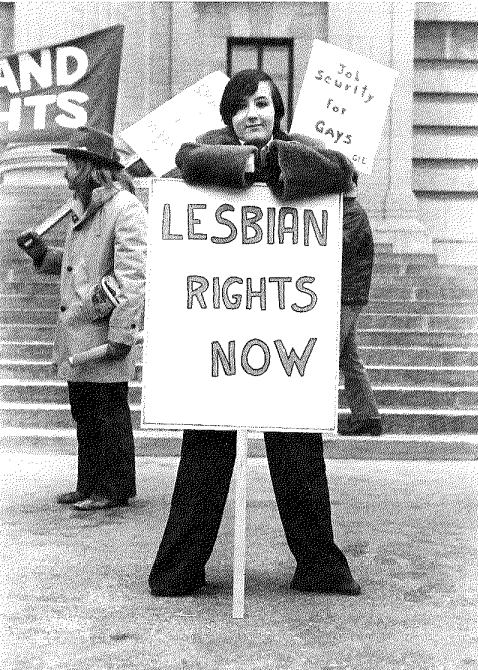