The Manitoba Museum is pleased to announce the launch of our newly enlarged and improved Alloway Hall with a very special exhibit: World’s Giant Dinosaurs. This exhibit presents a touring collection of some of the world’s largest dinosaurs. Fossils, casts, robotics, videos, and other media are used to illustrate the story of how dinosaurs evolved to such immense sizes, and how they dominated life on land for well over 100 million years. Twenty dramatically-lit dinosaur skeletons and robots, up to more than 60 feet in length, illustrate new scientific discoveries that are allowing us to learn much more about these amazing life forms.

World’s Giant Dinosaurs provides a broad and exciting survey of these fascinating creatures, including meat eaters and plant eaters, large and small. They are drawn from most of the 170 million years in which dinosaurs were the dominant land animals, and from many parts of the world including western North America, Argentina, China, Mongolia, and Europe. Some of the dinosaurs are represented by both skeletons and robotics or sculptures; visitors can see the internal structure of the creature and its external appearance.

The largest dinosaurs may have weighed up to ten times as much as any land mammal; how was this even possible? Considering the history of dinosaurs through the Triassic, Jurassic, and Cretaceous periods of deep time, visitors see how early forms such as Plateosaurus were replaced by a diverse suite of creatures including long-necked Jurassic super-giants such as Mamenchisaurus, and very small Jurassic and Cretaceous forms such as Compsognathus and Protoceratops.

Other exciting ideas about dinosaurs are also explored, including the relationship between advanced theropods, such as Velociraptor, and their living relatives, birds. Did birds evolve from dinosaurs? Were some dinosaurs warm blooded?  How did their hearts and circulatory systems function? Learn the answers to these and other questions as you examine life-size skeletons and robotic reconstructions.

Families will enjoy a variety of hand-on activities including a dig pit.

Summer Day Camps • Your kids will love a week with Dinosaurs along with a variety of hands on science and immersive history. Register now.

Schools • May 22 to June 30, your class will love a self-guiding tour of World’s Giant Dinosaurs. Learn more about our school programs here.

Groups • Groups of 10 or more (including daycares, Scouts and Guides) will enjoy hands on activities: uncover fossils in the dig pit, touch fossil skin impressions, and compare your size with these ancient giants (groups must book in advance to receive a discount). Call 204-988-0626 or [email protected] 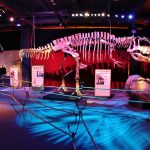 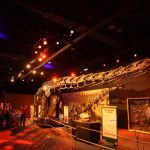 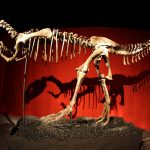 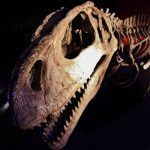 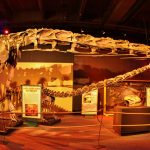 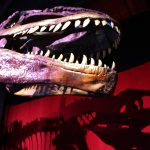 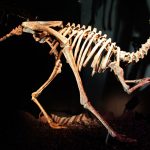 World’s Giant Dinosaurs is presented by