Vikings of the First World War: Icelandic Canadians in Service 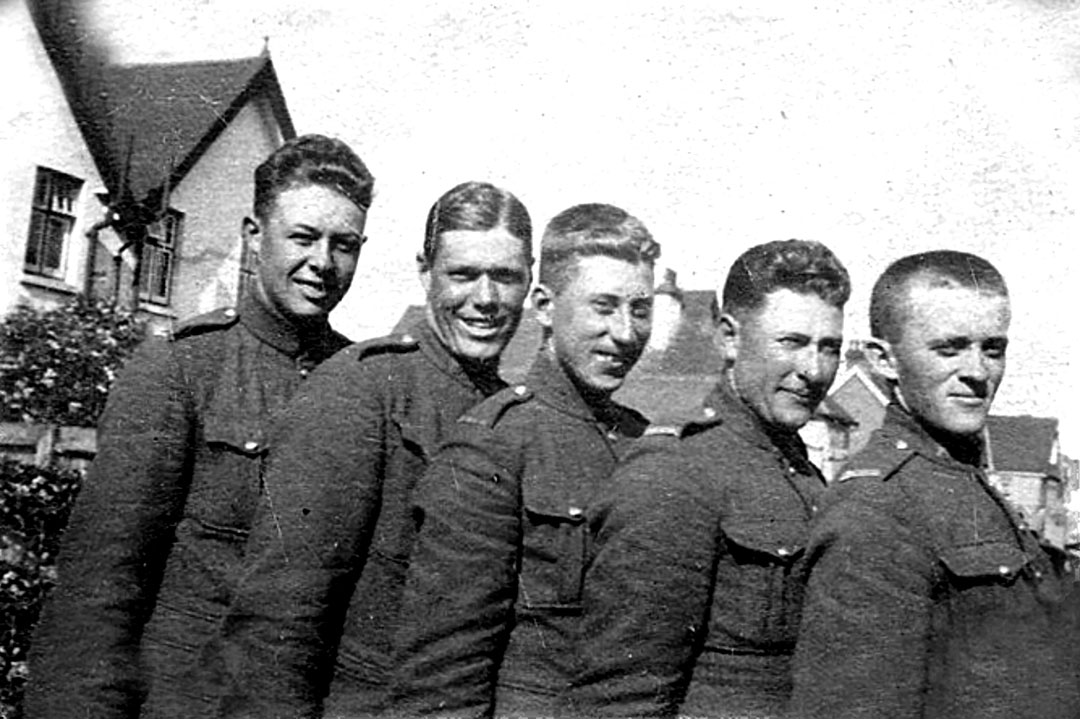 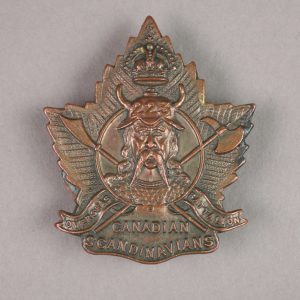 In commemoration of the 100th anniversary of the end of the First World War, this exhibition explores the stories of Icelandic Canadians who served with the Canadian Expeditionary Forces in Europe. The exhibition features medals, photographs, letters, and other artifacts from Manitoban Battalions. It also includes a multimedia, multi-screen video installation from the National Museum of Iceland.

During the First World War, over 1,000 Icelandic Canadians joined the war effort, serving as soldiers, nurses, and medics. They organized in Winnipeg in 1916 under different Battalions, including the 197th (Vikings of Canada) and the 223rd (Canadian Scandinavians). Most sailed to Europe in the autumn of 1917.140 of these volunteers were killed in action.

Icelandic Canadians featured in this exhibition include three brothers from the Einarsson family, Joe, John, and Villi, who grew up in Saskatchewan but later came to Manitoba to volunteer.  Also featured are medals and a bronze maquette of Sir William Stephenson, an Icelandic Canadian who became an ace pilot during the First World War, later becoming a spymaster for the Allied Forces during the Second World War.

The exhibit includes a hand-crafted reproduction of the Winnipeg Falcons’ original Olympic uniform. The Falcons were a hockey team founded in 1911 by Icelandic Canadian athletes. They were excluded from the larger leagues in Winnipeg because of their Icelandic heritage. During the First World War, seven of the Falcons enlisted in the army and two, Frank Thorsteinson and George Cumbers, were killed overseas. The team reunited after the war and went on to win Canada’s first Olympic gold in Hockey in 1920.

The multimedia video installation, “To Pluck a Flower from this Peculiar Place,” was curated by Kristin Maria Hreinsdottir in collaboration with the National Museum of Iceland and the University of Iceland.

Background; Iceland does not have a history of warfare. Isolated in the North Atlantic Ocean and part of neutral Denmark during the First World War, Iceland was not part of the allied war effort. Icelanders first arrived as settlers in Manitoba in 1875. During the 39 years before the start of the First World War in 1914, they had become loyal British subjects while retaining their Icelandic language and many cultural customs.  Icelandic Canadian churches, newspapers, and political leaders supported the War.