Terry Fox: Running to the Heart of Canada 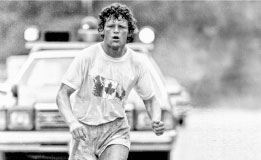 Entry to the Terry Fox exhibit is included with the purchase of admission to the Manitoba Museum.

The Manitoba Museum is commemorating Terry Fox’s heroic Marathon of Hope by presenting the most comprehensive exhibition ever organized depicting the run and Terry’s remarkable and continuing legacy. Terry Fox: Running to the Heart of Canada opens on July 14, 2016.The exhibit provides an in-depth look at Terry’s epic 143-day, 5,373-kilometre journey from St. John’s, Newfoundland to Thunder Bay, Ontario. It explores Canadians’ deep and abiding affection for Terry and examines his unique place in our collective memory.

Developed by the Canadian Museum of History, in partnership with Terry Fox’s family, Terry Fox: Running to the Heart of Canada features a wide array of artifacts and archival materials, displayed together. They include Terry’s journal and artificial leg, and press clippings and media interviews.

TERRY FOX WAS BORN IN WINNIPEG

THE MARATHON OF HOPE

The Marathon of Hope began with little fanfare on April 12, 1980, when Terry dipped his prosthetic leg into the Atlantic Ocean at St. John’s and began his grueling marathon-a-day cross-country run to raise money for cancer research. His determination, courage and integrity soon drew the attention – and won the hearts – of Canadians from coast to coast to coast. His journey ended near Thunder Bay, when the cancer that had claimed his leg returned, forcing Terry to abandon the project.

Terry Fox died a national hero in June 1981 at 22 years of age. He collected some $24 million – achieving his goal of raising $1 from every Canadian. Since then, close to $700 million has been raised in his name for cancer research.

Join us as Terry Fox’s siblings – Fred and Darrell – share their memories of Terry, the Marathon of Hope and what it means to return to Winnipeg, where their family lived until Terry was 8 years old.  $11 / $9 for members (Includes admission to the exhibit and the Museum Galleries) Tickets are available here.

Come to the Museum for special activities on Terry Fox Day. Create your own Marathon of Hope t-shirt and tour the exhibit with a self-guided activity sheet. Also see the evolution of prosthetics by comparing Terry Fox’s artificial limb with a modern one presented by Anderson Orthopedics.

The Manitoba Museum has asked Manitobans to help create a mini-exhibit by loaning artifacts and memorabilia that may be tucked away in basements and attics, maybe a class picture or a valentine signed by Terry. “We asked people if they had anything related to the early days of Terry’s childhood, or something from a Terry Fox Run that might be special to contact us,” said Dr. Roland Sawatzky, Curator of History at the Manitoba Museum.

Items have been loaned to form the core of a mini-exhibit include a plaster bust of Terry Fox by sculptor Leo Mol, along with a poster that was printed to announce Terry’s arrival in Winnipeg which was never distributed. A button commemorating Terry’s Marathon of Hope and a 45 rmp record of the song “Run Terry Run” has also been added to the Manitoba Remembers Terry Fox mini-exhibit.

Listen to “Run Terry Run” by clicking the file below.

Many songs were written – inspired by Terry’s run. Here’s another one. 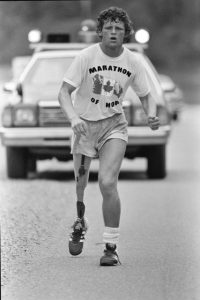 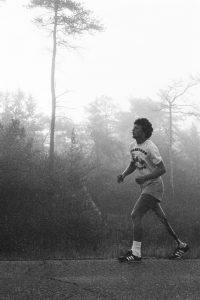 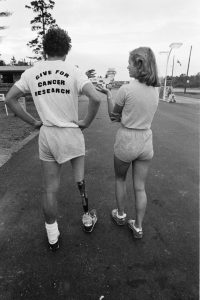 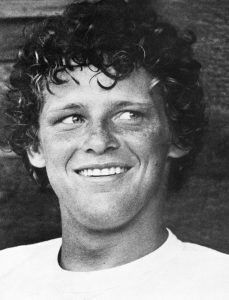 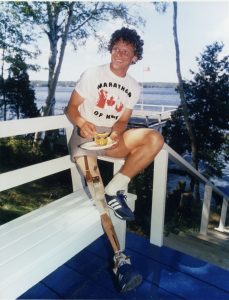