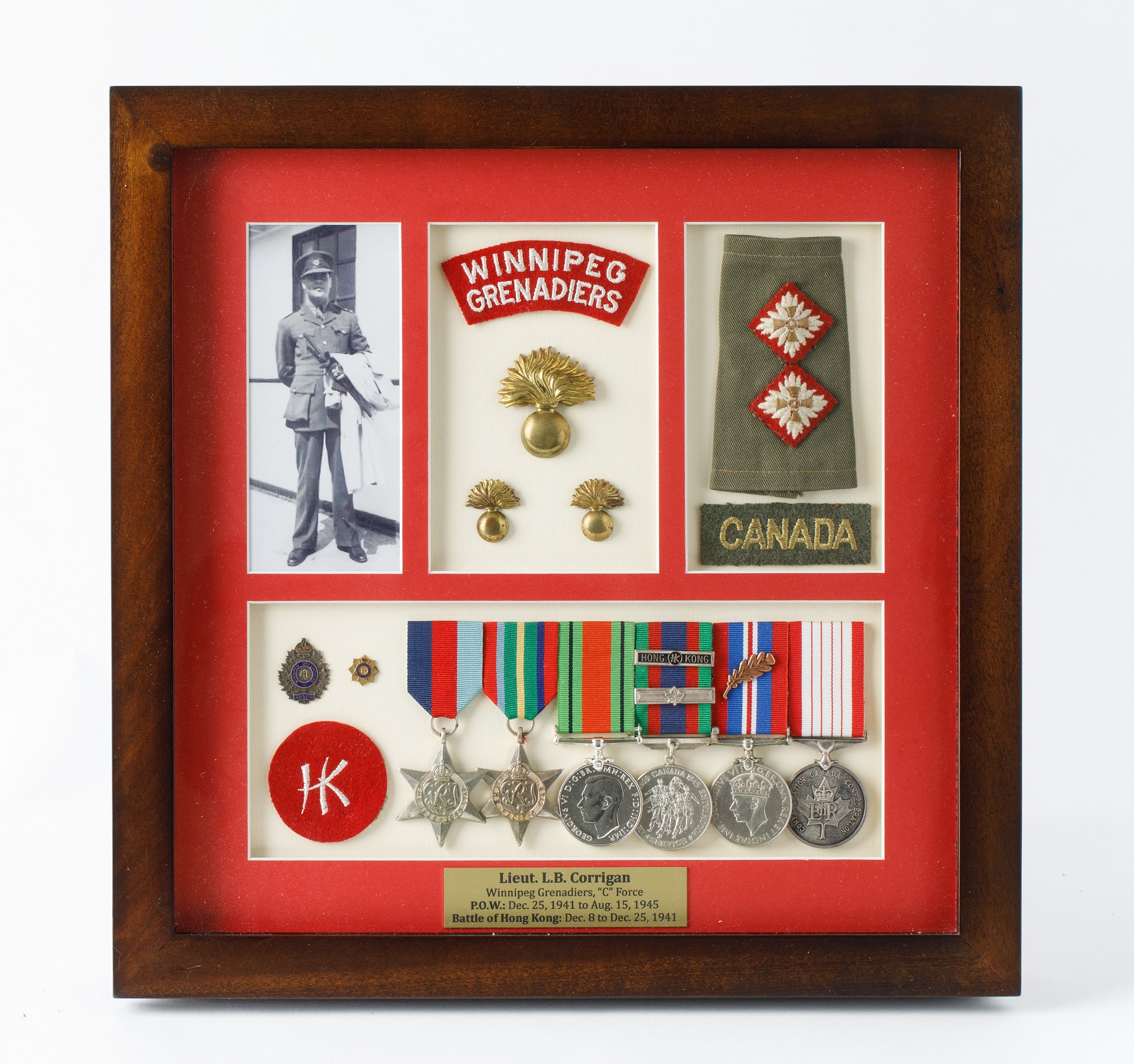 For Remembrance Day, we are exhibiting the story of Lieutenant Leonard B. Corrigan of the Winnipeg Grenadiers, who served in Hong Kong during the Second World War. He fought against attacking Japanese forces in December 1941. Lt. Corrigan was taken prisoner, along with thousands of other Allied soldiers, civilians, and nurses. He spent the next three and half years in Prisoner of War camps, experiencing forced labour, disease, and starvation. When he was finally liberated he returned home to his wife and children, and worked in the Post Office in Swift Current, Saskatchewan. Lt. Corrigan’s full set of medals and badges were recently donated by his family and are now on display in the foyer.

Valid for all venues with a maximum group size of 6 people.
Must be redeemed by Military/Veteran/CFOne card holder.
Cannot be combined with any other offer or promotional discount.