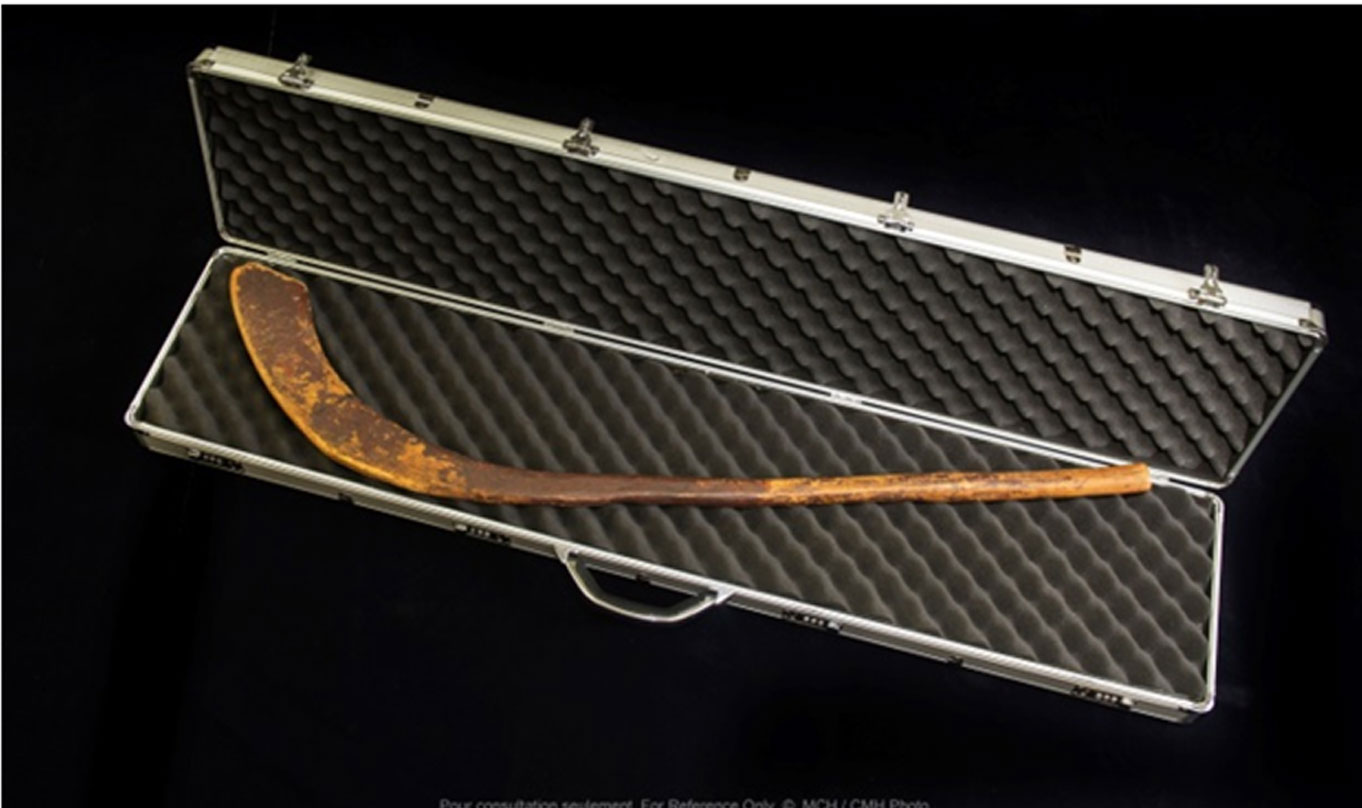 Visitors to The Manitoba Museum will have a unique opportunity to see, first-hand, some of the most prized artifacts from the collections of the Canadian Museum of History and the Canadian War Museum. These ten artifacts include: Canada’s oldest known hockey stick (c. 1830); The revolver believed to have been used to kill Thomas D’Arcy McGee, one of the Fathers of Confederation; The “Last Spike” in Canada’s transcontinental railway; The uniform worn by one of Canada’s most decorated soldiers, Manitoba-born Victoria Cross recipient William Barker; The 1964 Kentucky Derby trophy of Northern Dancer, the most famous horse ever to be bred in Canada; A lidded box with bear design (1985)  from legendary Haida artist Bill Reid; A mask from the Dorset culture of northern Canada, likely worn by shamans during ceremonies; Beaded moccasins from the Yanktonai Sioux Nation on Manitoba’s Pipestone Reserve; Prized binoculars awarded to the Wellington Field Battery in 1881 for winning an artillery competition; and Grain elevators at MacLeod, Alberta, painted in August 1944 by Peter Whyte, depicting training airplanes flying in formation near No. 7 Service Flying Training School.