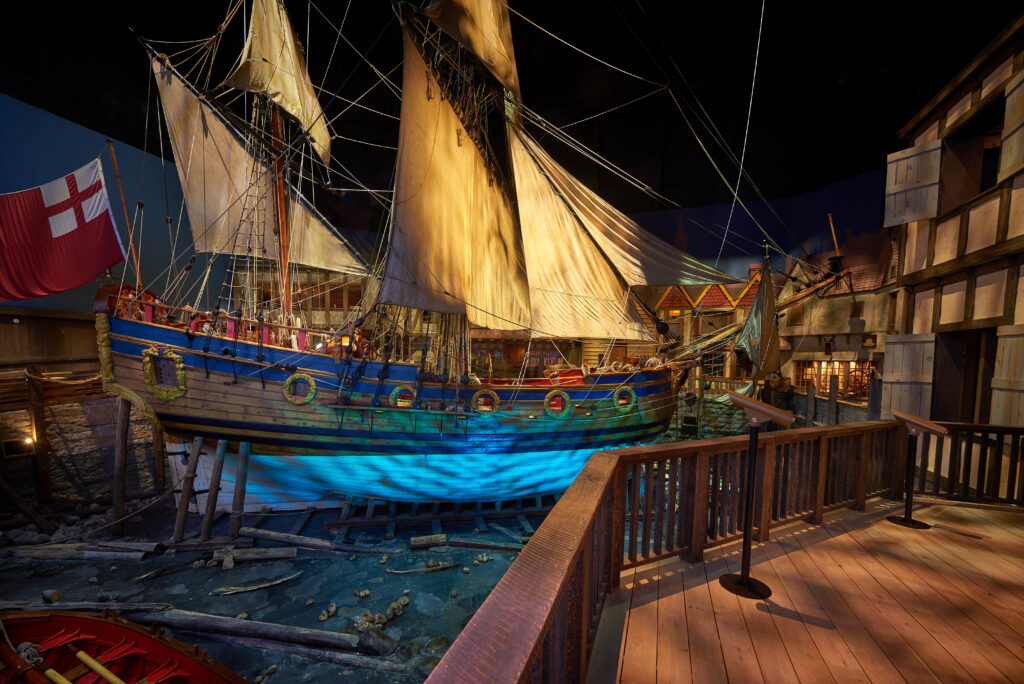 Sail into the past with the Manitoba Museum’s Dr. Amelia Fay, Curator of HBC Collection, and learn more about the infamous Nonsuch.

This Winter Break, for a limited time only, the Manitoba Museum will be offering tours that give a rare look into the cargo hold of the Nonsuch. In light of this unique opportunity, I’d like to share some interesting tidbits about this replica ship and surrounding gallery.

The Nonsuch is a full-sized replica of a 17th century ketch that was constructed in the mid-20th century to celebrate Hudson’s Bay Company’s 300th anniversary. You may have noticed that there is no wheel to steer the ship; that’s because the original Nonsuch pre-dated the invention of the ship’s wheel! Instead, the ship is guided by the tiller, a lever that connects directly to the ship’s rudder. Imagine sailing this ship across the cold North Atlantic and into the icy waters of the Hudson Strait. 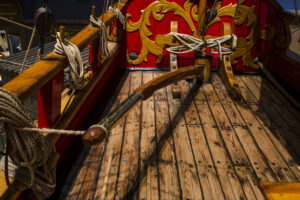 There’s no steering wheel on this ship – the Nonsuch was guided by a tiller. ©Manitoba Museum 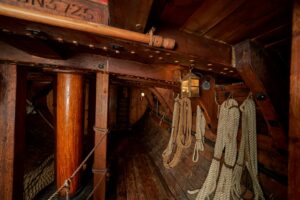 Usually closed to the public, Nonsuch Hold Tours will be back for a limited time this December. ©Manitoba Museum/Ian McCausland

I think it would have been pretty terrifying, and the chosen captain for the replica agreed. Captain Adrian Small advised that Nonsuch be towed across the Atlantic, and it began its sailing tour of North America along the St. Lawrence River. I’m often asked why the beds in the Captain’s quarters are so small, and it has nothing to do with stature. Sleeping somewhat upright, propped up with pillows, was very common during the 17th century to help with digestion and assist with breathing. Although people were a bit shorter in the past, the difference is not that great. The average height for British men in the late 1600s was 5’5”, while today the average is 5’8”. 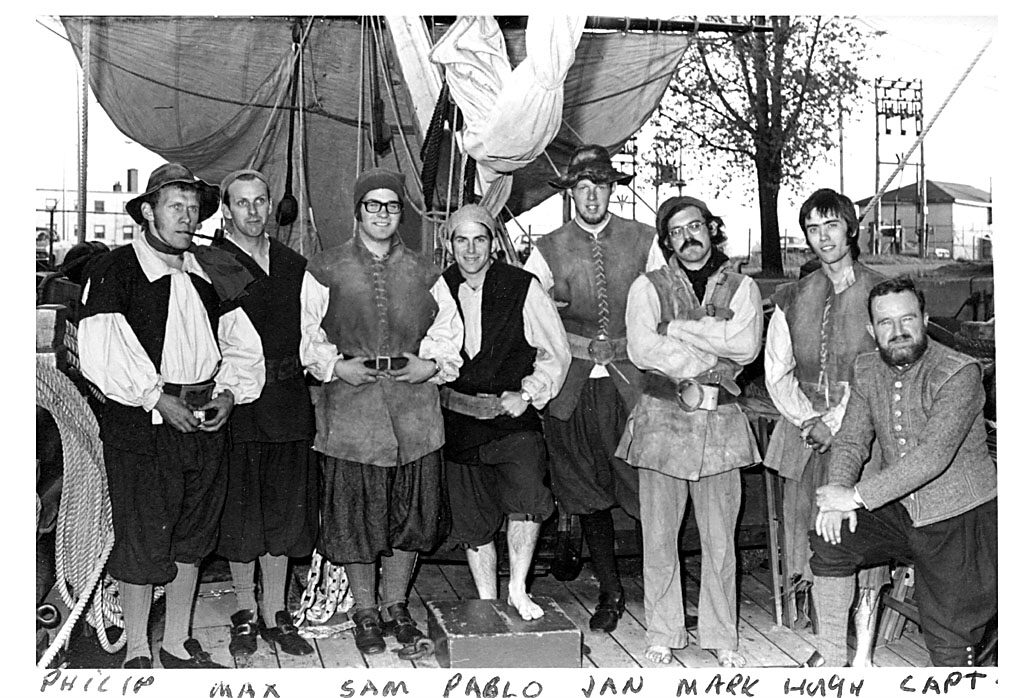 The hardy crew that sailed the Nonsuch along the St. Lawrence River. ©Gaby Demers.

As you wander the gallery, take note of the sights and sounds. Extensive research went in to every prop and sound in the gallery to ensure historical accuracy. All of the dishes in the tavern are replicas of actual ceramics and pewter that have been recovered archaeologically from Deptford, England that date to the late 1660s. Enjoy your visit to the Museum this Winter Break, and get ready to wow your friends and family with your newfound knowledge! 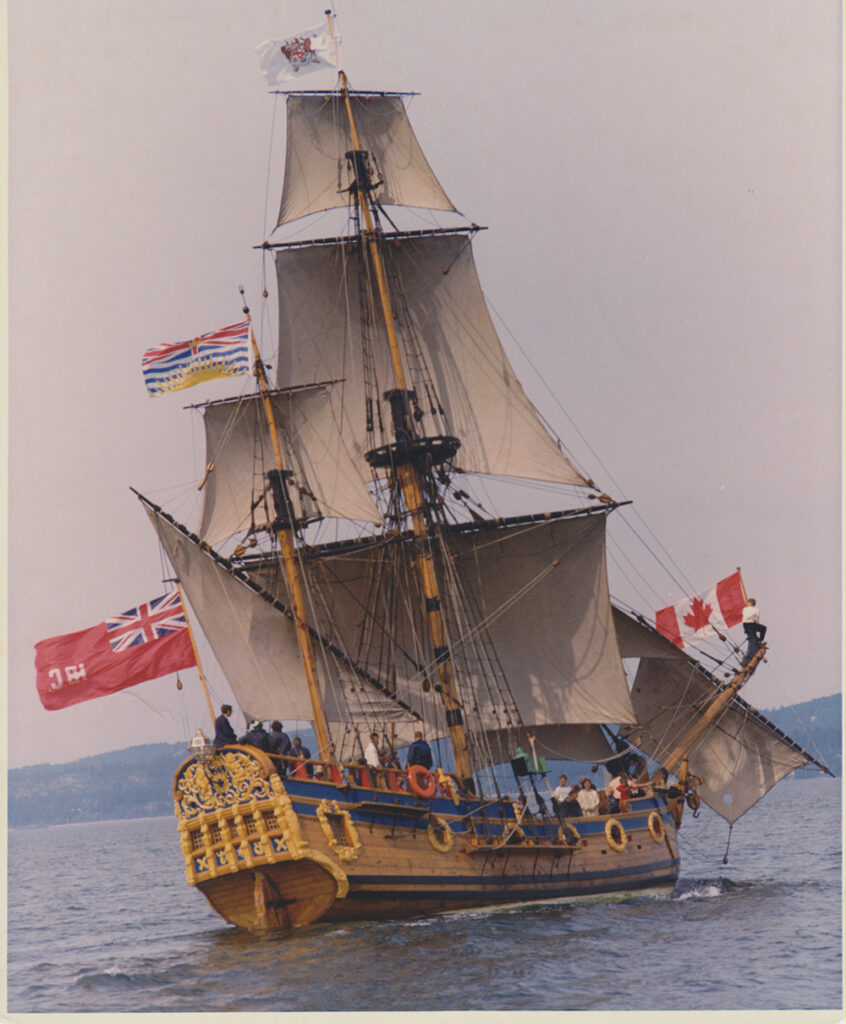