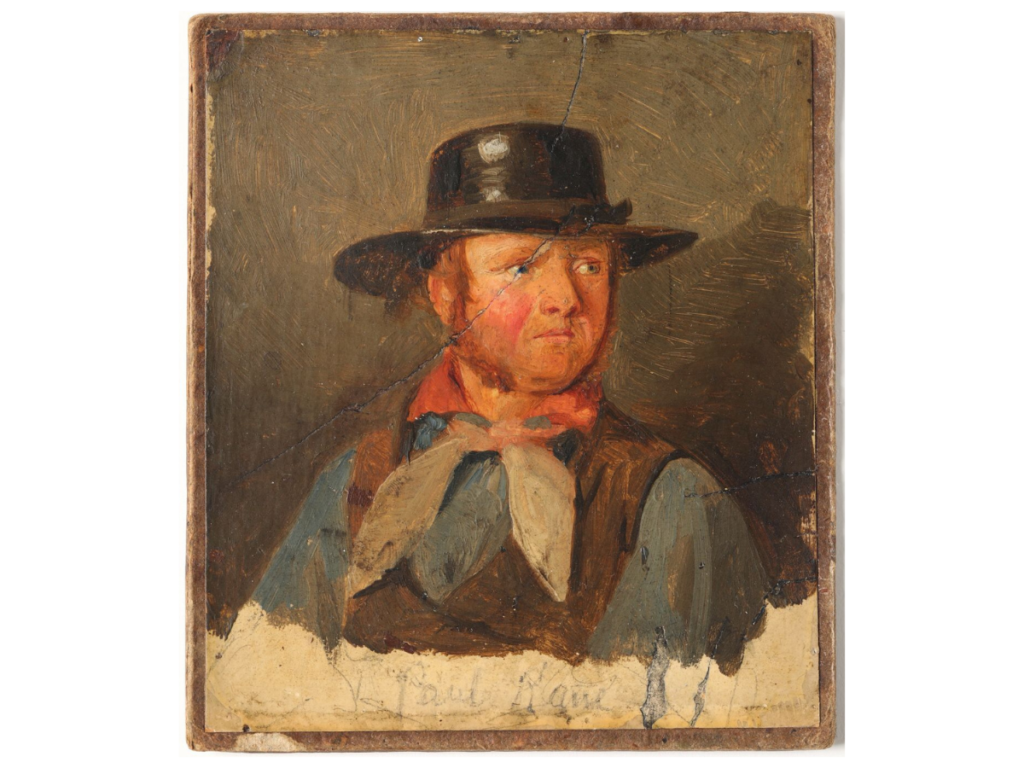 (Winnipeg, MB: November 4, 2022) – The Manitoba Museum has recently acquired an original, signed oil painting on paper by important early Canadian artist, Paul Kane. The painting, “The Fur Trader,” is a field sketch depicting Andrew McDermot, an extremely influential free trader and settler at Red River in the mid 1800s. It was painted here at the Red River Settlement, probably during a two month-long visit to the community in 1849. Paul Kane’s paintings of the West before Confederation provide images of an important moment in Canadian history and with this painting, an image of an important Manitoba historical figure.

Members of the media are invited to preview the painting in
The Prairies Gallery
Monday, November 7 • 11 am – 1 pm.
Please contact Brandi Hayberg at 204-988-0614 or [email protected]
to arrange for interviews.

“Andrew McDermot, who was born in Ireland, was one of the earliest independent merchants at Red River, challenging the Hudson’s Bay Company’s monopoly on trade,” says Dr. Roland Sawatzky, Curator of History. “He was a member of the Council of Assiniboia and was an influential personality in Red River society. He married Sarah McNab, a Metis woman from Berens River with whom he had 17 children, and who was instrumental in the family’s business and social success. Known for their generosity, they gave land to the city for the Winnipeg General Hospital and Post Office. This incredible new acquisition helps the museum highlight an important Red River family.”

Paul Kane (1810 -1871) is considered one of the most important Canadian painters of the peoples and landscapes of the Canadian Northwest in the 19th Century. His expeditions to Western Canada spanned the period from 1845 to 1852. Kane’s work, particularly his field sketches, are considered an excellent record of the individuals and material culture of the Northwest. Although his focus was Indigenous peoples of the Plains, he painted at least four European traders on his 1849 trip, which seems to be the trip during which this painting was created. Today Kane’s paintings are highly valued in art galleries and historical museums in North America and Europe. 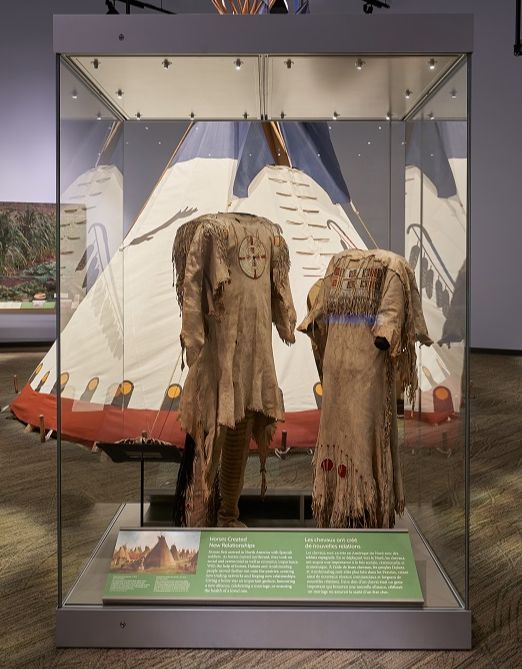 “Paul Kane was an Irish-born artist who decided to paint and research the peoples of fur trade country two decades before Canadian Confederation. His field sketches, made during a series of trips to what became Manitoba, provide an immediate impression of the people living here at the time,” says Dr. Maureen Matthews, Curator of Cultural Anthropology. “This small sketch of Andrew McDermot illustrates Kane’s skill at capturing telling details and even though it is very small, the Irish hat and the bright scarf he is wearing give a sense of life on the plains at the time. This is a period of Manitoba’s history which would be hard to imagine without Kane’s paintings.”

The painting was in the possession of a private collector in Germany who approached the Museum’s Curator of Cultural Anthropology with the intention of making the painting available directly to the Manitoba Museum. Now that the McDermot portrait has been repatriated to the Manitoba Museum, and is sitting so close to the Winnipeg street which bears McDermot’s name, the painting will be accessible to future generations of visitors and researchers.

“The importance of this painting to the history of Manitoba, and to the Museum collection, cannot be overstated,” says Seema Hollenberg, Director of Research, Collections, and Exhibitions. “Thanks to a generous donation of Paul Kane artifacts by the Allen family in the 1940s, the Manitoba Museum has an important collection of over 80 artifacts gathered by Kane during his expeditions. Until now, the Museum did not have one of Kane’s paintings. This acquisition compliments our collection of artifacts and enhances our ability to interpret this important Canadian artist.”

“The Fur Trader” is now on exhibit in the new permanent Prairies Gallery, in the Shared Legacies area of the gallery which explores the lives of Red River families. Here visitors can learn more about the painting, about Andrew McDermot and his family, and about the artist, Paul Kane.

The Manitoba Museum sincerely thanks the Government of Canada for financial support through the Canadian Heritage Movable Cultural Properties Grant Program, The Manitoba Museum Foundation, and the four private donors who made the return and purchase of this important painting possible.