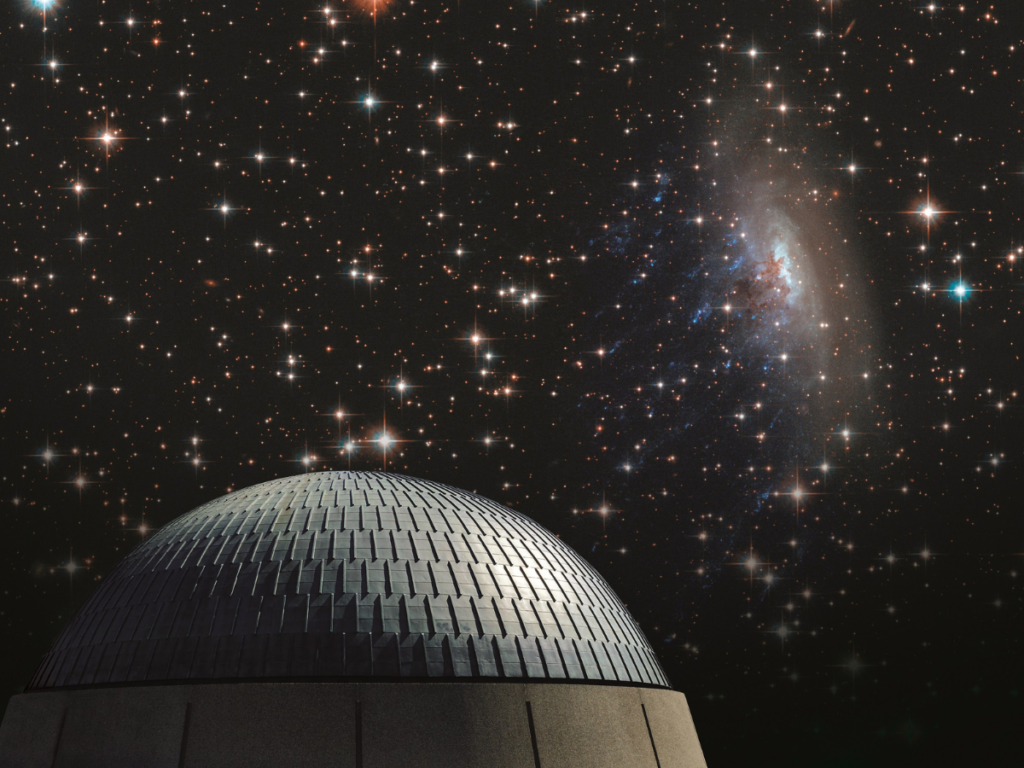 (Winnipeg, MB: October 28, 2022) The Manitoba Museum’s Planetarium has received a national award for its highly-successful outreach program, [email protected] Each year the Canadian Association of Science Centres (CASC) recognizes the best exhibits, programs, and individuals in the Canadian science centre and museum community. In 2022, the CASCADE award for Best Program in the under $50,000 budget category was presented to the Planetarium as part of a special online awards ceremony. The award marks the fifth time the Planetarium’s programs have received national recognition.

“It’s a wonderful honour to accept this award on behalf of the Manitoba Museum,” declared Planetarium Astronomer Scott Young during the live ceremony. “We often hear feedback from our visitors and the people who watch the show from across Canada and around the world, and it’s very meaningful to hear it from our colleagues in the science education field.”

[email protected] began as an online astronomy program during the early days of the pandemic, designed to help Manitobans connect with one another under the night sky. The program, supported in its early stages by the province’s Safe at Home Manitoba Grant, encouraged people to observe the sky with their household during times of isolation. The program uses the planetarium’s DIGISTAR technology to recreate the night sky and encourages viewer participation through the exploration of the sky, celestial events and the universe. 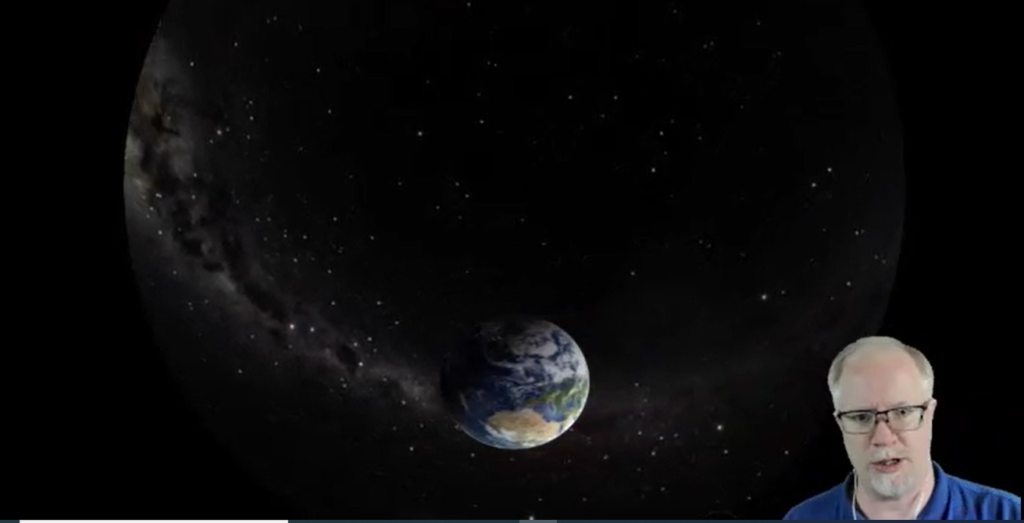 During the pandemic, and as a result of being unable to welcome visitors, the Museum began to seek ways to connect and engage digitally with Manitobans.

“[email protected] set the stage for how we would find meaningful ways to interact with visitors digitally during our closure, and as a result of the incredible feedback, many of our programs are now available virtually. We were so grateful for the public response and amazed at the reach of the program. When we opened our doors, we discovered that [email protected] complimented our new Planetarium show offerings and helped us build a community of astronomy curious people,” stated Willow Krauchi, Director of Marketing, Sales and Visitor Experience.

“The show really took off and built a solid community of loyal viewers,” explains Young. “The same names were showing up every week in the chat, and between shows people would send in their pictures of the sky, or drawings they made. Some of our fans went so far as to compose a new theme song for the show, and others have joined staff in front of the camera as regular contributors.”

Young also points to the community as the reason for the show’s success and longevity beyond the pandemic closures. “During the pandemic we had extended families that were separated by isolation requirements, who used [email protected] as a way to connect across long distances, and they kept up the tradition even after they could reunite. We also had attracted viewers from rural Manitoba and Manitoban ex-pats living in the United States and abroad.”

[email protected] is an ongoing outreach program of the Manitoba Museum that is presented live on the first and third Thursday of every month at 7:00 pm Central Time; viewers can find it on the Manitoba Museum’s Facebook page and YouTube channel. The program covers what can be seen in the sky that week, including constellations, planets, and celestial events. The program’s goal is to inspire people to observe the sky with the unaided eye, binoculars, or telescopes, providing the knowledge and information they need to become successful backyard astronomers.

The Manitoba Museum would like to thank the provincial government for their support through the Safe at Home Manitoba Grant. Without this assistance in the early stages of the pandemic lockdown, this programing would not have come to life when it was needed most by our communities.

The Planetarium was originally built as part of the Manitoba Centennial Centre complex in celebration of both Canada’s centennial in 1967, and Manitoba’s in 1970. It officially opened to the public in May 1968.