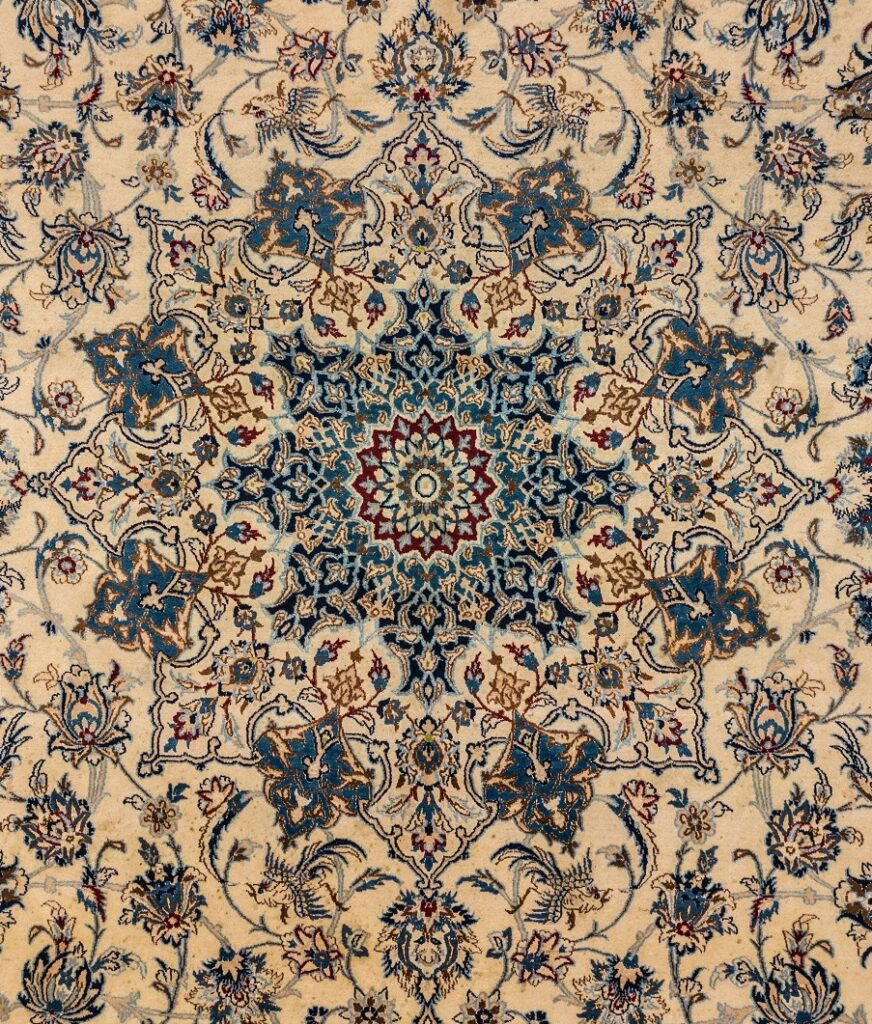 To celebrate Islamic History Month, I thought I would share this recent beautiful donation we have received at the Museum. This Persian carpet was made in the city of Naeen, Iran, likely in the late 1940s or early 1950s. Naeen workshops are known for making intricately designed carpets that feature a light-coloured background, often using blue as a contrasting colour. The carpets are woven and knotted on a cotton thread foundation with wool fibres, highlighted with light silk accents. 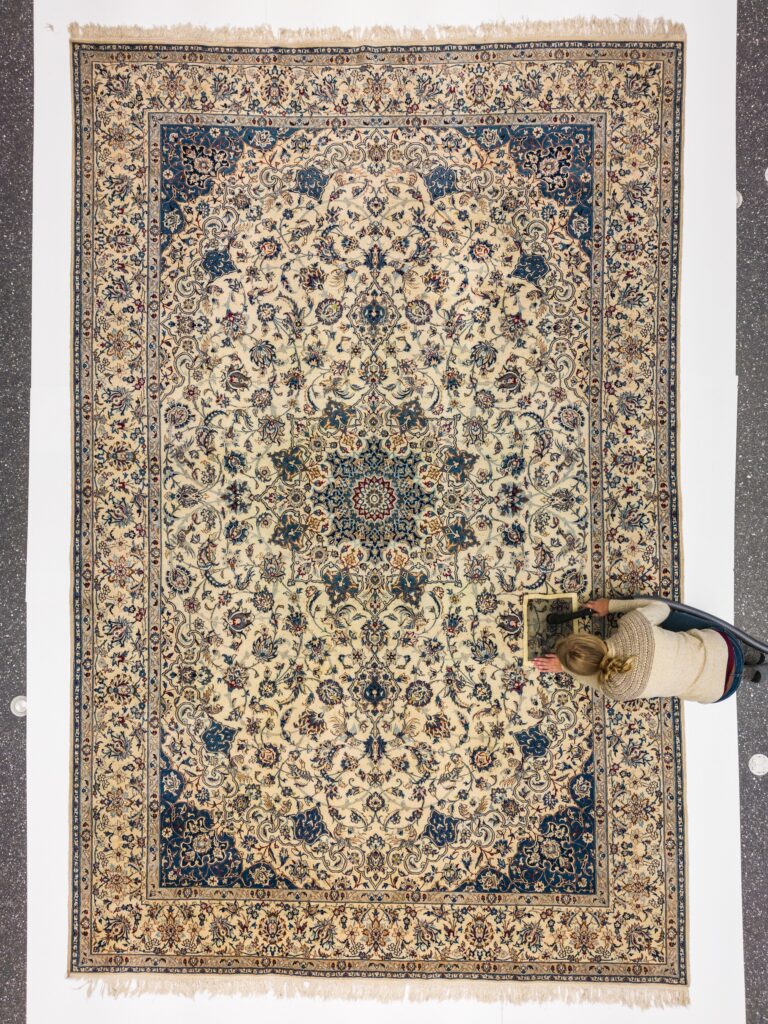 The Museum conservator carefully vacuums the carpet. The carpet is very large (16 x 10.5 feet)  and has many floral and bird motifs placed in symmetrical positions around a luxurious central medallion. At a count of 224 knots per square inch, the carpet has about 5,419,000 knots in total!  H9-40-33

Persian carpets have a long history of excellence spanning centuries, and town manufacturers in particular are famous for perfectionism. The Naeen carpet industry began in the 1940s, and designers there were influenced by historic patterns from Isfahan, 150 km to the west. Isfahan flourished artistically during the Safavid dynasty (1501 to 1722). 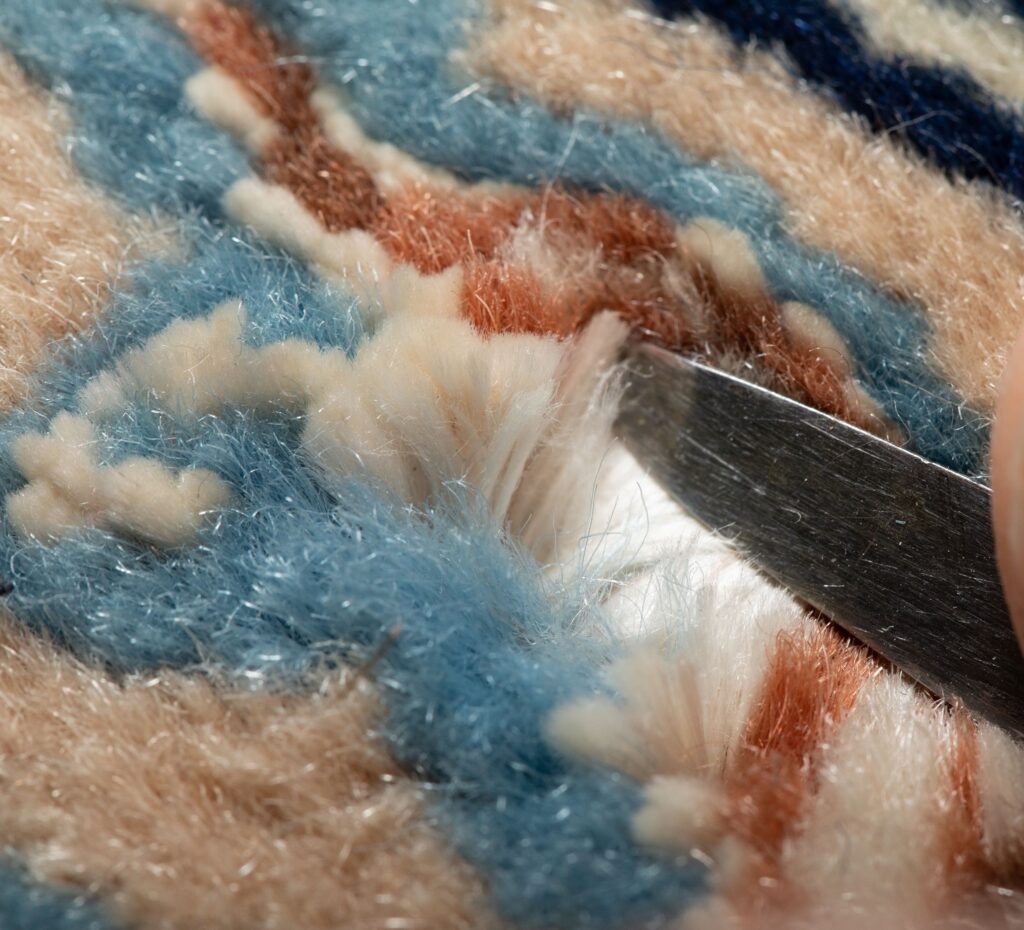 The shining white silk fibres stand out from the surrounding colourful wool.

Islamic cultures from around the world are incredibly diverse, with long histories that have influenced many parts of the globe. Winnipeg is home for many people who continue to honour and celebrate these histories. This carpet was donated by Zahra Sahhafnia, who moved to Winnipeg in 2015. The carpet was an important part of her family’s legacy and inheritance, and now it is also part of Manitoba’s history. Thank you Zahra!