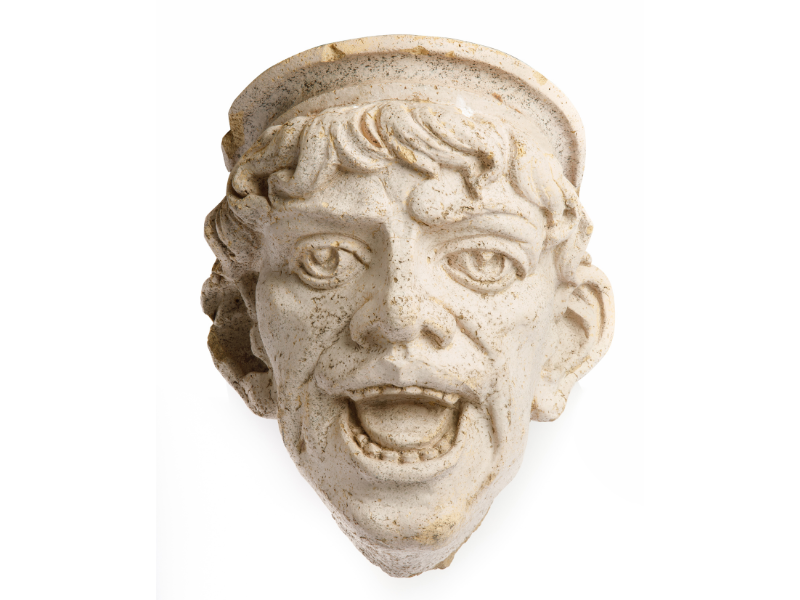 This jolly fellow is now at the Museum, and a replica has just been installed in the Winnipeg 1920 cityscape.
Find him if you can! (MM H9-38-306)

Gargoyles once roosted above the streets of historic Winnipeg, and if you look closely a few might still linger, jeering at passersby. The best set of Winnipeg gargoyles, or in this case “grotesques,” were found on the old Winnipeg Tribune Newspaper building, and the Manitoba Museum is now home to four of them.

The six-storey Tribune building was designed by Chicago architect John D. Atchison for the successful Winnipeg Tribune newspaper, completed in 1914. It was remodelled in 1969 to look more modern, and the grotesques were removed and given to various employees. The Tribune closed in 1980, after which the building was demolished. 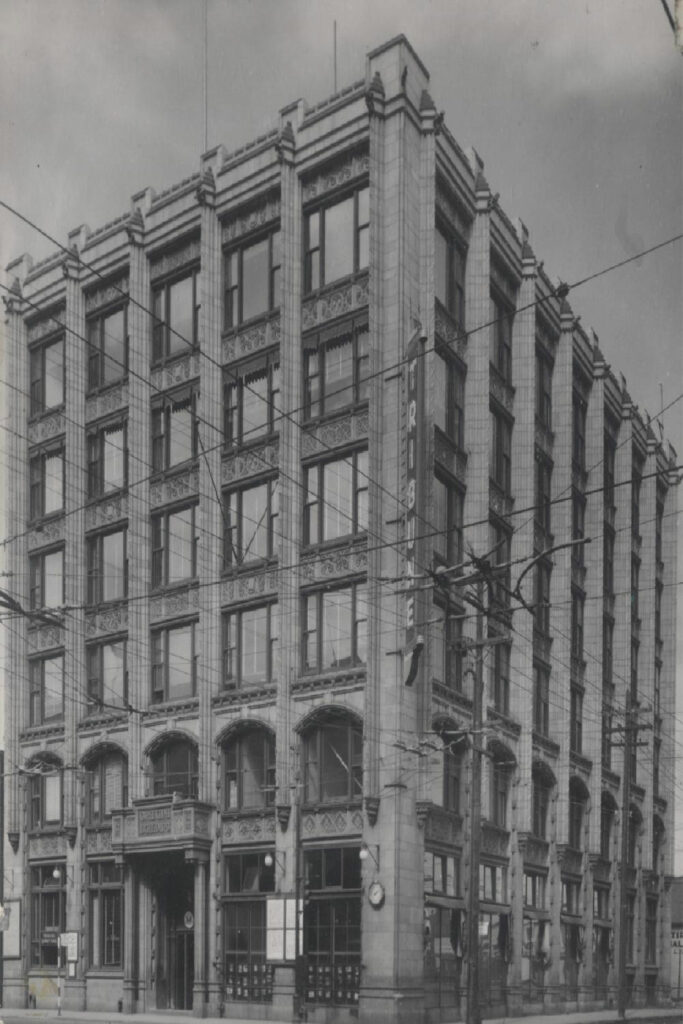 The Winnipeg Tribune Building, 1914, built at 257 Smith St. Fourteen grotesques lined the top of the building, while fourteen heads stared down from the top of the first storey. Image: University of Manitoba Libraries

Most of the grotesques are still in private hands and have moved around the country, but two of the original terra cotta figures can be seen in the Winnipeg Gallery. We have also added four replicas to one of our buildings in the Winnipeg 1920 cityscape. 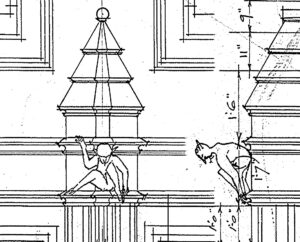 In his design, Atchison sketched in grotesque figures leaning off the top of the building. The final grotesques were made with terra cotta, a type of ceramic, in the American Terra Cotta and Ceramic Co. factory in Illinois. Image: Archives of Manitoba 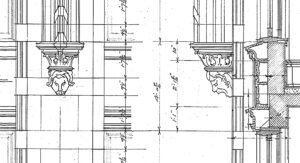 The heads were located at the bottom of exterior columns. Atchison included neo-Gothic elements in some of his designs, and such grotesques completed the look. Image: Archives of Manitoba

Grotesques and gargoyles were originally found on medieval cathedrals, but here we see them on a business in downtown Winnipeg in 1914. Why? There were six original figures on the Tribune that repeated, making a total of fourteen. 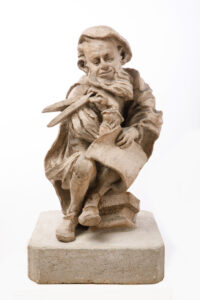 Each of the six figures was representative of a newspaper job:

Oddly, the grotesques were all wearing medieval clothing, complete with cloaks and pointy shoes! In other words, it was a whimsical affair – a modern office building with a gothic flair. There was even a legend that the figures resembled the  actual people working at the paper.

A gargoyle is a stone figure that also acts as a waterspout to carry rainwater away from the building – the water is usually funneled out of the mouth of the figure. The word gargoyle comes from the Old French gargouille, meaning “throat.” Other decorative figures on buildings are known as grotesques.