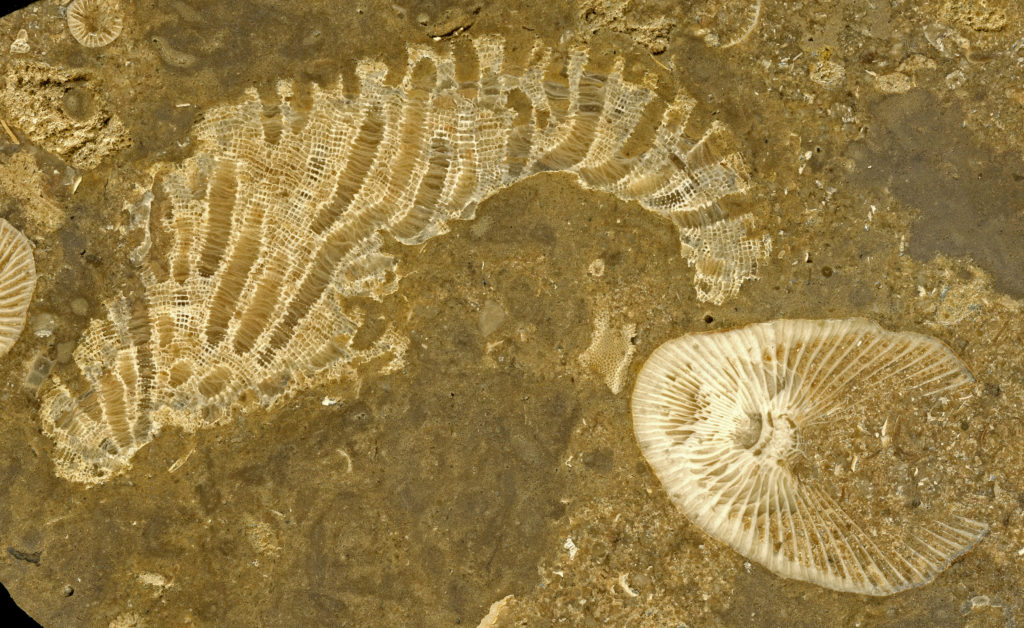 When you hear the word “fossil”, you probably think of giant dinosaurs, or perhaps marine reptiles such as Morden’s “Bruce”, but fossils actually include all evidence of past life. Fossils may be the remains of plants or animals, such as leaves or bones, and they also can be tracks or traces made by animals. Fossils tell us about the evolution of life, the age of rocks, and the environments of the distant past. 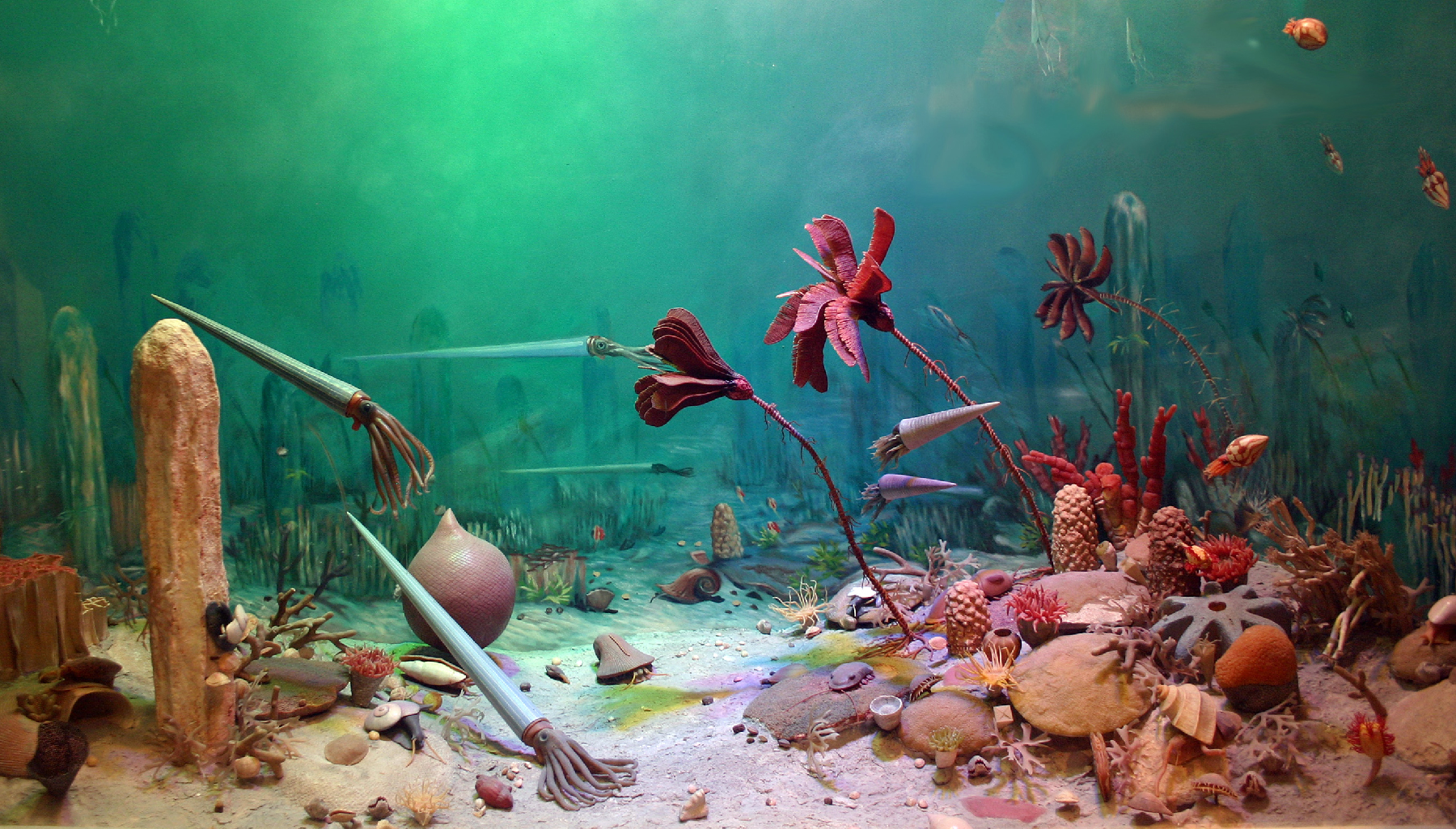 The Ordovician seafloor diorama depicts sea life in the Winnipeg area about 450 million years ago.Manitoba is a big place, a bit bigger than France, and much of it is still poorly known. Fossil-rich rocks occur in many parts of Manitoba, and new discoveries are made every year, by both professional and amateur paleontologists.

For many Manitobans, the most familiar fossils are those in our beautiful limestones. On almost any block in Winnipeg you can see Tyndall Stone walls packed with fossils! Our limestones document the rise and fall of a series of warm, salty inland seas. Rocks from the Ordovician, Silurian, and Devonian periods of geological time, about 450 to 380 million years old, hold varied remains: corals, brachiopods (lamp shells), cephalopods (relatives of squids), trilobites (relatives of crustaceans), and other groups. These can be seen near Manitoba’s Great Lakes, in the Grand Rapids Uplands, and across the Hudson Bay Lowland. 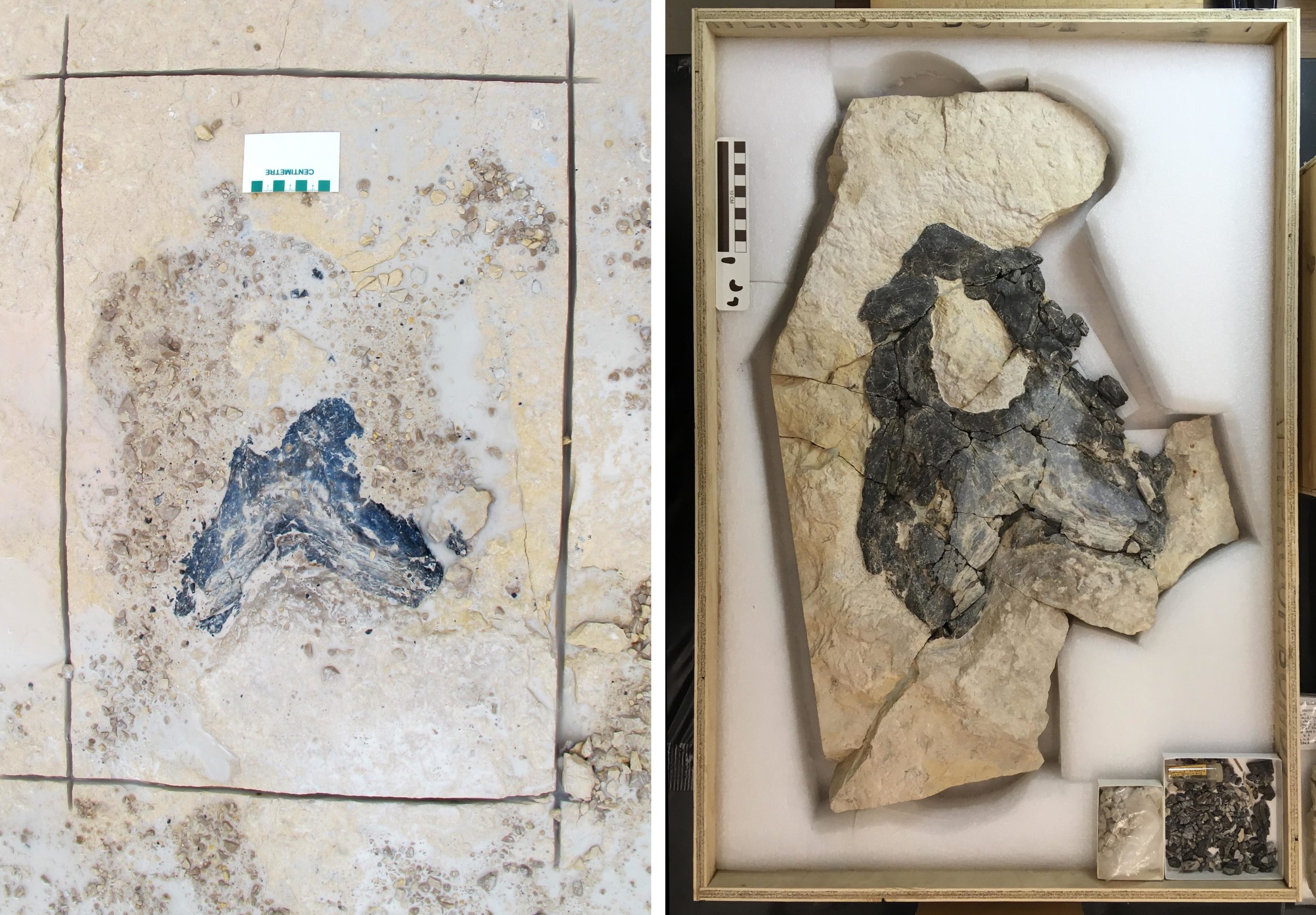 Part of the skull of a Devonian age fossil fish (about 390 million years old), as it was in the field (left) and after preparation at the Manitoba Museum (right). (MM-V-3184)Anyone searching for fossils should know that Manitoba’s heritage laws protect fossils and archaeological artifacts. If you plan to do serious collecting, you should apply for a provincial Heritage Permit. If you find a significant fossil in bedrock, and you do not have a permit, please consider taking a photo, recording location information (such as latitude and longitude), and sharing that information with the Manitoba Museum or the Canadian Fossil Discovery Centre, or with Manitoba Historic Resources.

To walk across private land to look for fossils, ask permission from the landowner. Fossil hunters should also take basic precautions – tell others where you are going, wear appropriate clothing, and carry water and food. 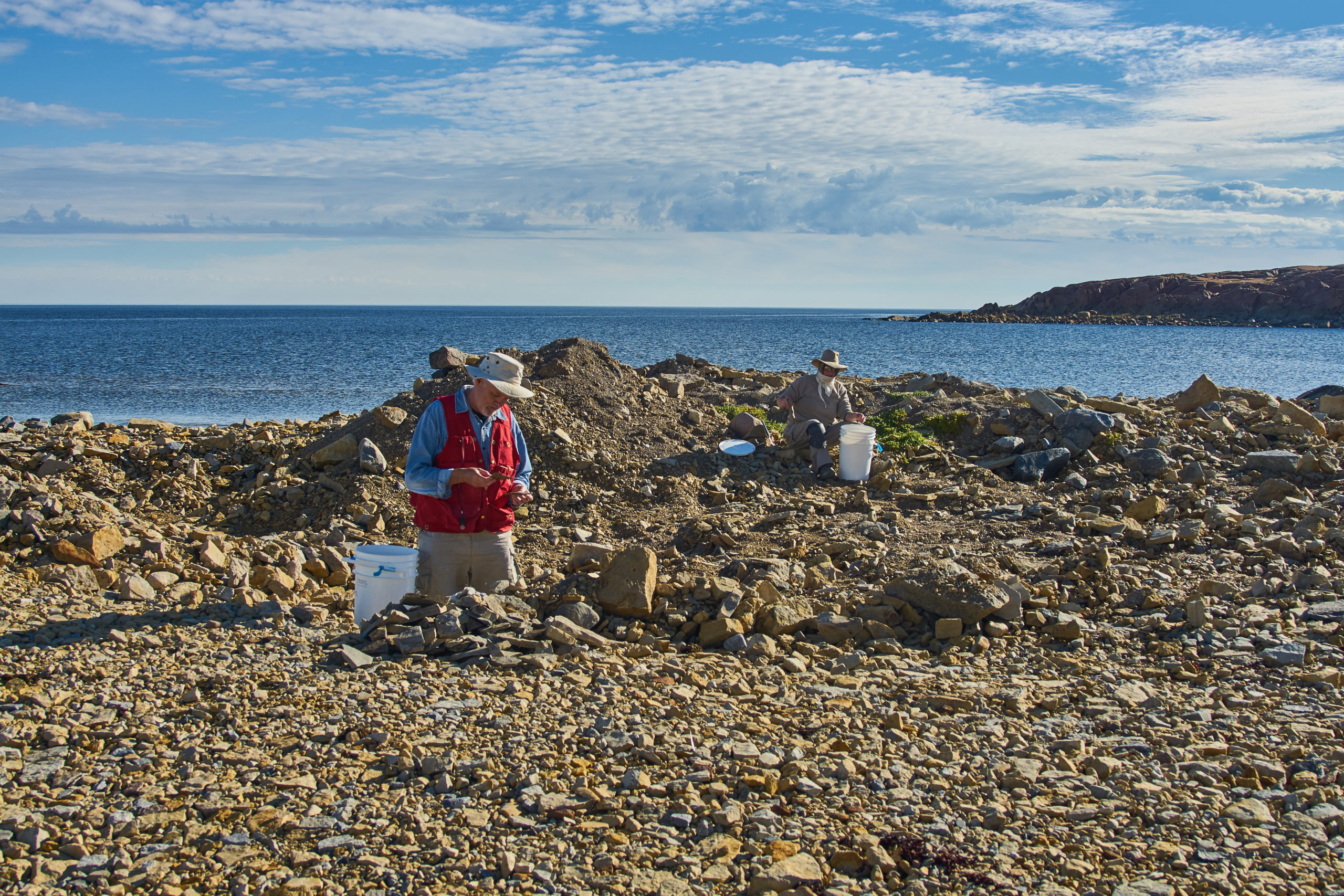 Manitoba Museum staff collecting fossils from a site near Churchill that has yielded some of the world’s oldest horseshoe crabs.

Dr. Graham Young, who has worked at the Manitoba Museum since 1993, recently received a significant honour. The trilobite species Glossopleura youngi, newly discovered in rocks in the Northwest Territories, was named for Dr. Young in a scientific publication by former student Neal Handkamer.

Discover more about fossils from Manitoba and beyond in the Museum Galleries and at Ultimate Dinosaurs! Open daily from 11 am to 5 pm.