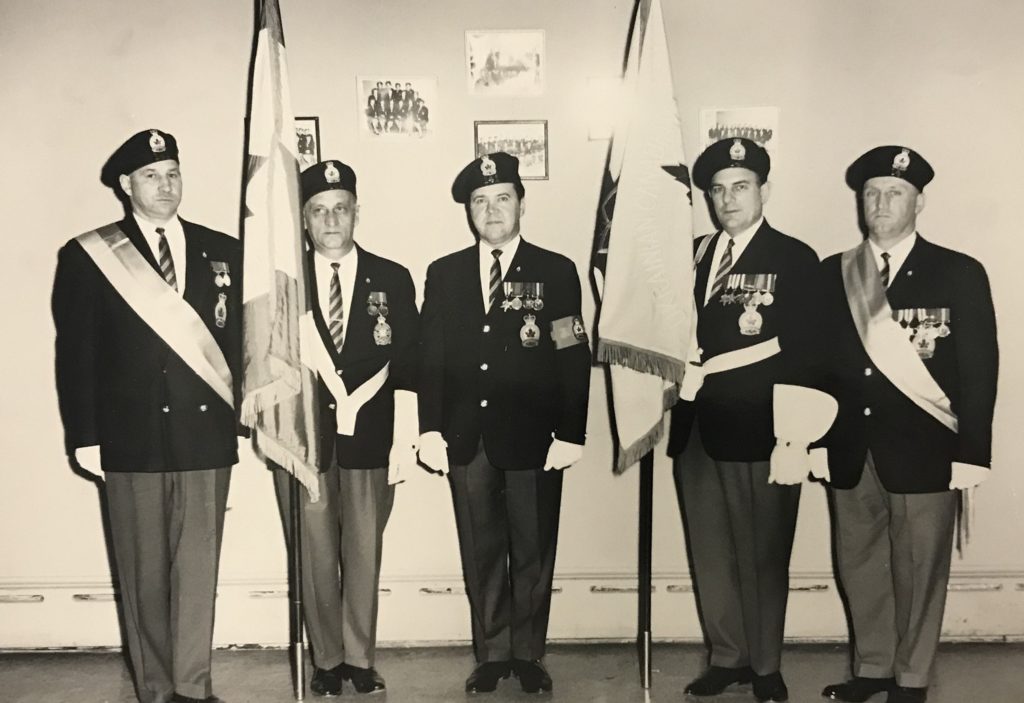 After the Second World War, hundreds of branches of the Royal Canadian Legion were established across Canada where veterans of the war could gather and socialize. These branches became important community hubs of activity, from wedding socials to charitable fundraising, to having a beer with a buddy.

The Ukrainian Canadian Veterans Branch 141 sold its building on Selkirk Avenue this last March, and though the Branch lives on, the building and its 70 years of social activity is history. I was able to visit the Legion branch as it was closing, and Ron Wachniak was kind enough to show me around and offer a few items for the Manitoba Museum to preserve and exhibit. 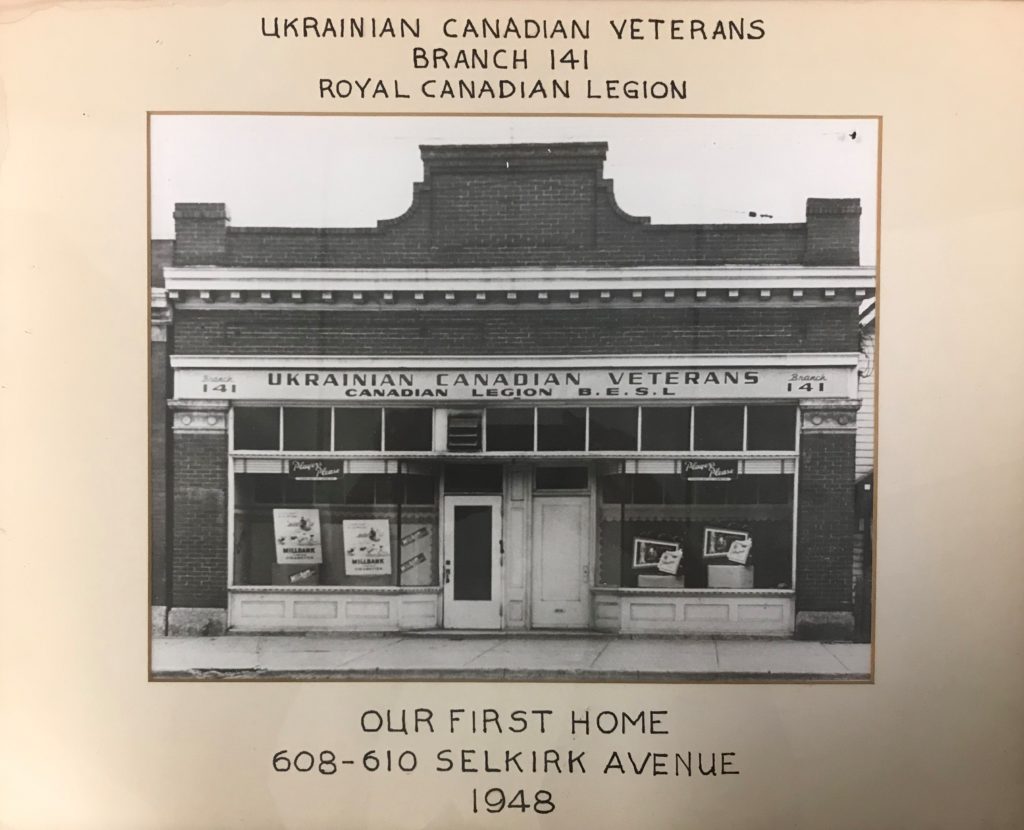 The first Ukrainian Canadian Veterans building, on Selkirk Avenue. This served as the home of the Legion until the 1970s, when the new building at 618 Selkirk Avenue was built. 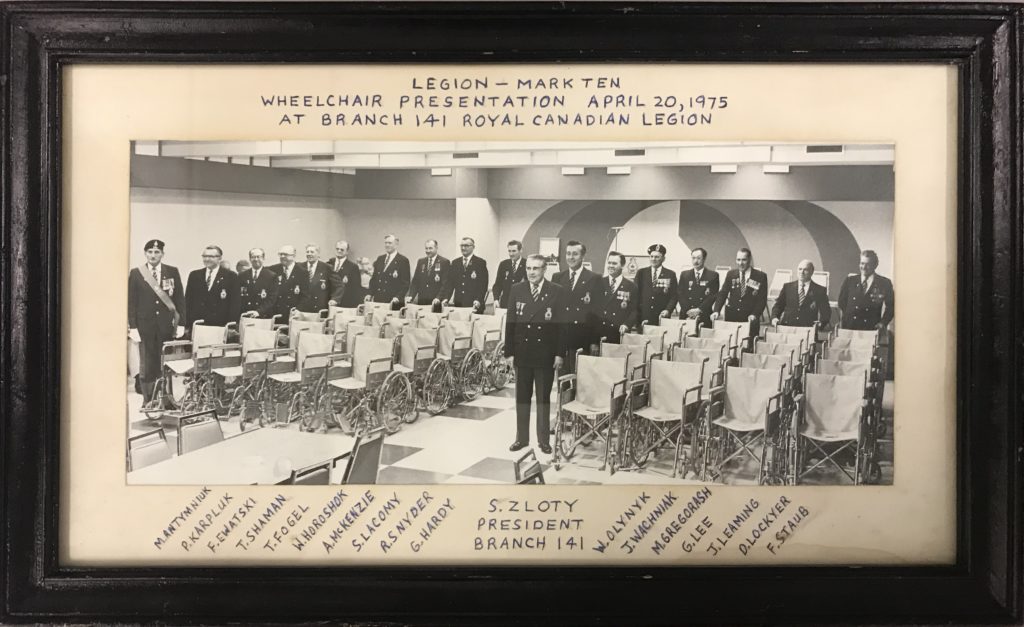 Branch 141 engaged in numerous fundraisers to provide funds and equipment to hospitals and veterans in need. Here the Legion presents 40 brand new wheelchairs. 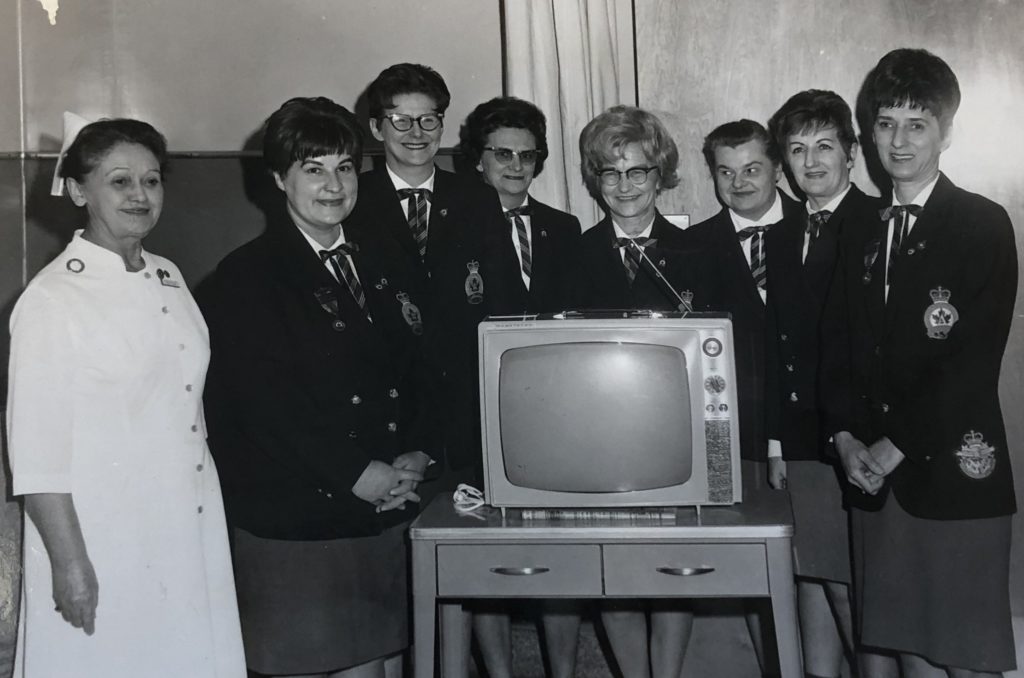 The Ladies Auxiliary to Ukrainian Canadian Veterans, Branch 141, presents a portable TV to patients at Deer Lodge in 1969. Fundraising was an important part of Legion life for everyone involved.