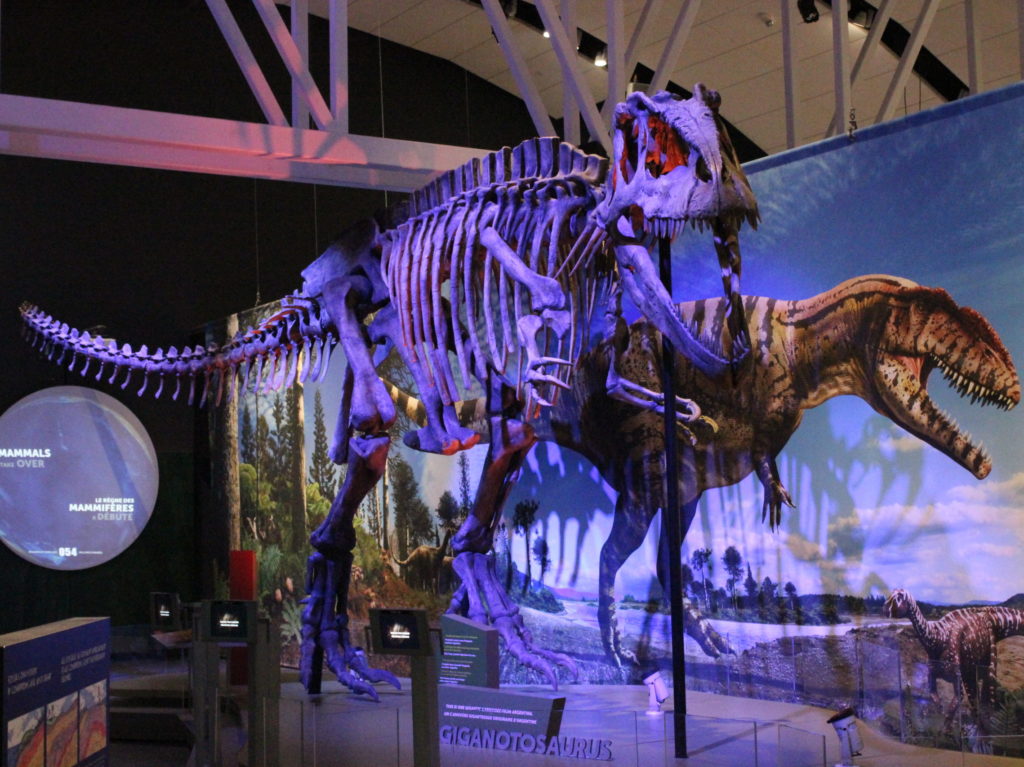 See giants like Giganotosaurus and other rarely seen dinosaurs from the other side of the world.

Several years ago, as a part of my efforts to keep in touch with other evolutionary scientists, I attended a paleontology conference at the Royal Ontario Museum in Toronto. During that conference, I visited a new exhibition developed by ROM scientists, showing dinosaurs that lived on southern continents during the Triassic, Jurassic, and Cretaceous periods of geological time. This region is now Africa, Madagascar, and South America, and the dinosaurs we saw were much less familiar than our North American Tyrannosaurus and Triceratops.

The scientific work was first rate, and new interpretive approaches made the Ultimate Dinosaurs immersive, informative, and exciting. When I returned to Winnipeg, I told people that it was the best dinosaur exhibition I had seen anywhere. I hoped that, some day, we would be able to show similar exhibits at the Manitoba Museum.

That “some day” has now arrived! Ultimate Dinosaurs will fill the Manitoba Museum’s Alloway Hall from May 21 to September 5. I am really looking forward to seeing those dinosaurs again: the long-necked Rapetosaurus, huge carnivorous Carnotaurus, likely fish-eater Suchomimus, and many other full-size dinosaur skeletons. 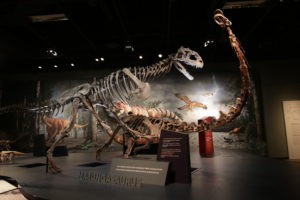 Explore the most exciting and informative dinosaur exhibition. 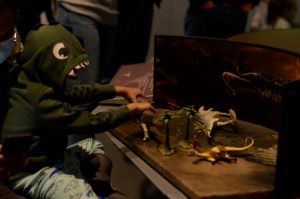 Enjoy interactive activities that engage visitors of all ages.

These giants are accompanied by displays and activities to engage visitors of all ages. There are animations and games explaining how continents moved through geological time, interactives that allow visitors to search for tiny microfossils, and touchable bronze casts. Other exhibit features include a couple that were favourites when I saw Ultimate Dinosaurs in Toronto. First, there are “augmented reality skin viewers” – tablets on stands that, when pointed at a dinosaur skeleton, allow the viewer to see the animal as it was in life, with explanation of the skin and muscles! The second is a “reactive wall” – video screens that show a forest environment during the time of dinosaurs. As you walk up to the wall, it seems as though there is little happening, but then you realize that animals are moving in their environment, reacting to your presence. I hope everyone will visit the Manitoba Museum to see Ultimate Dinosaurs, the most exciting and informative dinosaur exhibition we have had in all my years here! 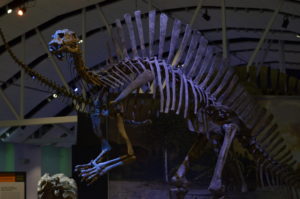 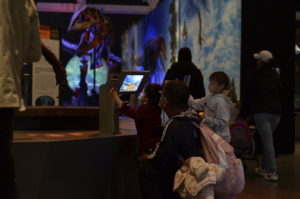 Ultimate Dinosaurs was created by the Royal Ontario Museum and is presented by the Science Museum of Minnesota.