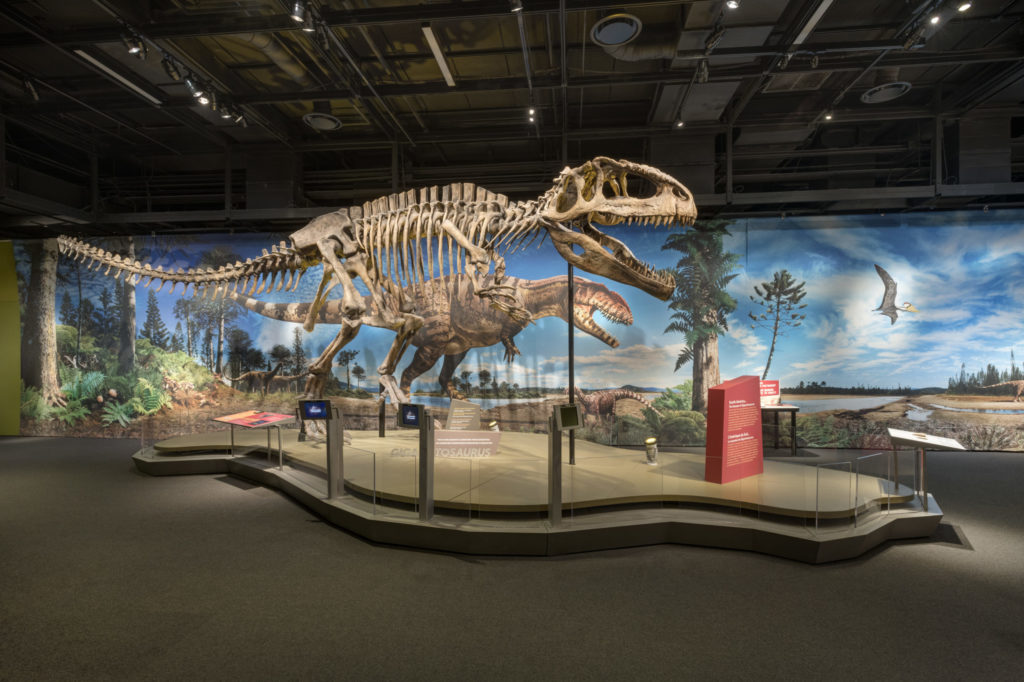 (Winnipeg, MB: May 16, 2022)  Prehistory takes on 21st-century technology beginning this Saturday, May 21, when Ultimate Dinosaurs, a blockbuster exhibition featuring fully-articulated dinosaur skeletons from unusual locations in the Southern Hemisphere, opens at the Manitoba Museum.

Members of the media are invited to preview
ULTIMATE DINOSAURS
Wednesday, May 18 • 10 am – 2 pm.

Please contact Jody Tresoor at 204-228-2374 or [email protected]
to arrange for interviews with
Dr. Graham Young, Curator of Geology & Paleontology.

Based on groundbreaking research from scientists around the world, Ultimate Dinosaurs reveals dinosaurs that evolved in isolation in South America, Africa and Madagascar – dinosaurs that are unfamiliar to most North Americans. The exhibition seeks to answer the question: why are southern dinosaurs so unique and bizarre, and why are they so different from their North American counterparts?

“This isn’t your typical dinosaur exhibition,” says Dr. Graham Young, Curator of Geology & Paleontology at the Manitoba Museum. “Ultimate Dinosaurs features incredible, rarely-seen specimens and colorful environments combined with new technology to create virtual experiences. It’s a powerful example of how augmented reality can bring the deep past to life.”

In addition to seeing the specimens, learning more about the adaptations that made these dinosaurs unique, and using augmented reality technology to make them come to life, visitors to Ultimate Dinosaurs can expect hands-on activities that will help them explore physical characteristics like crests and frills, stride patterns, and more.

The exhibition tells the story of the break-up of supercontinent Pangaea into the continents that we know today and the ways that continental drift affected the evolution of dinosaurs during the Mesozoic Era, 250 to 65 million years ago. As Pangaea divided first into Laurasia in the north and Gondwana in the south, and later into the many continents we know today, dinosaurs were passengers on these drifting land masses. Visitors to Ultimate Dinosaurs will discover that an amazing diversity of species evolved as a result of this phenomenon. Their imposed geographic location helped promote the evolution of these dinosaurs into an incredible array of unusual forms that dominated wherever they lived.

Some of the dinosaurs featured in the Ultimate Dinosaurs exhibition include:

Ultimate Dinosaurs is produced by the Royal Ontario Museum (ROM) in Toronto and presented by the Science Museum of Minnesota.

DINOSAURS: A Story of Survival! Planetarium Show also Opens May 21 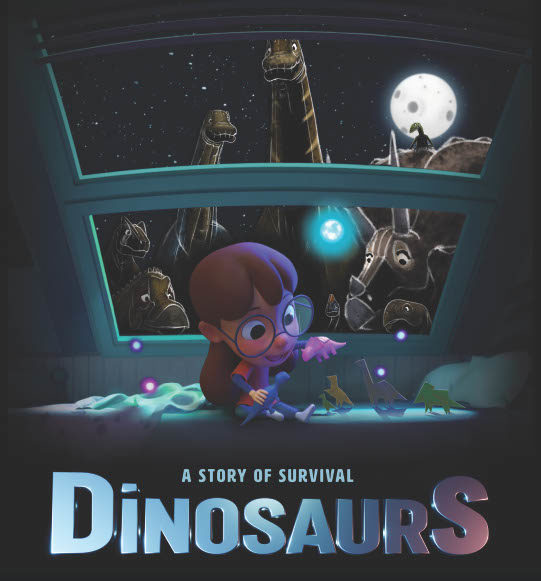 The adventure continues with Dinosaurs: A Story of Survival! a full-dome Planetarium show that also opens on May 21, 2022. This journey through time presents the incredible variety of dinosaurs that ruled our planet’s past. Celeste, a young girl fascinated by dinosaurs, travels with her wise and magical friend Moon on an amazing adventure and learns that not all dinosaurs went extinct. This show is appropriate for all ages.

Ultimate Dinosaurs runs from Saturday, May 21 through to Monday, September, 5, 2022 in Alloway Hall at the Manitoba Museum. The Manitoba Museum, including the Planetarium and Science Gallery, is open Thursday to Sunday, 11 am to 5 pm, from May 21 to June 26. Starting June 27, the Museum will be open seven days a week, including holidays, until September 5. The Museum is also open for First Fridays from 5 pm to 9 pm.