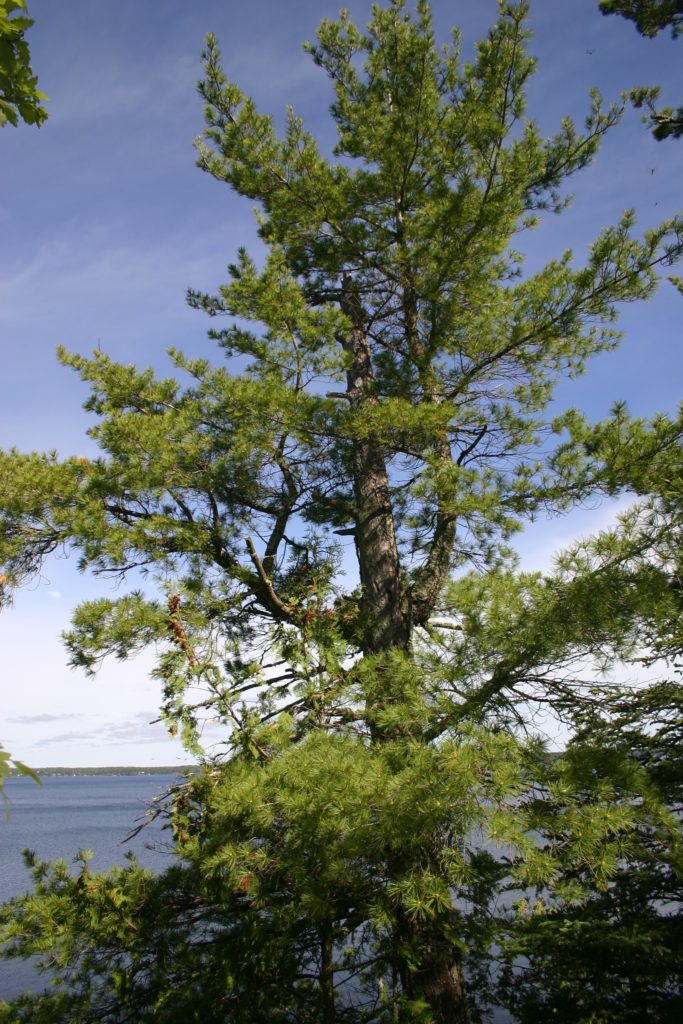 With the days growing ever shorter, I find myself thinking about light and how we tend to take for granted the hard work that plants do, harnessing the energy from the sun. Photosynthesis is the beginning of most food chains on earth, the exceptions being bacteria (Archaea) that can obtain energy from inorganic chemicals like sulphur and ammonia. But since we don’t eat bacterial ooze for breakfast, this process remains relatively unimportant to humans. Photosynthesis is what gives us life! 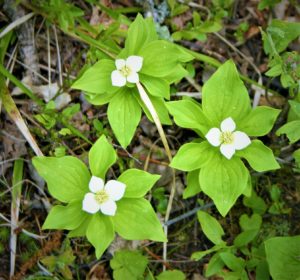 Plants like Bunchberry (Cornus canadensis) engage in photosynthesis, one of the most important chemical reactions on earth. (c)  Manitoba Museum

Photosynthesis is a process where plants, and plant-like aquatic creatures such as phytoplankton, use energy from the sun (photons) to combine water (H2O) with carbon dioxide (CO2) from the air, to make sugar (C6H12O6). Oxygen (O2) is a “waste” product of photosynthesis. This reaction takes place in special green-coloured plant cells called chloroplasts. Plants and phytoplankton use the sugar they make to grow and reproduce themselves.

Animals and fungi are incapable of photosynthesizing; they have to “eat” plants to stay alive. Even meat-eaters (i.e. carnivores) are ultimately dependent on plants for their survival, because they eat animals that eat plants or phytoplankton. Further, the oxygen that plants produce is also required by animals to breathe. Thus, we depend on plants for our very lives. 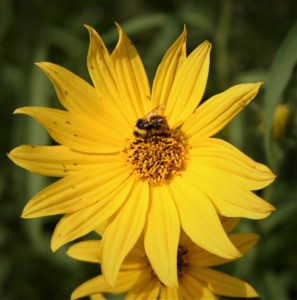 All animals, including insects like this bumblebee (Bombus sp.) on a sunflower (Helianthus sp.), depend on plants for food. (c) Manitoba Museum

Some northern plants are “evergreen”, which lets them begin photosynthesizing as soon as the ground thaws in spring. In contrast, deciduous plants have to grow a whole new set of leaves before they can begin photosynthesizing again. As there is almost continual sunlight over the summer months in the far north, tundra plants can photosynthesize almost non-stop during this time. They must quickly produce enough sugar over the short summer to stay alive, in a dormant state, over the long, dark winter. 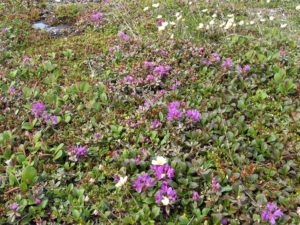 The evergreen Purple Saxifrage (Saxifraga oppositifolia), begins photosynthesizing as soon as it can, even when there is still snow on the ground. (c) Manitoba Museum

One way that plants can increase the amount of light they receive is by slowly moving in response to the direction of the sun (i.e. heliotropism). Like tiny solar ovens, species such as Entire-leaved Mountain Avens (Dryas integrifolia), move their flowers each day so that they continually face the sun. As a result, the flower temperature is several degrees warmer than that of the air. This improves seed production, in part, because pollinating insects are more likely to visit warmer flowers. In other plant species (e.g. sunflowers or Helianthus) it is the leaves that rotate to be perpendicular to the sun, increasing the amount of light for photosynthesis. 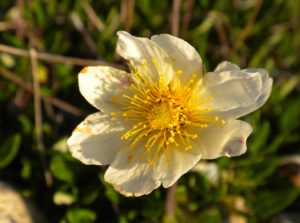 The umbrella-shape of the flowers of Entire-leaved Mountain Avens (Dryas integrifolia), concentrates the sun’s rays on the young seeds developing in the center. (c) David Rudkin

Many ancient human societies in the northern hemisphere held religious gatherings or celebrations around the winter solstice (typically Dec. 21 or 22) because even though they knew many cold days were still ahead, the amount of sunlight would begin to increase again. Evergreen plants, like spruces, pines, mistletoes and holly, were sometimes part of these events, because they are the plants that refuse to wither when the light begins to fade.