Doing biological field work always comes with challenges. Since I began working at the Museum in 2003, the summers have been relatively wet. As a result, I’ve had to deal with muddy roads, many, many biting insects thirsty for my blood, and bootfuls of water obtained while exploring flooded wetlands. This year though, the roads were good, the biting insects non-existent, and many wetlands were so dry that I could walk right into the middle of them-no rubber boots required! In contrast, my main concern this year was possibly getting heat stroke! 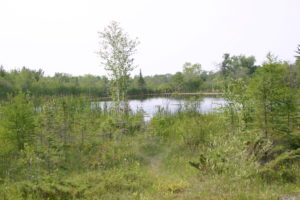 This wetland near Lac du Bonnet that I visited was almost completely dry.

As part of my research for a new book on Manitoba’s flora, I’ve been trying to track down populations of historically-collected plants (some of which haven’t been collected for over 100 years) to see if they still grow here. Fortunately, this year, all of the sites I needed to visit were close to major bodies of water: Lake of the Woods, Lakes Winnipeg and Manitoba, and Lac du Bonnet. As a result, I was able to go for a quick swim in the nearby body of water to cool off after a long day of hiking. Swimming is especially satisfying when you have been wearing long pants, wool socks and hiking boots in 30°C+ temperatures all day. Field work this year also involved drinking copious amounts of water (which were nearly completely sweated out given that I didn’t have to go to the bathroom all day!), lots of SPF 50 sunscreen, taking breaks under the shade of a tree, and wearing a cooling, water-soaked bandana around my neck. 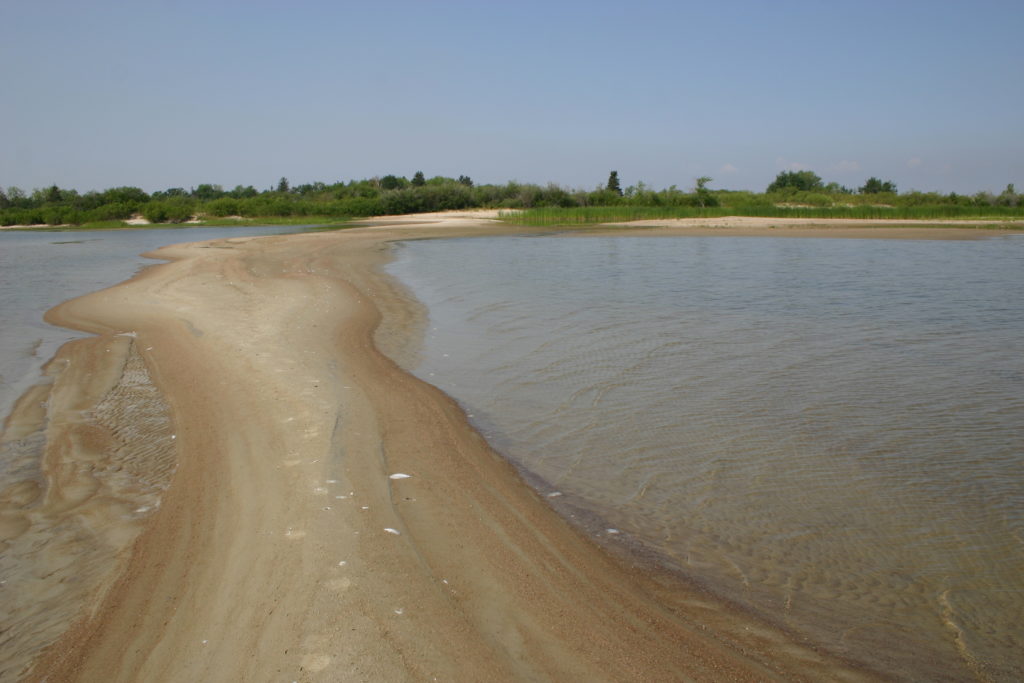 I also got lucky with my field work, finding a new rare plant population and a new plant species for the province. The first rare plant species I discovered was Hairy Bugseed (Corispermum villosum). This species is currently ranked S1 (critically imperilled) in Manitoba because there are only three populations known in the province. I discovered a small population at St. Ambroise Beach Provincial Park on Lake Manitoba. Additionally, the population of this species that occurs out at Lake Winnipeg was found to be more extensive, extending all the way to Elk Island Provincial Park. 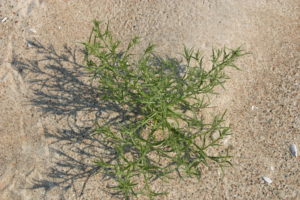 Out at Lake of the Woods, there are several plant species that reach the northeastern edge of their range. One is the lovely Small Purple Fringed-orchid (Platanthera psycodes). It was suspected to occur in Manitoba, but no one had actually collected a specimen until 1984. As I had never seen it before, I was thrilled to find and photograph the two plants in flower at the site. 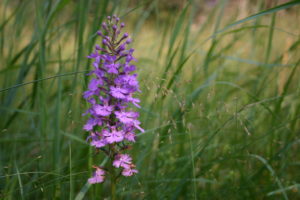 The Small Purple Fringed Orchid was an exciting, and beautiful find!

Not far from the orchid, I saw another plant that I was on the lookout for: White Avens (Geum canadense). Although this species is relatively common in Ontario, Quebec, New Brunswick and Nova Scotia, it has apparently never been collected in Manitoba before. I carefully removed part of the stem only (not the root) to make an herbarium specimen, after verifying that there were more than ten additional plants in the vicinity. 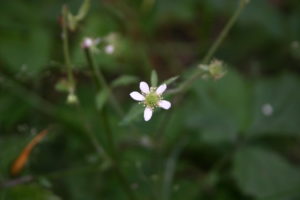 I collected the first ever specimen of White Avens in Manitoba this summer.

Finding these new, rare plant populations made the hot, July temperatures much easier to handle. The specimens collected will be carefully preserved in perpetuity at the Museum to document these plant populations for conservation purposes, and for future researchers to study.