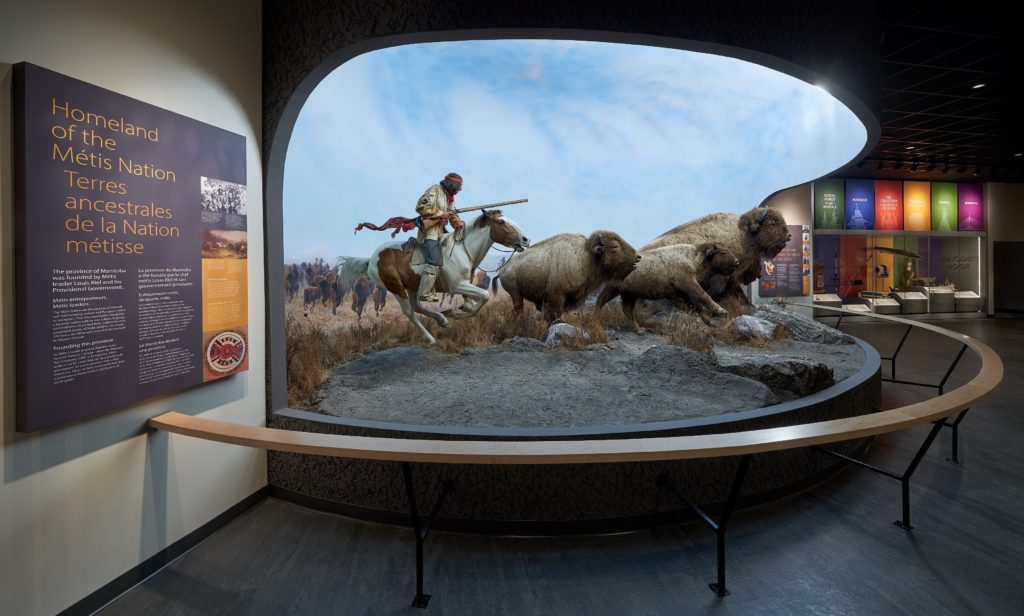 When the Museum opens to the public again, our visitors will be in for a pleasant surprise. The very first of our nine galleries, now called the Welcome Gallery, has been completely renovated. The much-loved Bison diorama is still there, but the exhibits surrounding it are all different. Originally built in the 1970’s, this gallery definitely had a dated vibe to it that needed to change. Further, it was no longer doing its job as an effective introduction to the province of Manitoba or to the Museum’s galleries. 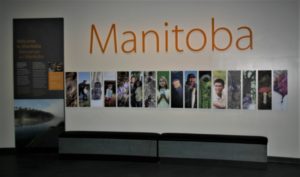 The welcome wall introduces visitors to both the province, and the Manitoba Museum.

The role that First Nations, Inuit and Métis peoples played in the settling and formation of the province of Manitoba is now described in several places in the renovated gallery, including a beautiful new exhibit on treaties. This exhibit was created in cooperation with the Treaty Relations Commission of Manitoba, and features the medals, pipes and pipe bags associated with these agreements. It demonstrates the fact that the Museum is committed to working with Indigenous peoples to accurately tell the history of Manitoba. 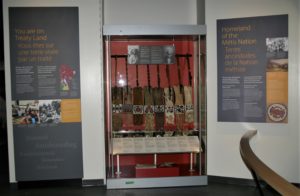 A beautiful, new treaty exhibit was set up to the left of the iconic Bison Diorama.

Another prominent component of the gallery is a new wall projection depicting 18,000 years of Manitoba history in two minutes! The Museum’s seven Curators all worked together on this video, which portrays, among other things, melting of ice age glaciers, changes in vegetational communities (i.e. biomes) over time, migration of Indigenous peoples into Manitoba, migration of settlers after confederation with Canada in 1870, and predicted future temperatures due to climate change.

Curators pulled out many candidate specimens and artifacts when deciding what to put in the new gallery introduction case.

The most eye-catching new exhibit is the gallery introduction case. The theme of each of the Museum’s remaining eight galleries are revealed through the iconic objects–animals, plants, fossils, minerals and artifacts–on display. Some galleries feature human history stories such as the fur trade in the Hudson’s Bay Company Collection Gallery, but four galleries are about Manitoba’s biomes (e.g. Arctic & Subarctic, Boreal Forest, Parklands and Prairies), and feature both natural and human history exhibits. Curators looked deep into the Museum collections to find some of our most intriguing objects to display. Unique colours and icons on the banners associated with each gallery are repeated at their entrances in the Museum, to let people know where they are, and what they will be seeing. 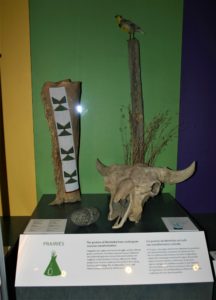 A new case describes each gallery, including the Prairies Gallery, and displays iconic specimens like little bluestem grass, and artifacts from the Museum’s collection.

As a scientist, I was disheartened that the old Orientation Gallery did not highlight the fact that this Museum has scientific collections and does research. The new Welcome Gallery does a better job of explaining this, allowing us to display and depict some of Manitoba’s fascinating wildlife. In particular, the new Discovery Room exhibit, The Museum’s Collection Illuminated: Celebrating 50 Years, highlights specimens and artifacts collected by, or donated to, the Museum. A slide show gives visitors a peak into the lives of the Curators and Collections staff that brought this new gallery to life. 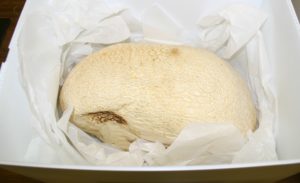 This giant puffball fungus, donated to the Museum many years ago, is now on display in the Discovery Room.

As the lead Curator for the Welcome Gallery renewal, I am thrilled with the look of this space! I hope our visitors will enjoy seeing what we have been busy making during the pandemic. 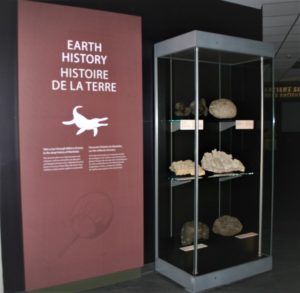 New introductory panels are now located at the entrance to each gallery to help our visitors know where they are.