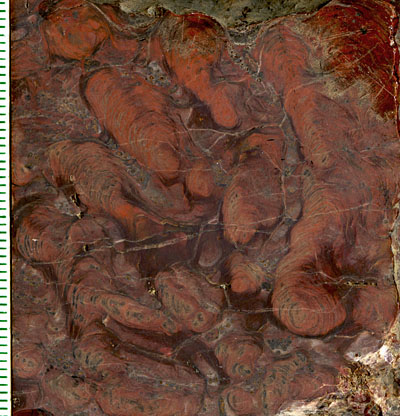 A polished surface of small finger-like stromatolites, mounds made by Cyanobacteria (blue-green algae) and other microorganisms. This specimen is 1.9 billion years old, from the Gunflint Formation, Lybster Township, northwest Ontario (The Manitoba Museum, B-129; all scales are in millimetres).

This week I have been working on an exhibit about the early history of life on Earth. We have selected several specimens for this exhibit, including examples of stromatolites, mat-like structures formed by bacteria and Cyanobacteria (blue-green algae). Some of the Precambrian specimens in our collection had been cut and polished, so I have been putting them on my flatbed scanner to produce images. 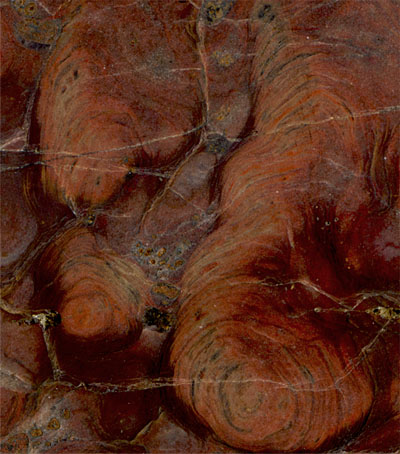 A detail of part of the specimen shown above. The layers were produced as the microbes bound limey sediment on the seafloor (TMM B-129).

Modern scanners are very sophisticated digital imaging devices. Most people don’t seem to consider using them for anything other than photos and documents, but I know many paleontologists who scan flat fossils and microscope slides.

I have been doing this for years; I used to put a sheet of mylar on the glass to protect it from scratching, but I found that produced weird light effects (or “artifacts”). So nowadays I am just very careful, and place the fossil on the end of the scanner bed opposite the part usually used for photos. 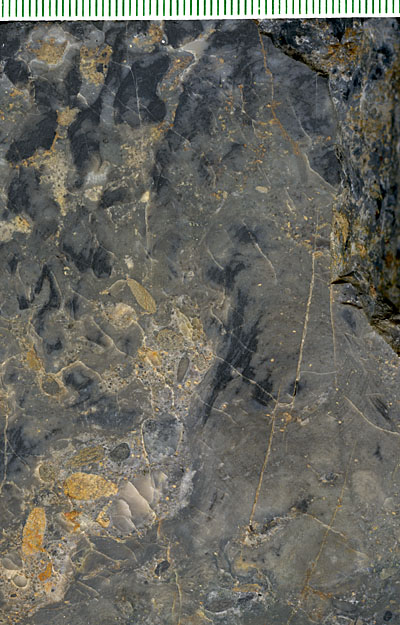 Clotted and layered microbial textures in a specimen from the Gunflint Formation at Schreiber Channel, northwest Ontario (TMM B-130). This is the same site from which Tyler and Barghoorn described microscopic examples of early bacteria.

Scanners are generally better than cameras when you want to photograph items that are flat or nearly flat; any imperfections in these images come from the way in which the rocks were polished. 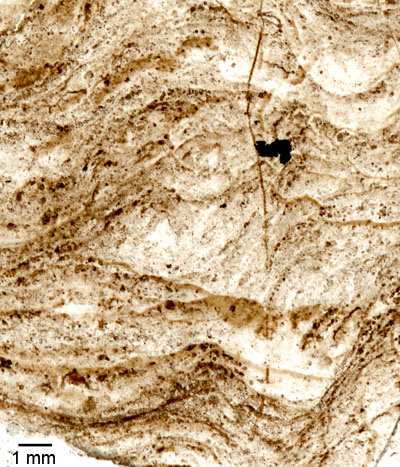 The Gunflint Formation (or “Gunflint chert”) is a succession of iron-rich sedimentary rocks exposed in northwest Ontario and northern Minnesota. This unit, dating from about 1.9 billion years ago in the Proterozoic Eon of the Precambrian, yielded some of the first-known well-preserved Precambrian microfossils.