The scientific method: a reality check

If you have ever heard someone say “I have a theory about that” they don’t. They’re most likely confusing the word “theory” with “completely unsupported, untested hypothesis”. All kidding aside, the words “theory” and “hypothesis” mean something very specific to a scientist, and the former is actually a much stronger statement than the latter. Since most people are not scientists but sometimes need to judge the value of someone’s statements, it can be useful to have at least a rudimentary understanding of how the scientific process works.

The journey to creating a theory is a long and arduous one and, in fact, one that most scientists will only ever contribute peripherally to. But every journey starts with a first step so that is where we will begin. In addition to the scientific jargon, I have taken the liberty of translating it into everyday  vernacu… umm language (it’s hard to stop using big words when you’ve spent 22 years in school).

Step 1
Select a topic for study.
Translation: Read so many scientific journals that your eyeballs dry up and your head explodes. 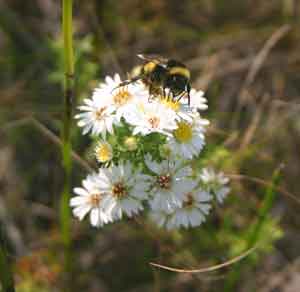 Watching bumblebees made me wonder why they visited certain flowers more than others.

Step 2
Contemplate.
Translation: Think really hard about what you’ve read. Unfortunately thinking looks a lot like slacking off. So keep a file open on your computer and sit in front of it while you’re thinking in case someone walks by. That way it looks like you’re working. Which you are of course, it just doesn’t look like it!

Step 3
State your hypothesis and the opposite of it, which will be the null hypothesis.
Translation: Make an educated guess regarding what will happen.  Or not.

Step 4
Design an experiment to test your hypotheses.
Translation: Create a beautifully designed experiment that will win you awards and accolades from your peers!  Fantasize about winning a Nobel prize. 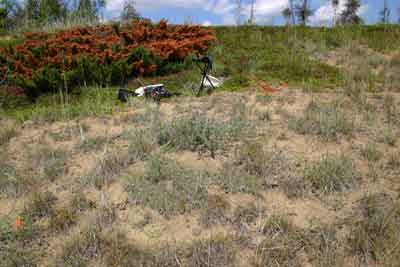 Step 5
Conduct the experiment and collect data.
Translation: Discover that nature really doesn’t like beautifully designed experiments and will vindictively do everything it can (late frosts, hail, floods etc.) to screw with your research so that you have to change everything on the fly just to get some publishable results!

Step 6
Analyze the data.
Translation: Create so many spreadsheets and conduct so many statistical tests that you can no longer find anything on your computer. 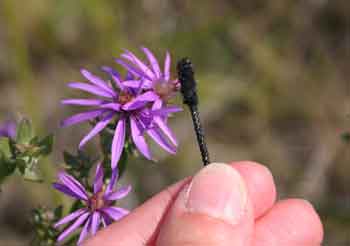 I conducted a hand pollination experiment on a rare plant.

Step 8
Write a paper for a peer reviewed journal.
Translation: Spend several months preparing a paper and ensuring that the formatting meets the requirements of the most prestigious journal in your field. Submit. Receive rejection letter. Reformat your paper for a less prestigious journal and submit. Receive scathing peer reviews of your paper. Swear. Reluctantly make suggested changes to the paper while grumbling about it to anyone that will listen. Even more reluctantly conclude that the reviewers’ changes do indeed greatly improve your paper. Submit final version. Send a reprint to your mother.

Although I was intentionally being silly, the fact of the matter is that a research project never goes off without a hitch.   Science is certainly one thing: a learning experience.