What ecology has taught me about economics

In order to get my degree in environmental studies I had to take six classes in economics so that I would have some understanding of how the economy worked.  In reality, I only needed three weeks of economics to understand that much of what they were teaching was a load of bunk.  When I asked my professor how pollution and environmental degradation were accounted for in the economic theories she was teaching us she replied that those things were “externalities” and would not be discussed, as if we as a society could somehow pretend that they didn’t exist.  I decided that perhaps nature would be a better teacher of economics. 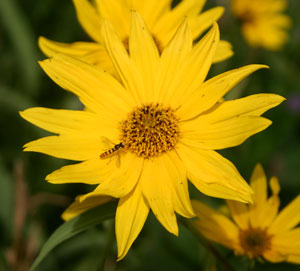 So what have I learned about economics from the study of ecology?  First of all diversity is a good thing.  Although some species of plants rely on only a few pollinators, most are serviced by a wide variety of insects.  This means that even if one species is doing poorly, others can fulfill the same functional role.  Diverse systems are more resilient, can continue to function under atypical circumstances and recover faster from perturbations.  The globalization of our economy means that we increasingly depend on just a few companies or countries to produce certain goods in the name of efficiency.  Unfortunately when disaster strikes, as it just did in Japan, key parts that only Japanese companies manufacture are now in short supply, threatening the functioning of other companies half way around the globe!  Imagine for a second that we were suddenly unable to rely on China for manufacturing?  Would anyone else in the world be able to produce the things we need in the quantities we need them in?  Species that are highly specialized are efficient but that efficiency comes at a price and that price is resiliency.  With an unpredictable global climate confronting us, it is the resiliency that comes from diversity that will prevent ecosystems and economies from totally unravelling. 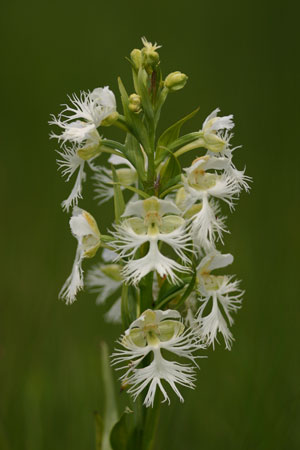 Like many species, the Western Prairie Fringed Orchid depends on other plants, fungi and insects to survive.

Another lesson I’ve learned is that EVERYTHING is interconnected.  The rare Western Prairie Fringed Orchid is a fascinating plant in terms of its interconnections.  In order to grow it depends on a mychorrhizal fungus found in certain soils.  To reproduce, it requires the pollination services of a few species of moths.  The larvae of those moths require trembling aspen trees for food.  We cannot save the orchid without also saving the fungus and the moth and the aspen and all of the other organisms they in turn are connected to.  We Canadians like to think that we are isolated from the troubles in the rest of the world but, as the recent collapse of the banking system and subsequent decrease in the value of every Canadian’s retirement savings has shown, we are not.  The fact of the matter is that we are all in this crisis together so we’d  better start getting along.

One of the most important lessons I’ve learned is the one that just about every economist chooses to ignore: that perpetual growth is a physical impossibility.  The population size of every species fluctuates over time and so does our economy because it is based on natural systems.  The 1929 and 2008 market crashes were inevitable because no system can grow perpetually.  The only reason the human population has been able to grow exponentially until now is because we have been co-opting more and more of the earth’s resources for ourselves at the expense of other species.  Fossil fuels have enabled us to increase productivity beyond what is normal for our planet’s systems but as these fuels are non-renewable eventually we will be back to where we started.  Nuclear power can potentially provide us with energy when fossil fuels become scarce but as is so abundantly clear from the recent disaster in Japan, it comes with grave risks that threaten humanity in other ways.  We simply have to accept that busts will always follow booms; the only thing we might be able to control is how severe each of the peaks and troughs are.  If we refuse to control our growth, nature will control it for us. 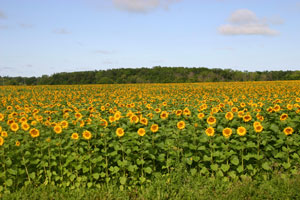 More and more of the earth's land is being used to sustain humans.

The last thing I’ve learned is that every system has its breaking point.  Yes, diversity can buffer an ecosystem from extreme changes but that only goes so far.  Once too many species are lost, cascading extinctions due to the interconnectivity of the world’s ecosystems will bring just about everything down.  Sure there will be a few hardy survivors left behind to evolve into new and wonderful creatures in a couple million years, but they are unlikely to be the ones that humanity needs to survive.  Unless you really enjoy eating jellyfish and cockroaches, I’d be concerned!  The fact is 99% of all species that have ever existed have gone extinct; we know this through the fossil record.  It is inevitable that humans will one day follow in the footsteps of the dinosaurs to a rocky grave.  The only questions are when and how.  That is what humanity has just a little bit of control over.  The good news is that you have a little bit of that control too.  Every day, through the choices you make, you alter the destiny of humanity for good or ill.  Which one will it be?