Whom to be thankful to on Thanksgiving

Ask anyone if they can name a type of Ukrainian food and they will immediately answer perogies.  Italian food is clearly spaghetti and meatballs while spicy, peanut-based curries are classic Thai fare.  But ask someone to name a Canadian or American dish and most people will either draw a blank or perhaps mutter something about hamburgers and hot dogs (which are actually German) or pizza (which is Italian).  It is unfortunate that so many of us forget that a traditional Thanksgiving dinner features some of the many foods that are native to the Americas. 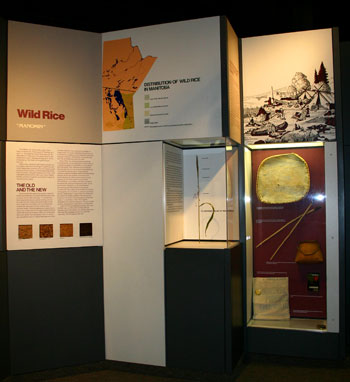 Manitoba Museum exhibit on wild rice in the Boreal Gallery.

First of all what do I mean by a traditional Thanksgiving dinner?  I tend to think of roast turkey, cranberry sauce, wild rice and chestnut stuffing, cornbread, mashed potatoes, sweet potatoes, baked squash and, for dessert, pumpkin, blueberry, maple sugar and/or pecan pie.  What is unknown to many people is that the main ingredient in each of these foods is native to the Americas. 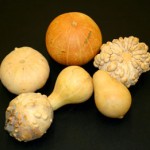 Gourds and winter squash are native to the Americas.

Turkeys were found wild all over North America.  Cranberries and blueberries are low shrubs that grow in the boreal forests of Canada and the southern United States; they are now raised commercially. Wild rice is grown and harvested by First Nations in the wetlands of northeastern Canada.  Pecan, maple and American chestnut trees dominated the eastern deciduous forests in Canada and the United States.  Although pecan and maple trees are still common, the American chestnut is almost extinct, the victim of a disease (i.e. Chestnut blight) accidentally brought to the Americas from Asia.  Corn and squashes (including pumpkins) were originally bred by the indigenous peoples of Mexico and Central America, while potatoes were a staple of the Peruvian Inca.

The trade of seeds and migration of indigenous peoples throughout the Americas resulted in the spread of these food crops far from their centers of origin.  When Europeans first arrived, corn, beans and squash (called “the three sisters” by First Nations) were being grown in North America in a unique polycultural system.  The corn acts as a pole for the beans to climb up, the beans fix nitrogen in the soil for the corn and the squashes suppress weeds and help the soil retain moisture.  Eaten together, these three foods are also highly nutritious and complementary, giving you all your amino acids, many vitamins and fiber.  In the 1980’s Manitoba Museum archaeologist Leigh Syms (now retired) discovered seeds of corn in storage chambers near Lockport and Snyder, evidence of pre-European agriculture in Manitoba.  Eventually “new world” food crops spread to other continents after Europeans reached America and are now being grown all over the globe.  In fact, one is hard pressed to find a type of cuisine that hasn’t been impacted by American food plants.  Ukrainians weren’t stuffing their perogies with potatoes before 1,500 AD.  Italians didn’t have any pizza or marinara sauce before then either as tomatoes are also a “new world” crop.  And spicy Thai curries that rely on peanuts and hot peppers were also non-existent; both plants are native to Mexico.  Desserts were also pretty boring before 1492 since the indigenous peoples of Central America discovered two of the most popular flavorings: chocolate and vanilla.

An examination of the history of agriculture and world cuisine reminds us that culture, far from being static, is constantly in flux.  So the next time you encounter a foreigner who asks about Canadian culture mention the significance of the Thanksgiving dinner and all of the cultures whose world cuisines were forever changed by the plants of this continent and the First Nations who began cultivating them.  Happy Thanksgiving! 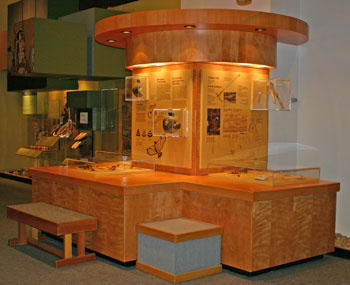