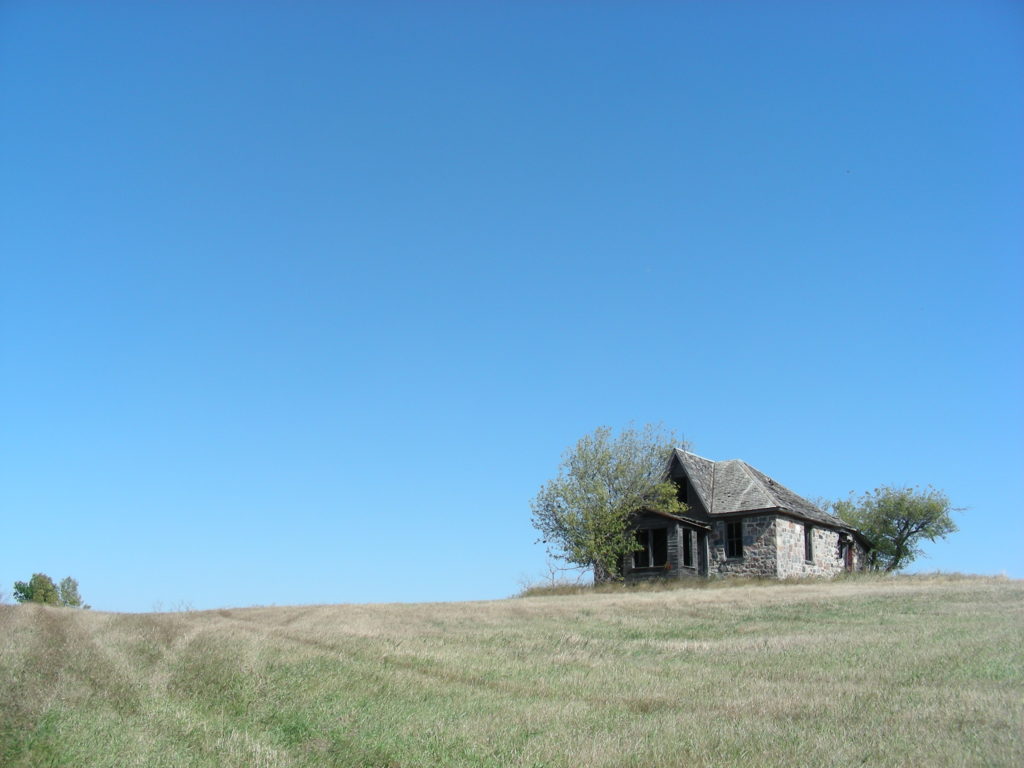 In 1895 William and Isabel Brockinton had a charming Gothic cottage built on their homestead south of Melita, Manitoba. In our new Prairies Gallery we will be featuring a small touchable model and a full scale stone replica wall section of this now abandoned home. 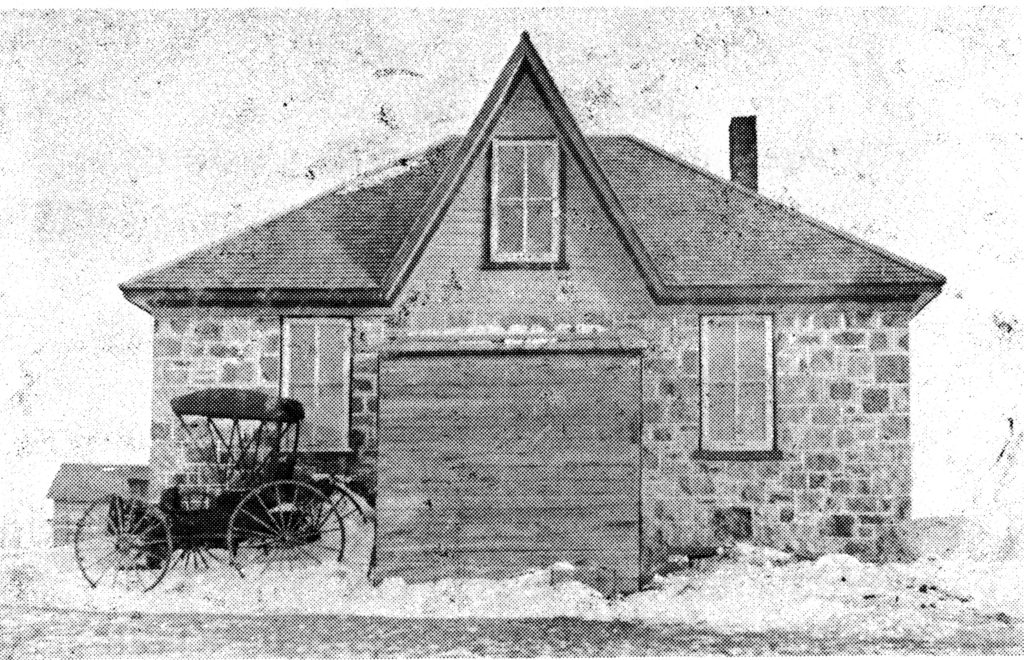 Brockinton House, circa 1895. From “Our First Century: Town of Melita and Municipality of Arthur,” 1983 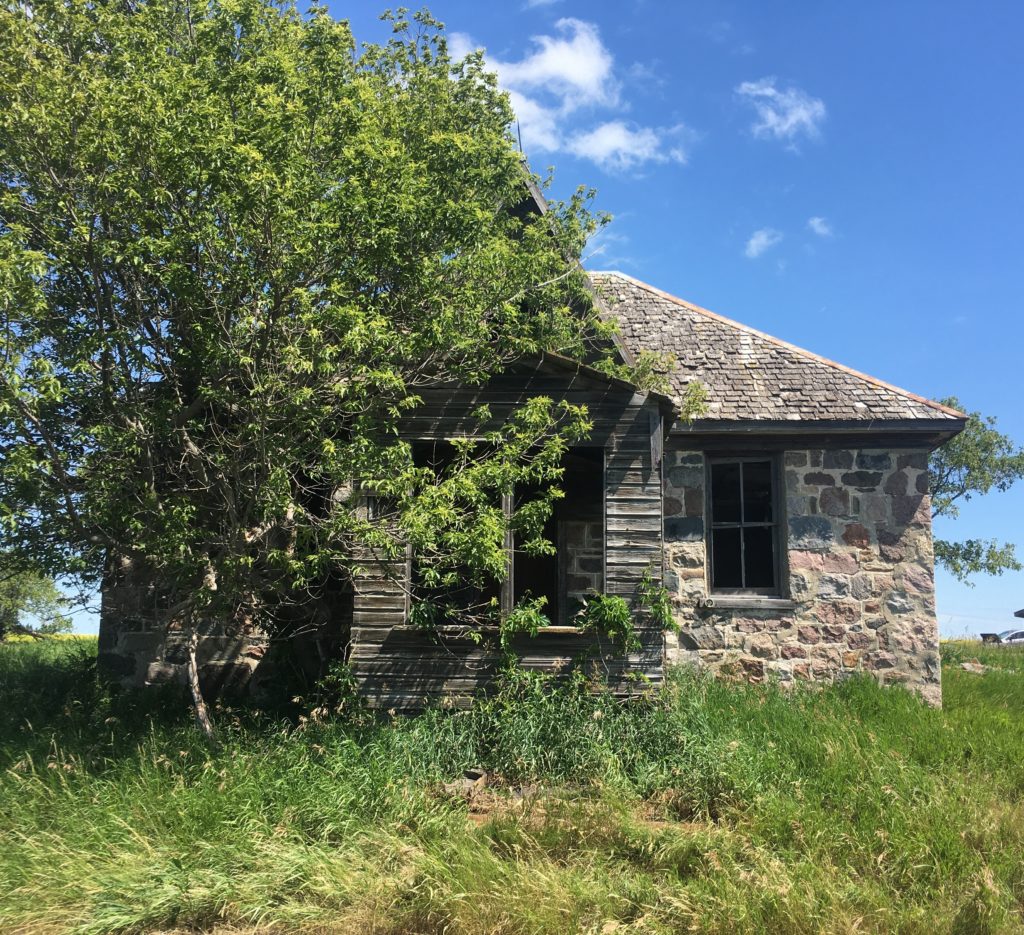 First, what’s a Gothic cottage? “Gothic” conjures all kinds of associations – darkness, brooding, mysticism, fashionable black clothing, and so on. But in architecture after 1800 it really was all about style. The Brockinton house is an excellent example of a Gothic cottage, a building style brought by migrants from Ontario after the 1870s. Though somewhat rare on the prairies, it was a very common house style in Ontario from the 1860s to the 1940s.

William and Isabel Brockinton arrived in Woodstock, Ontario in 1881 from England. The Brockintons were in their early thirties, with two children, when William quit his job as an auditor for the Birmingham Railway in England. Though educated at Oxford, William for some reason wanted to try his hand at farming in Canada. They stayed in Woodstock for the winter, where they would have seen many Gothic cottages, and then joined a party of young men who were going west to homestead in Manitoba. The Brockintons chose their future farmland from a Homestead Map, and proceeded to Manitoba in the spring of 1882. The railway had only gotten so far as Brandon, where they stopped and bought supplies. From there they travelled with oxen another 130 km to their new homestead, south of present day Melita. Isabel drove in a pony-powered buggy accompanied by her two small children, leading a cow tied behind. The family survived their first winter (barely) by hunkering down in a sod hut. In the second summer William acquired a second homestead near the Souris River and built a sod hut into the side of a ravine, thus surviving yet another winter. It was on this second homestead that the Brockintons would eventually build their stone Gothic cottage in 1895. 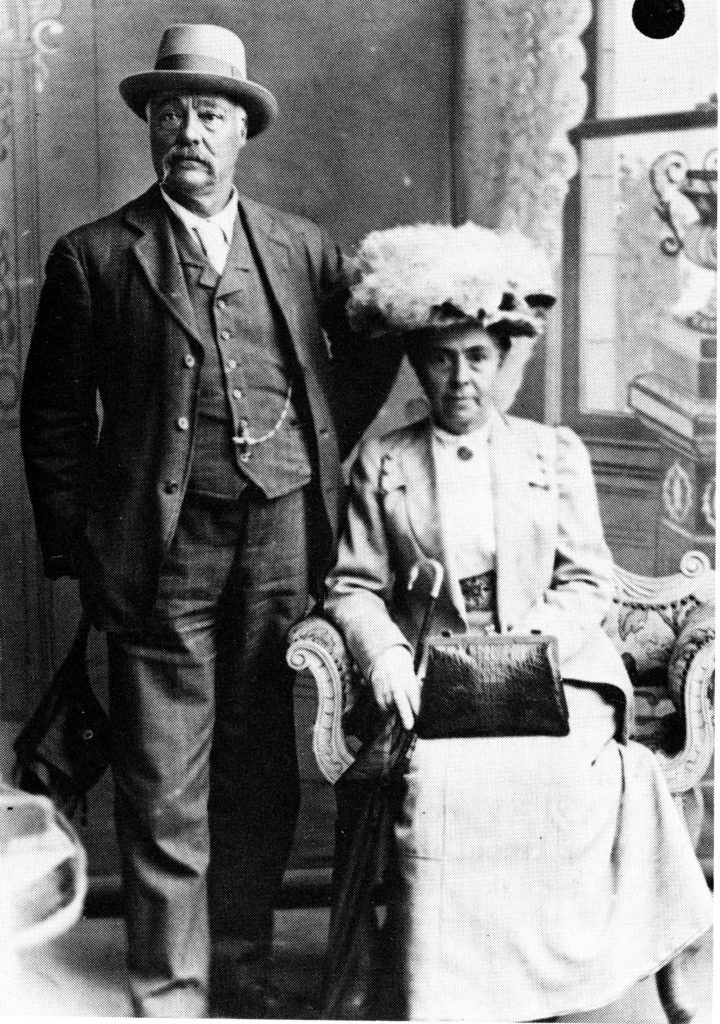 William and Isabel Brockinton, circa 1910

When I saw their abandoned house in 2014 as part of a curatorial field trip, I was amazed by the stonework. Though the home was small and stout, there was also an air of refinement to it, and I realized that great care had been taken in its design and construction. 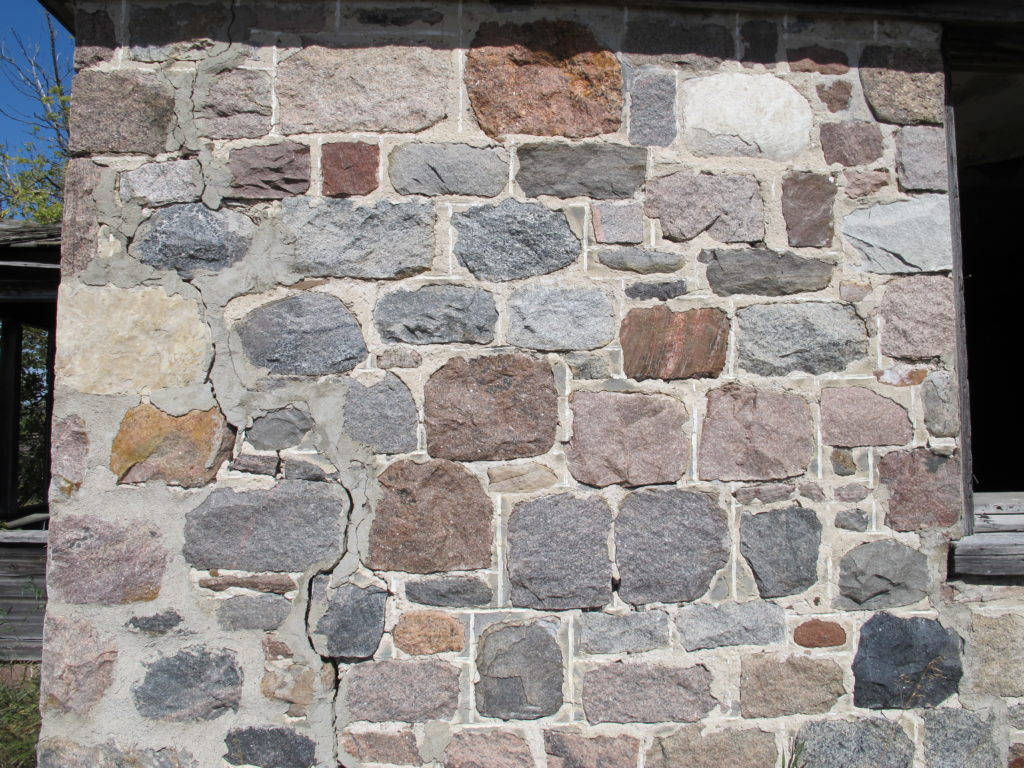 My colleague, Curator of Geology and Paleontology Dr. Graham Young, pointed out that the stones used in the walls were glacial “dropstones,” left behind as glaciers melted and receded to the north. Many buildings in the southwestern corner of Manitoba were made using thousands of dropstones collected from fields by settlers. Photo by Graham Young.

The “Small Gothic Cottage” was popularized by architect James Smith in an 1864 article in The Canada Farmer (Vol. 1, No. 1). It was based on houses that farmers were already building for themselves, but included exterior Gothic Revival design elements, in keeping with Victorian aesthetic ideals of the time. This included, among other things, a central high peaked gable above the front door, multi-coloured stone walls, and a hipped roof, all of which are obvious in the Brockinton home. The interior is small, with a room layout based on traditional English Lowland farmhouse plans of the 1700s. The kitchen was a back addition built after the original house was completed.

The Brockintons likely chose to have a small Gothic cottage built because they had seen and admired them in their short time in Woodstock, Ontario. Plans were easily accessible, and a builder would have been easy to find among the 1880s wave of migrant settlers from Ontario. Indeed, the stonemason was skilled: the stones were “dressed” on the exterior, meaning their exterior sides were squared, though the field stones were originally rounded. The walls are two feet thick, and include embrasure windows: they have a narrower opening on the exterior of the wall and flare out towards the interior. This is no mere hut! The Brockintons were making a statement with this house: “We’re here to stay, and we have class.”

The house is on a rise, with the front facing west, which would have taken the brunt of northwest winter winds. Imagine opening the front door in February! That might explain the exterior vestibule added to the front of the house. The only reason for this impractical orientation, in my opinion, is the view:  a ravine and the Souris river below, with a vista of riparian trees, illumined by the setting sun in an endless sky. 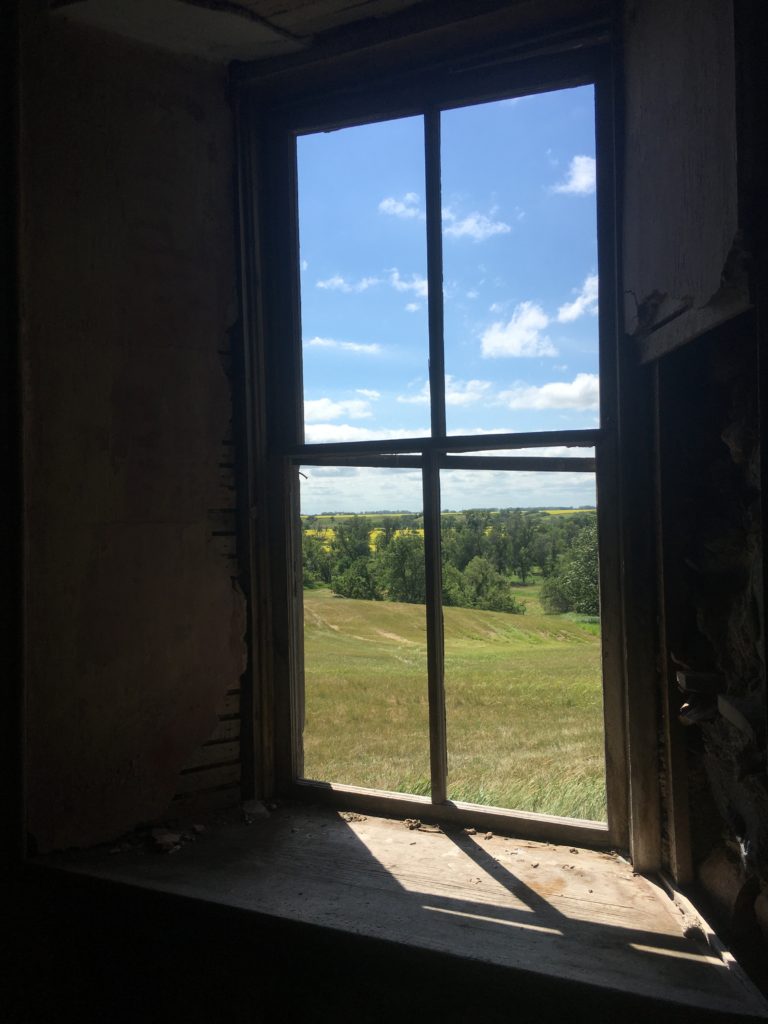 View of the Souris River valley from the front window. Photograph by Roland Sawatzky.