When Dr. Sawatzky brought the bible into the conservation lab, it was in very poor condition. Perhaps a sign of its dedicated use and a symbol of how far it has travelled both in time and distance. The coverboards were falling off, the spine was torn and abraded, numerous sections of pages were loose as well as heavily soiled and damaged.  Chosen to be displayed in the new Prairies Gallery, opening in the fall of 2020, it would need a lot of love and care to ensure its safe display. 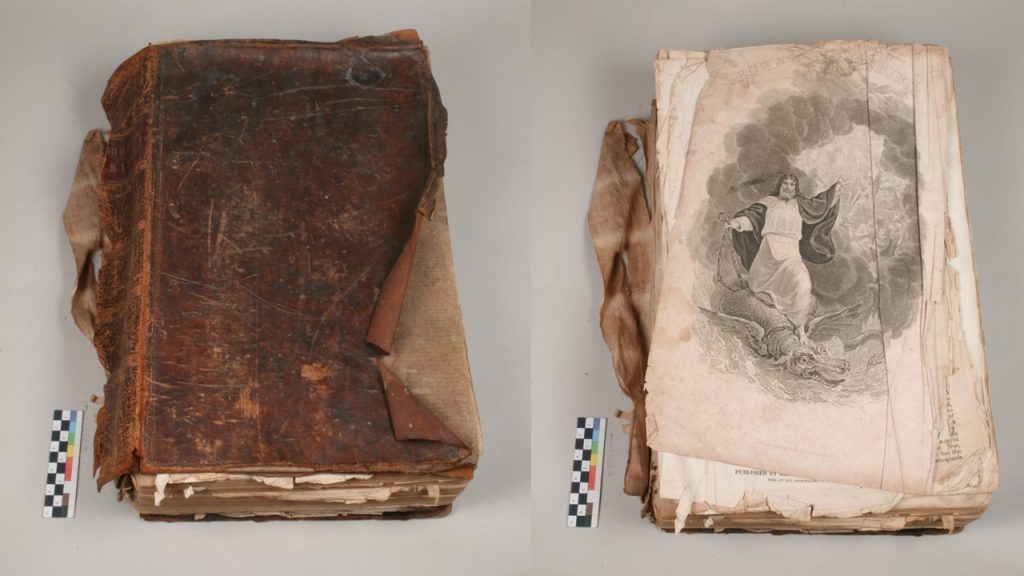 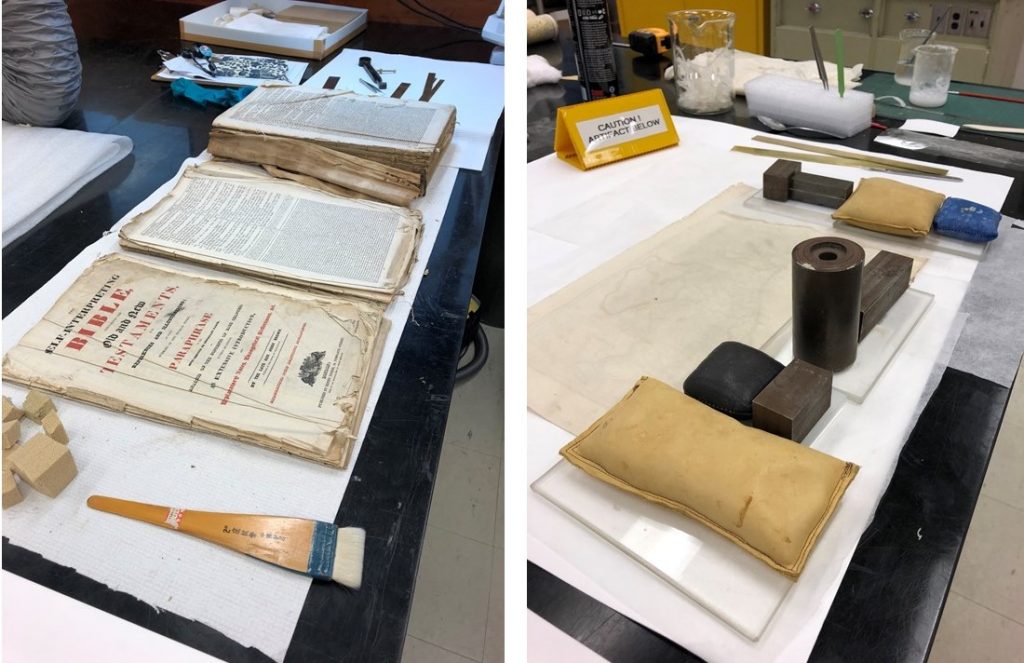 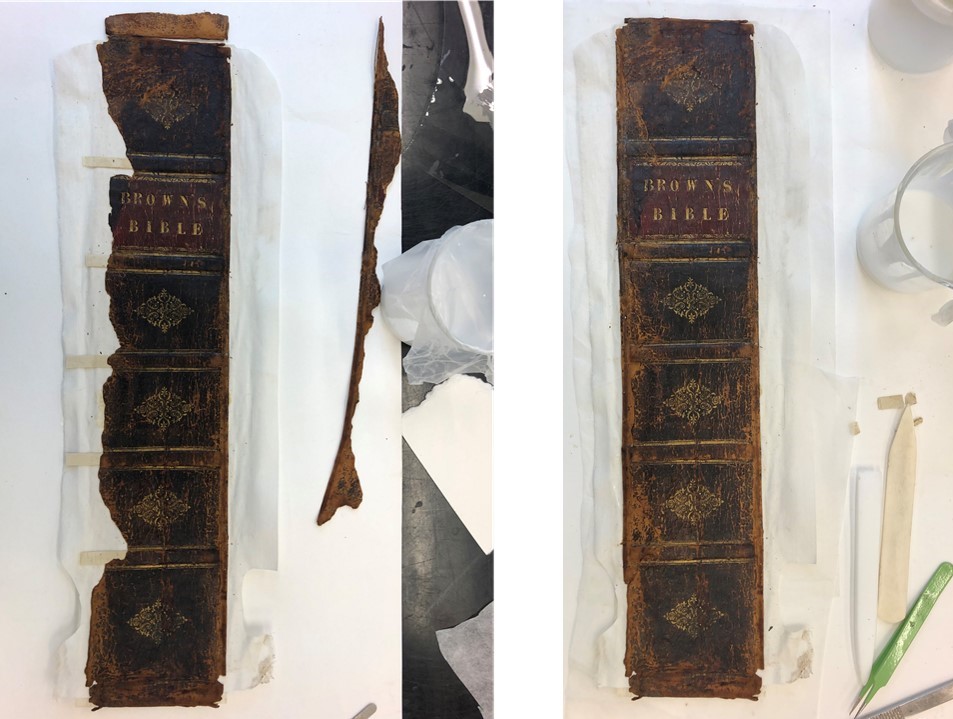 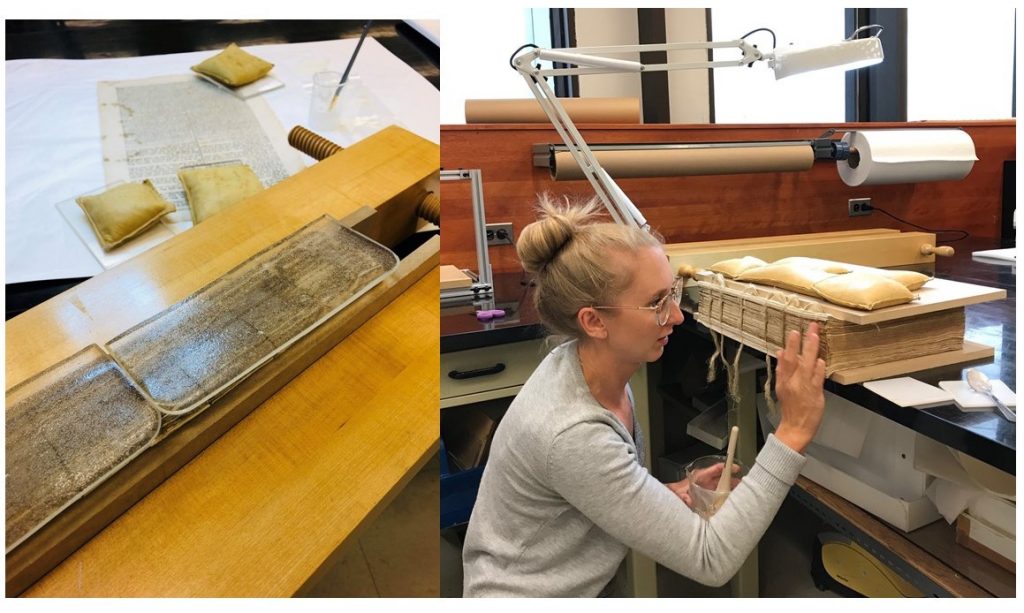 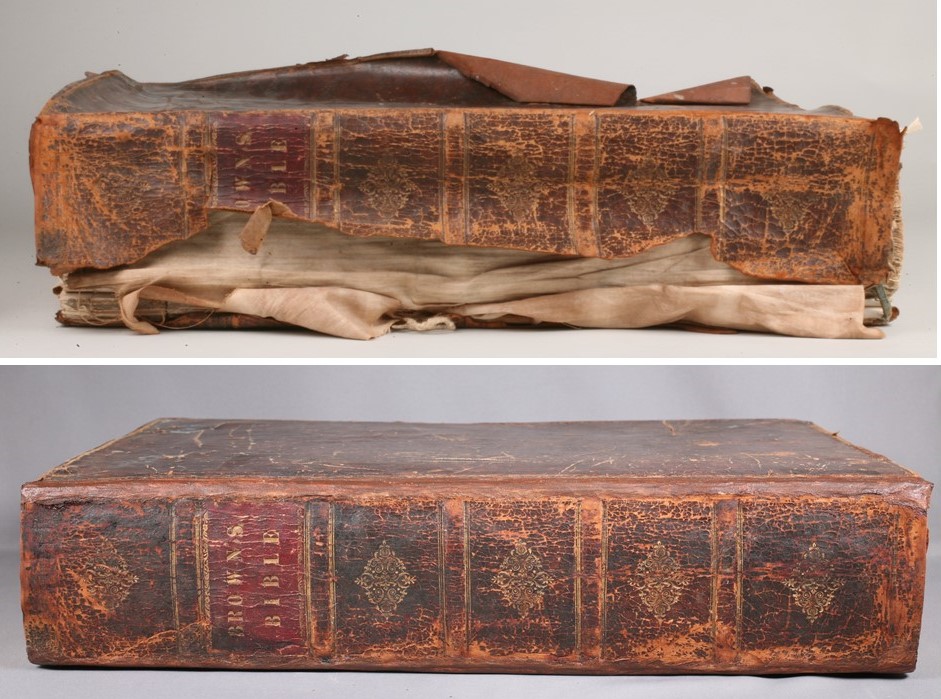