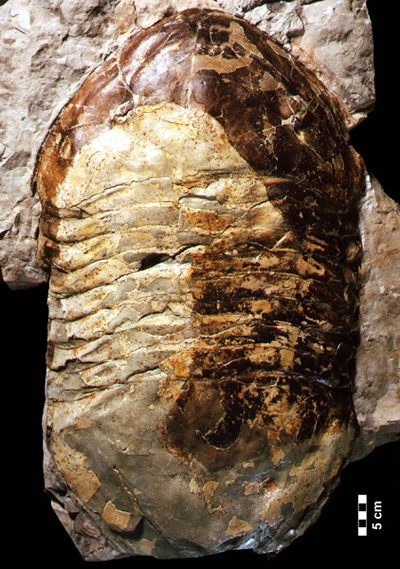 The Manitoba Museum is home to many unusual and unique specimens. Among the most remarkable is the world’s largest complete trilobite, the holotype specimen of the species Isotelus rex. Over the years we have occasionally received requests from other museums for replicas of this striking fossil.

More than a decade ago, before the specimen ever went on exhibit, we had a mould prepared by an outside contractor who also made a number of resin replicas. These were on the shelf and ready to be painted if an order arrived. But eventually those replicas ran out, and when a new order came in from a museum in Japan last year, it was discovered that the original mould was too old and worn to be used again. A new mould was needed, which meant that we would have to remove the specimen from its exhibit in the Earth History Gallery. 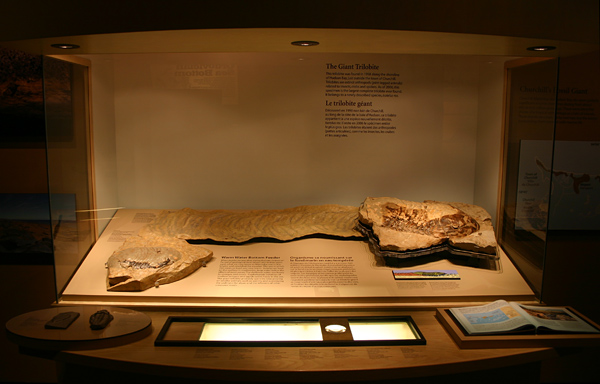 The I. rex type specimen, on exhibit with a trackway and other trilobite material.

So we pulled out the case, carefully slid out the fossil (this is tricky, because it weighs about as much as I do!), and wheeled it away to the artists’ studio to be worked on by Debbie Thompson and Betsy Thorsteinson. While the specimen was “on leave” from the exhibit, it was temporarily replaced by one of the existing replicas.

The following photos are Betsy’s documentation of the complex and fascinating replication process. Our artists are tremendously skilled, as indicated by the high quality of work in so many of our galleries, and by the attention to detail in the preparation of these perfect trilobite replicas. 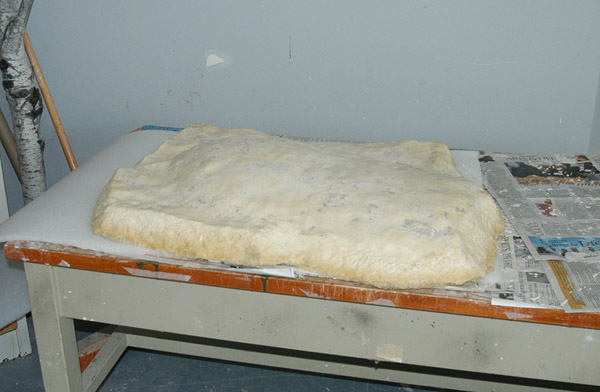 First, the fossil specimen was coated with layers of latex to precisely replicate its surface. This was strengthened with cheesecloth. 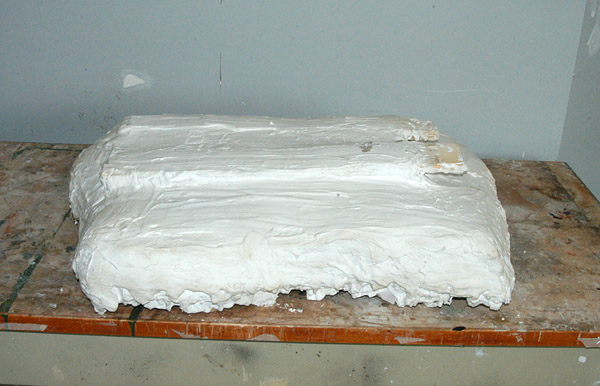 A plaster jacket was built up over the latex, and braced with wood. 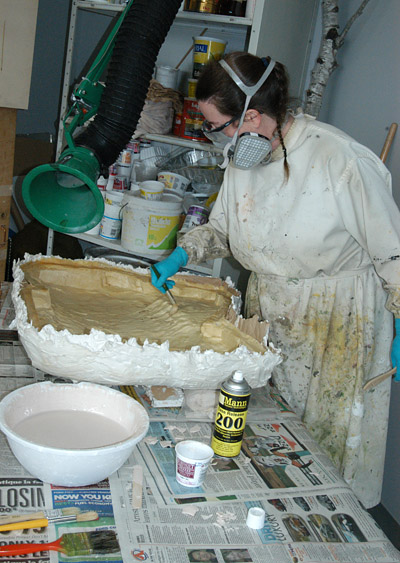 Once this had dried, the mould was pulled from the fossil. Debbie painted a layer of mould separator onto the latex prior to casting. 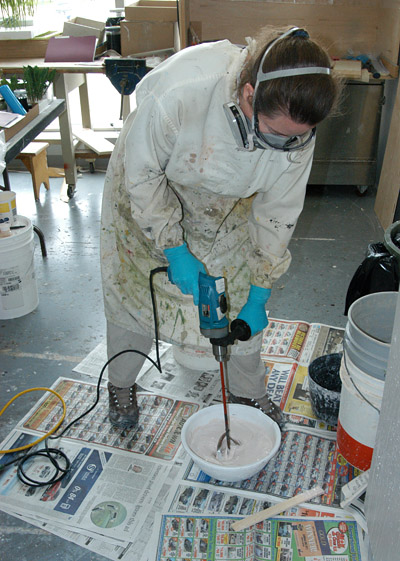 Polyester resin had to be mixed very quickly, as it begins to set within minutes! 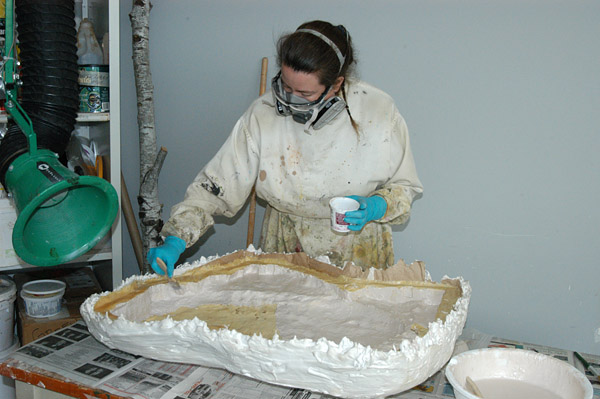 The resin was applied to the mould. 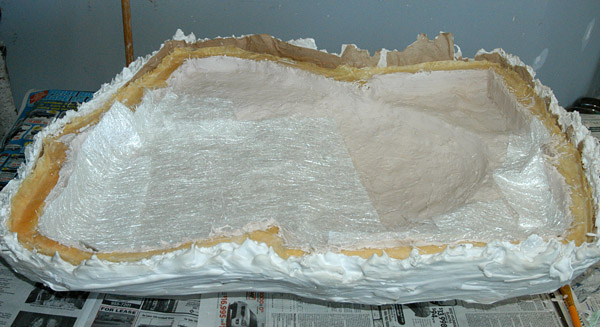 Fibreglass was layered in to strengthen the cast. 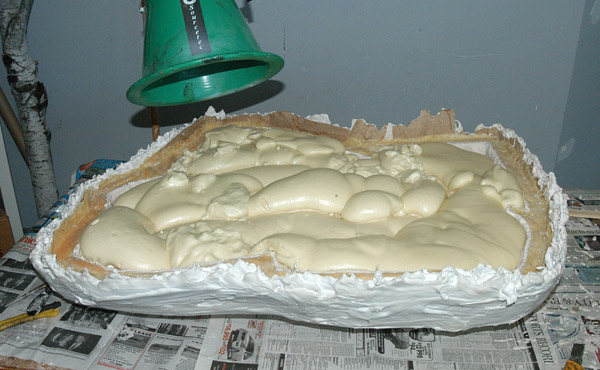 As a solid resin cast would be extremely heavy, the interior was filled with lightweight foam. 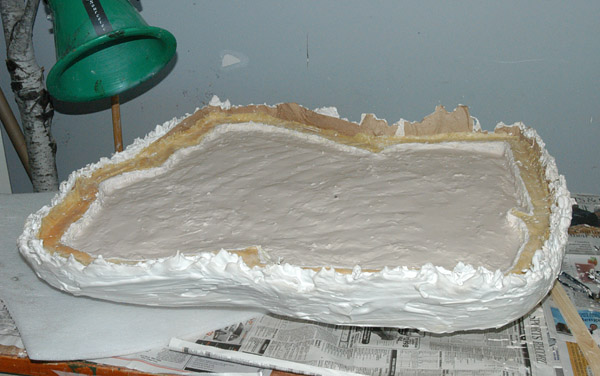 After the foam had been trimmed down, a resin coat was applied to the back of the replica. 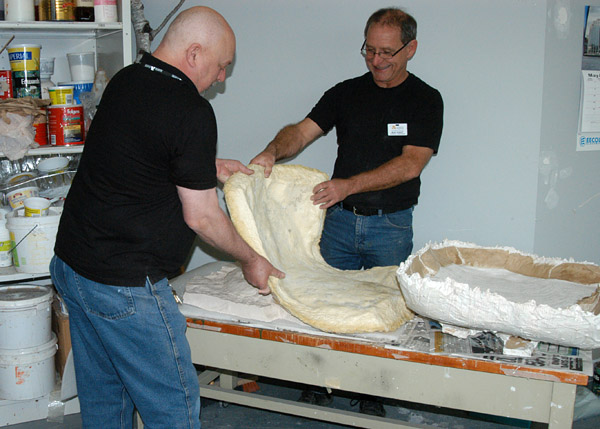 Bob Peacock and Marc Hébert peeled the latex from the replica. 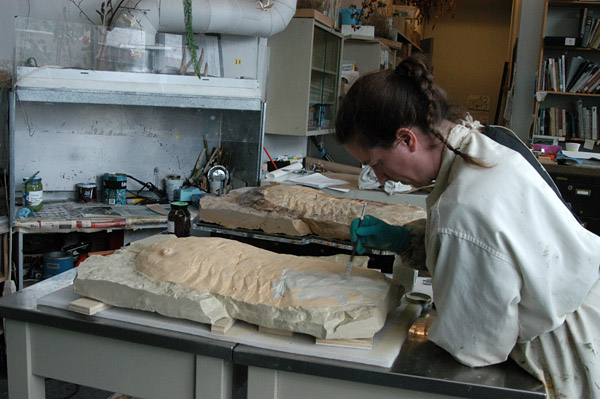 Debbie applied the first coats of paint to the replica. Note that the original specimen was nearby for reference. 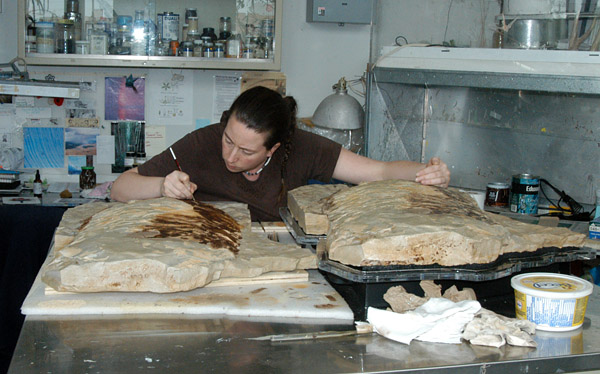 Painting of the replica was almost finished. As Debbie says, "The detail work takes a lot out of you. I cup it like this to keep my spot while painting." 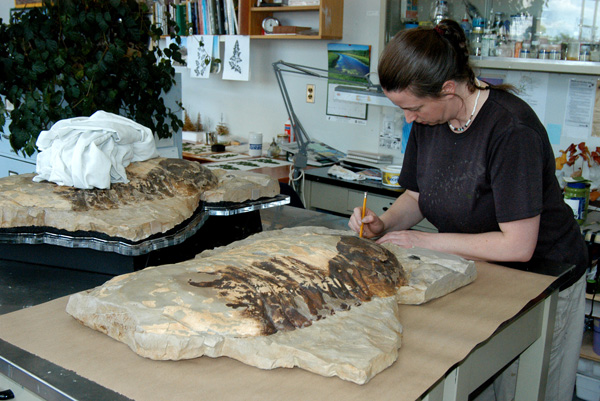 Debbie traced the finished replica onto brown paper, so that a precisely fitted crate could be prepared. 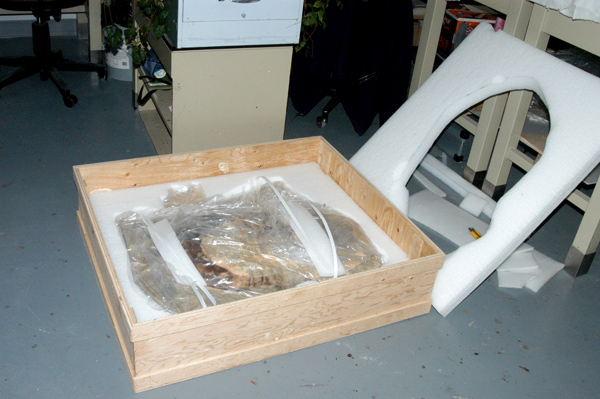 The crated replica, ready to be shipped to Japan!