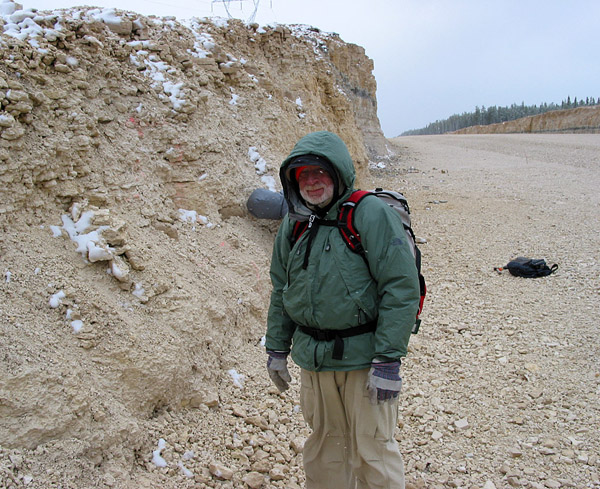 Ed suffering through spring snow and winds, during fieldwork on the Grand Rapids Uplands.

Ed Dobrzanski is a “fixture” at the Museum.  He had been a volunteer here before I started back in in 1993, and he has volunteered continuously for the past 20 years. Ed has done tremendous work as an amateur paleontologist, collecting, preparing, studying, identifying, and cataloguing fossils. He has contributed to paleontological field and laboratory work in a great variety of ways. For his all-round efforts, many of us are delighted that Ed has just been named as the recipient of the Katherine Palmer Award, a North America-wide award for amateur paleontologists, presented annually by the Paleontological Research Institution.

An inveterate collector with interests in a great variety of objects, Ed had a long career as a government meteorologist. When staff reductions resulted in an opportunity for early retirement, Ed took advantage of this to turn his volunteer work into a daily avocation. In his time here, Ed has contributed tremendous knowledge to the organization of fossil collections as varied as brachiopods (lamp shells), fishes, and bivalves. He has also donated many specimens to the Museum (and to other institutions such as the Royal Ontario Museum), has contributed to exhibit development and public programs, and assists with all sorts of tasks in other departments of the Museum! 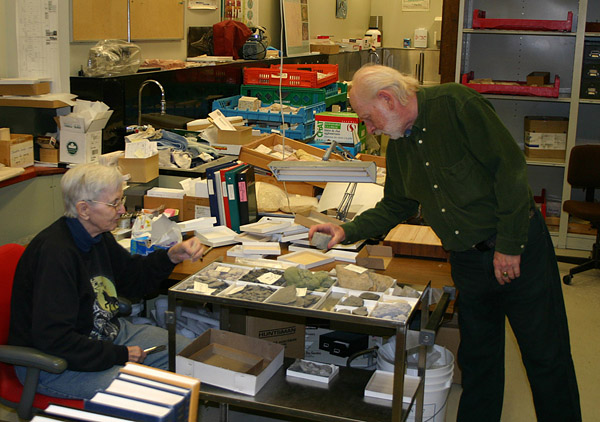 Florence Zawislak (L) and Ed discuss a cartful of specimens.

My colleagues and I are fortunate to have Ed as a collaborator on many research projects. He is skilled with the essential field and laboratory tools: whether using a hammer, GPS, shotgun, survey equipment, microscope, rock saw, or lapidary grinder, Ed has considerable expertise. He takes wonderfully precise notes, understands maps thoroughly, and maintains a compendious knowledge of obscure fossil localities. Ed has been a key member of my field teams, and has also collaborated in the field with many other scientists such as Bob Elias (University of Manitoba), Dave Rudkin (ROM), Jisuo Jin (University of Western Ontario) and Jan Audun Rasmussen (Natural History Museum of Denmark). His efforts have resulted in the co-authorship of several papers, a guidebook, and many conference abstracts.

Ed Dobrzanski is a tremendous asset to the science of paleontology in Manitoba and beyond; it is wonderful to see this recognized! 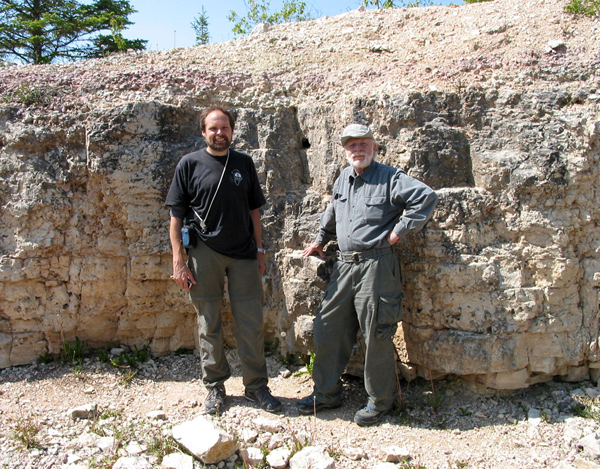