Display of Detritus and Delight 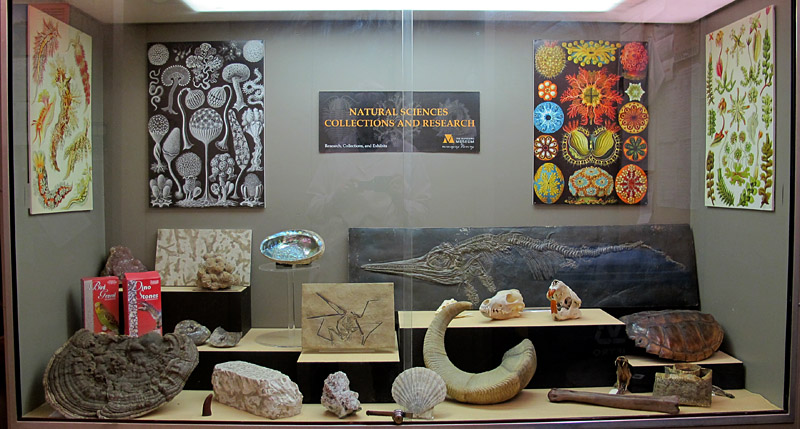 The spaces that house Museum curators and collections are, perhaps, notorious for appearing to be crammed full of objects. Our work consists of collecting and organizing, and actively-collecting Museum scientists typically have many specimens spread out for study and cataloguing. Our collections rooms contain many thousands of well-organized specimens, but it is tricky to find space for the largest pieces. For this reason, some of our biggest specimens are not stored in the official Natural History storage: ever since I have worked at the Museum, most of our large mammal mounts have been in alcoves along the hallways here. If I wish to, I could say “good morning” to two muskoxen, a grizzly bear, and two mule deer just in the short space between the elevator and my office! 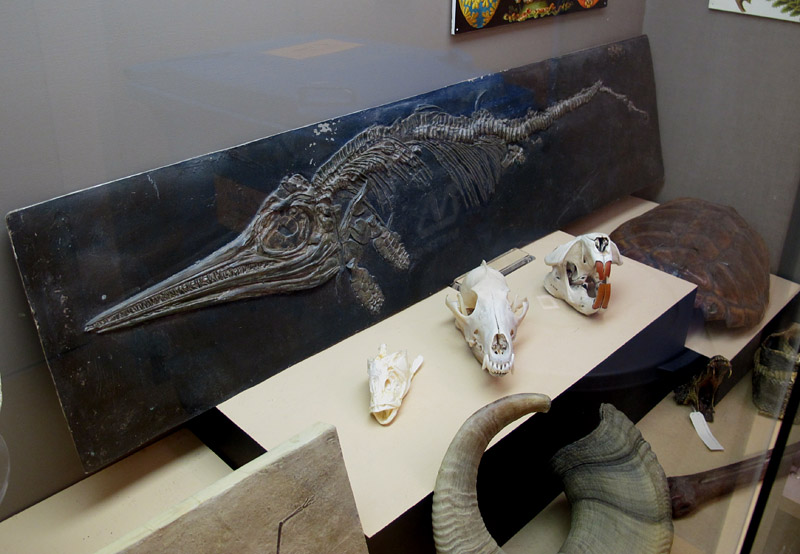 A replica ichthyosaur rests behind a variety of skulls: a large fish, a coyote, and a beaver.

It used to be that, when the elevator stopped at our floor, those inside would glance out to see our creatures, safe in their protective plastic cocoons. Although this may be an interesting sight (if you know what they are), it is hardly a fitting introduction to the great variety of activities here, and it made it look rather like a warehouse. A few years ago, we decided to remedy this; when an old display case came available in the Museum basement, we grabbed it and placed it facing the elevator to house an introductory exhibit. 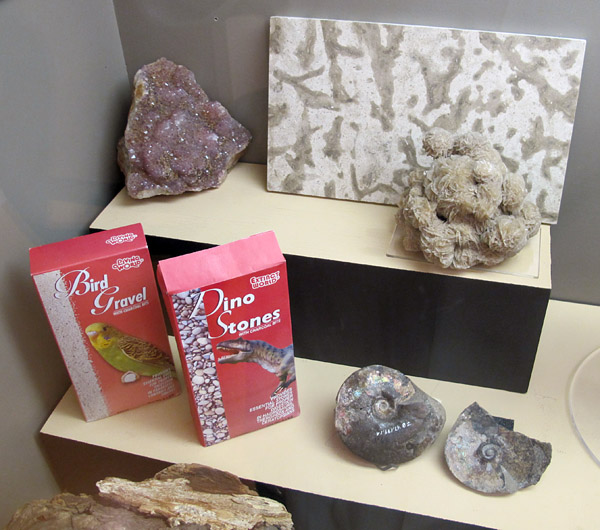 A grouping of minerals, Tyndall Stone, fossil ammonoids, and bird gravel and "dino stones" (our idea of what pet products would look like if people kept dinosaurs!)

This display has taken years to develop, because we were always getting sidetracked with our real work! We placed a few items into the case right after we moved it, but then it sat untended for some time. Returning to the case a couple of years ago, we added a lot of interesting pieces and planned to include a title explaining what it was about, but again we of course became busy with projects such as the Biodiversity and Colours in Nature exhibits. Then, this past week, we finally managed to “finish” this display, at least for the moment, adding a title panel and several of the wonderful Haeckel posters that had been included in the Biodiversity exhibit. 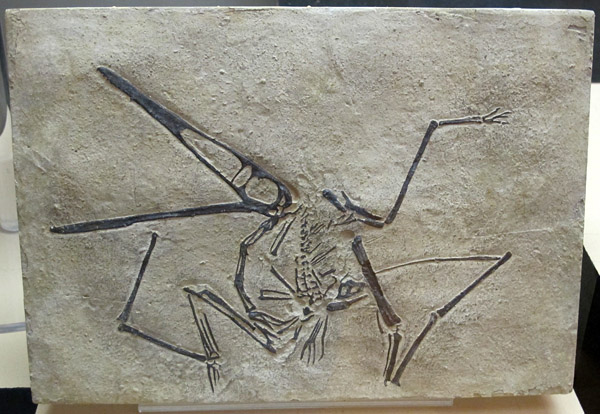 This replica pterosaur was beautifully painted by Debbie Thompson.

What is the purpose of this case, and why have we decided to feature the particular items that are in there? As well as providing “eye candy” for those who happen to see it from the elevator on their way to other floors, we wanted the case to introduce the basic research and collecting disciplines that occupy this floor: Zoology, Botany, and Geology/Paleontology. Since it is not climate-controlled, and is subjected to dust, light, and vibration, all the items in it are robust. They are generally replicas or are from the stores of “teaching grade” objects lacking basic data. 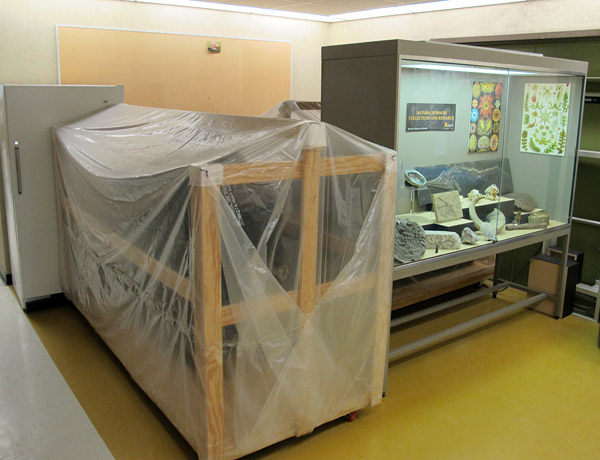 This angled view of the case shows how it is surrounded by large mammal mounts (under the plastic, that is a muskox on a cart), with a specimen freezer behind.

Although the choices were limited, we were pleased that we could include some of our favourite sorts of items (an ichthyosaur replica, a box of fake “dino stones”), and examples of things related to some of the research that takes place here (Tyndall Stone fossils, snake skin). Undoubtedly the display will continue to evolve in the coming years as we come upon other suitable exhibits for it!