An Exhibit with Teeth 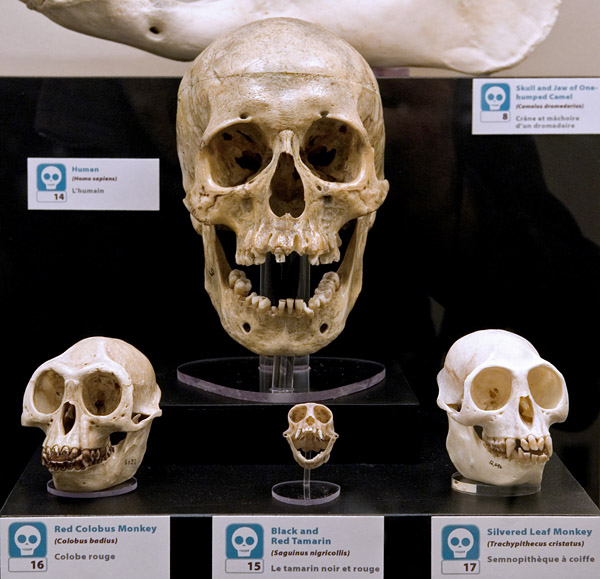 Since one function of the blog is to focus on our collections, it seems like a good place to occasionally revisit past exhibits, especially those showing items that are normally stored away in the back rooms. 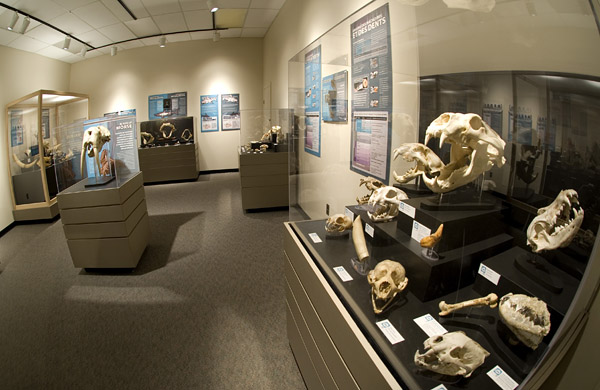 I was particularly pleased by the Jaws and Teeth exhibit, which was curated by Randy Mooi and me a few years ago. We combined zoological and paleontological specimens to demonstrate vertebrate anatomy and evolution, with a particular focus on adaptations for eating. 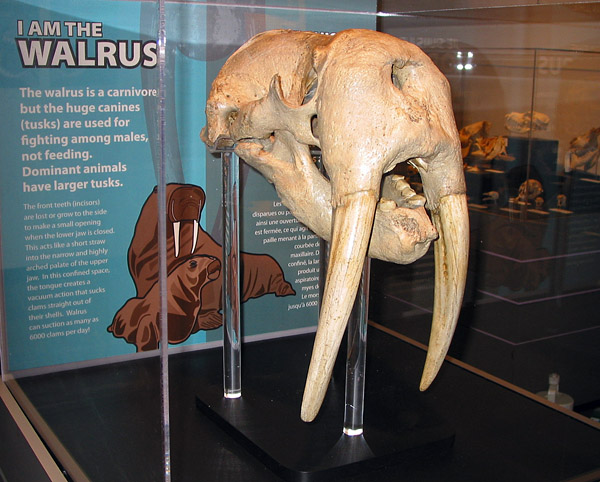 This walrus skull was front and centre as you entered the room (photo: Randy Mooi).

We loved doing this exhibit. To us, it was an opportunity to explore some of the best aspects of the traditional Natural History museum. And the public seemed to thoroughly enjoy it; we would always see family groups in the exhibit, animatedly discussing the various skulls and comparing their similarities. It really showed us that traditional exhibits can still fulfil an important function in the modern museum! 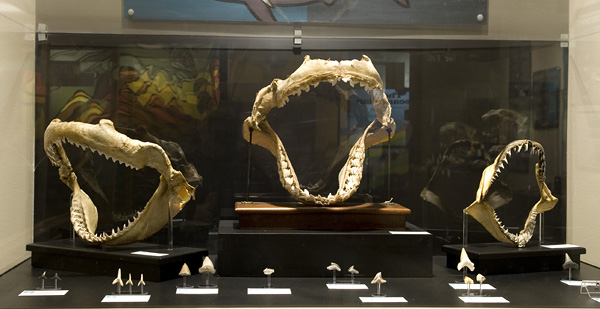 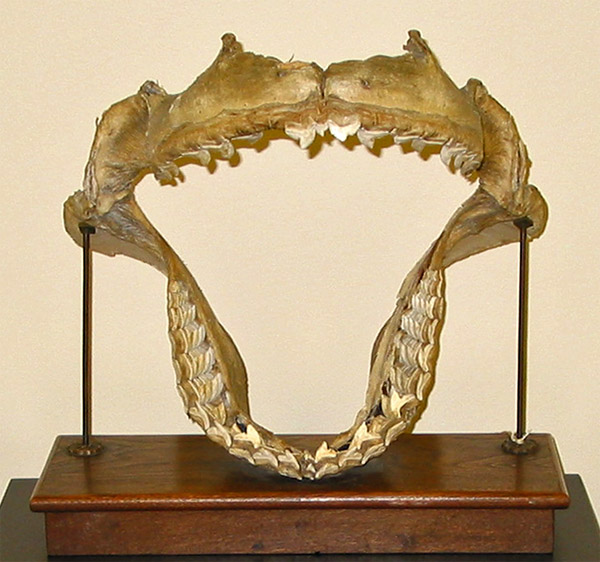 Mounted jaws of the Tiger Shark, Galeocerdo, show how the teeth are continuously replaced like objects on a conveyor belt! 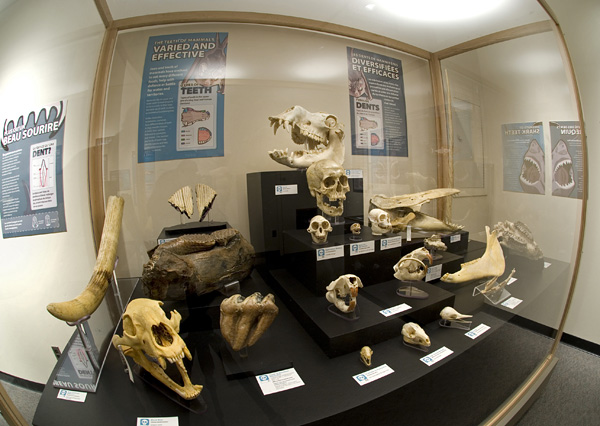 This case exhibited the diversity of mammal groups, both living and fossil (photo by Hans Thater). 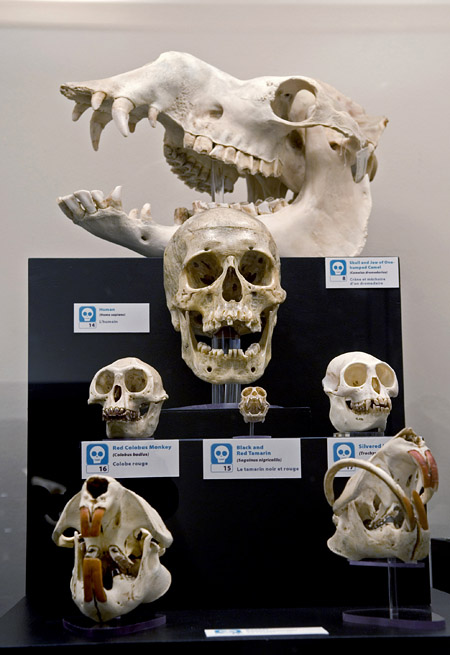 A human skull is compared to the skulls of other mammals. The beaver skull on the lower right is from an animal that had a displaced jaw, so that the teeth did not meet and wear normally. Its lower right incisor grew continuously until it met the skull! (photo by Hans Thater) 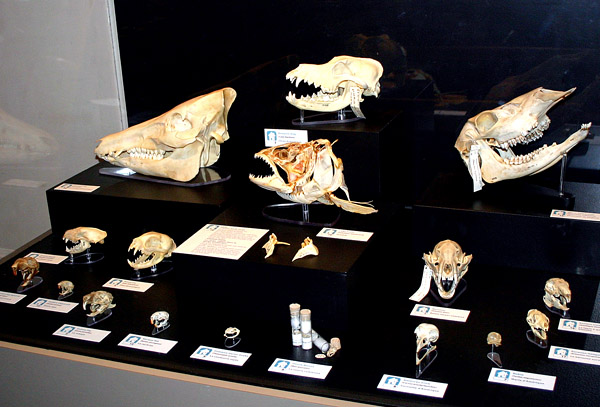 These are the skulls of familiar creatures such as dog, cat, pig, and pigeon. 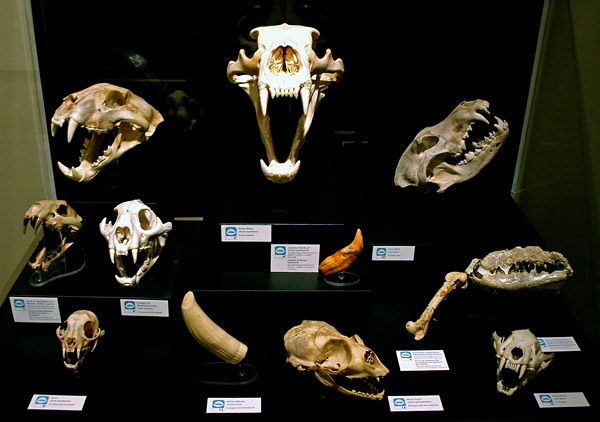 The skulls of carnivorous mammals are of great interest, and merited their own case. 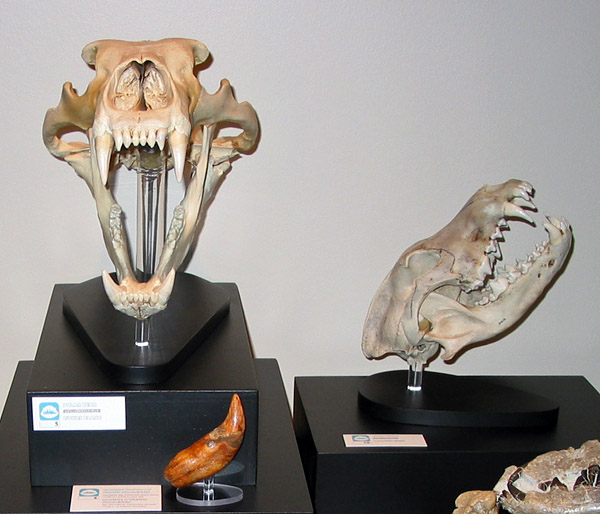 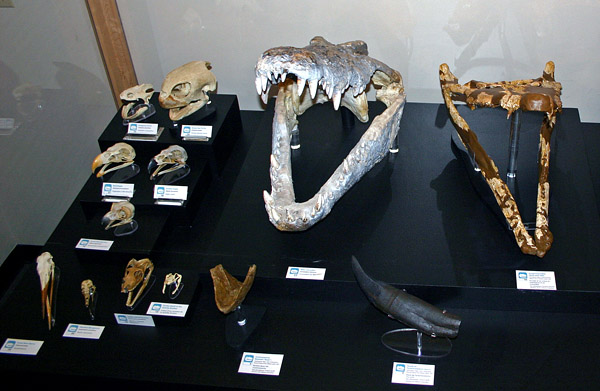 Skulls of a variety of "reptiles" and birds. A modern crocodile is compared to one from the Eocene Epoch, showing how little these creatures have changed in the last 50 million years! 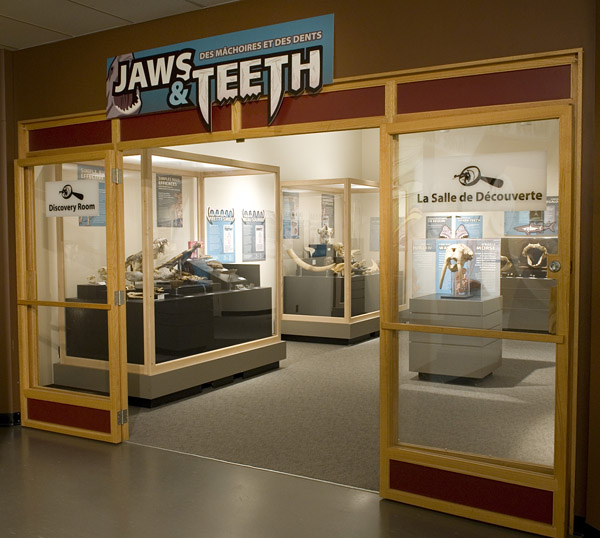