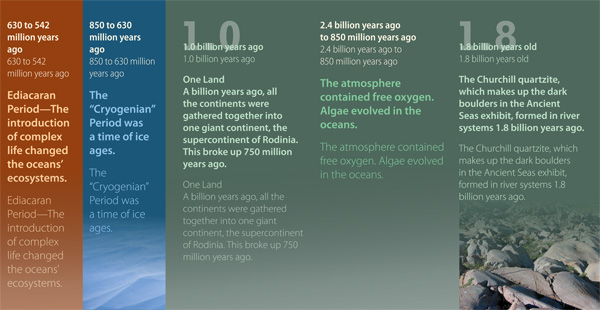 This is a section of the final time line layout. The time line gives a very quick "Cook's Tour" through key events in the first four billion years of Earth history.

An exhibit is a group invention. A curator devises and develops the content of the exhibit, deciding what specimens and other materials should be shown, and writing text about those materials. But most successful exhibits evolve through collaboration, in which the curator is but one player.
At this Museum, we have a well-defined process in which exhibits go through distinct development stages. Many people are involved as key decisions are made, and as work is carried out. There are, of course, the directors and administrators who ensure that schedules are followed and money is spent wisely, and who review the plans to ensure that they meet institutional standards and mandate. And there are the production experts who build casework, install lighting, create mounts, or make models. If specimens or artifacts are to be installed, then the collections and conservation staff will handle and treate them with the care they deserve. And there are meticulous editors who work diligently to check that “i”s are dotted and the “t”s are crossed, and not the other way around.
Yet still, much of the final “look” of an exhibit must come from the relationship between the curator and the designer, because they share responsibility for the melding of content, communication, and aesthetic.
For the past couple of years, I have been very fortunate to work with designer Stephanie Whitehouse as we have revamped some significant parts of our Earth History Gallery. Last but not least of this round of changes is a “time line”, which explains key events in the first four billion years of Earth and life. This exhibit will open next month. The following images are a quick tour through the design development of a relatively simple wall exhibit. These evolved as we worked and met over a period of several months.

If the exhibit depends on a spatial configuration of objects and information, then the curator may produce a sketch. This layout was my first stab at fitting together materials for the exhibit. As with so many curatorial exercises, this first go had too many words! 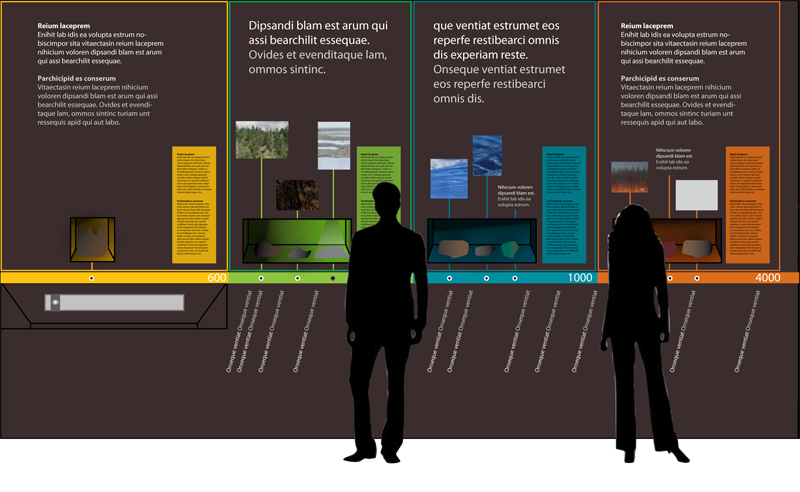 Stephanie's first draft layout is mostly concerned with where the big "blocks" of design will be located. The key considerations at this point are technical issues such as the height of exhibits relative to the viewer, the design of cases, and where access doors will be located. 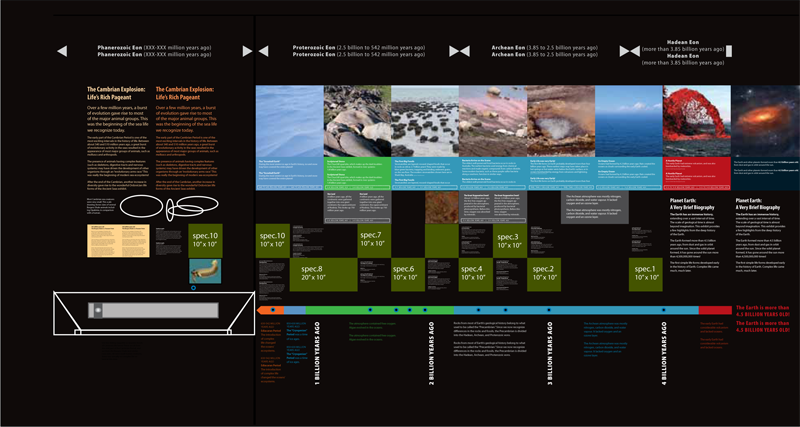 An initial layout with most of the content is rather "blocky", and some details are higher on the wall than Stephanie would like. From my point of view, there are issues that some content is nowhere near where it should be on the time line. We like the colours and the overall feel, but there is a long way to go. 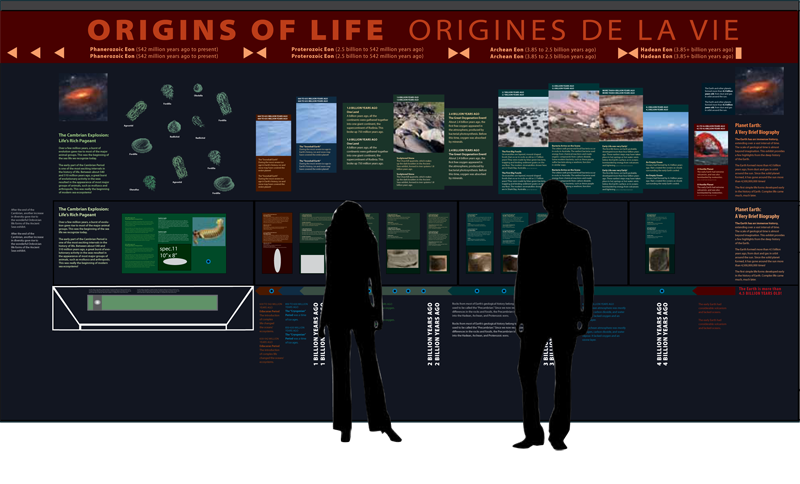 Draft titles have now been added, and the content has been shifted around so that it better matches the timeline. So now I am much happier, but Stephanie finds this way too busy, as do other staff. Images and text must be cut, and we are going to have to do some serious horse trading to come up with something that is acceptable to all concerned. 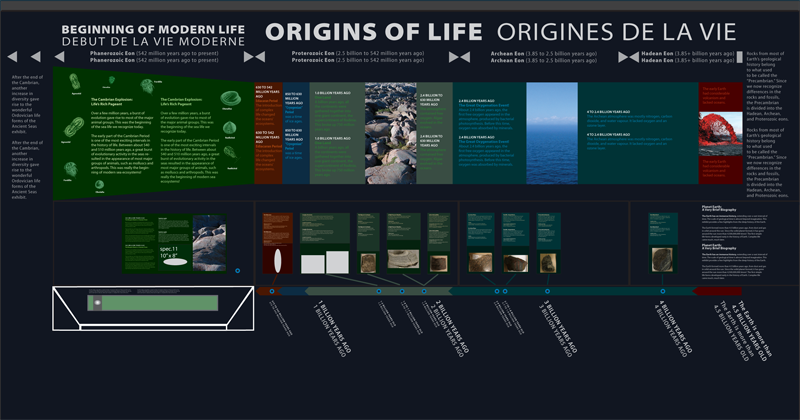 This one is nice and simple, but now a lot of content has been removed, and we will have to find a way to fit it back in. 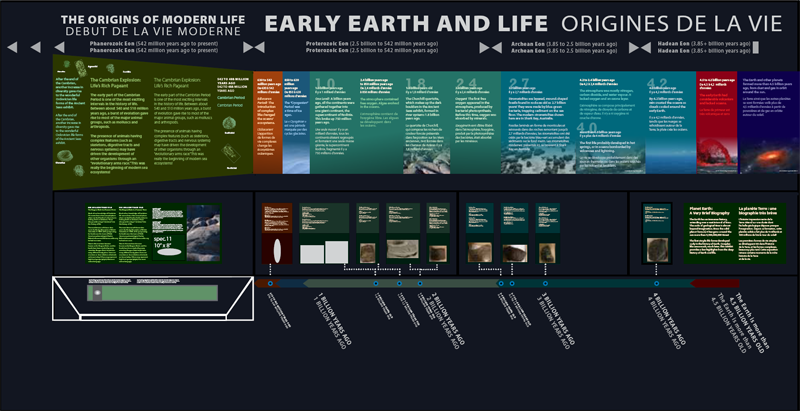 The (almost) final design is radically different from what we started with. It is simpler, cleaner, yet it distills all the key points of exhibit content. There are still some place holder titles and images here, which will be modified in the final design as it goes to print.