At the Museum, events often take place in cycles. Of course we have the cycle of fieldwork and laboratory research, a cycle of exhibit preparation followed by installation, and, like many other workplaces, cycles in which there are periods with many meetings, followed by blessed intervals with very few meetings.

What you may not appreciate is that there are also cycles in our dealings with members of the public. There are quiet periods when I might handle about one inquiry a week, and then there are those other times when it feels like hardly a day passes without at least a couple of calls or e-mails asking me to identify fossils or explain geological phenomena. And invariably, when the inquiries heat up, so do the donations.

The past few weeks have been a very rich period for both inquiries and donations. I have identified some very interesting rocks and fossils, and we have received the three superb donations shown here. It is unusual to receive objects having this sort of quality and significance; to receive three within just a few weeks is quite wonderful! 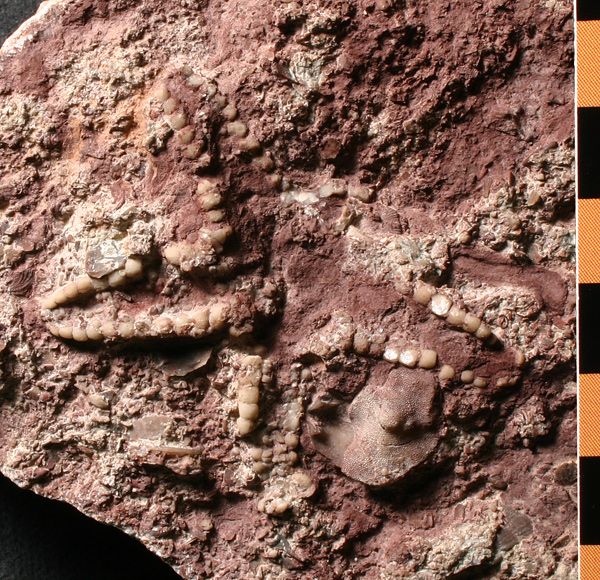 Fossil starfish are about as rare as Archaeopteryx teeth!  Of course an Archaeopteryx had a lot of teeth, but very few specimens of those teeth have ever been found. It is the same with fossil starfish. I’m sure that there were large numbers of starfish in ancient seas, but starfish are broken up very easily after death, by waves, currents, and scavengers.

This is the first proper starfish we have ever seen from Stony Mountain, even though fossil collectors working in that area have found many thousands of (non-starfish) specimens representing about 100 species (Young et al., 2008). The Museum’s collections also have a Stony Mountain ophiuroid (brittle star) and several crinoids, so this find nicely rounds out the echinoderms from that site. 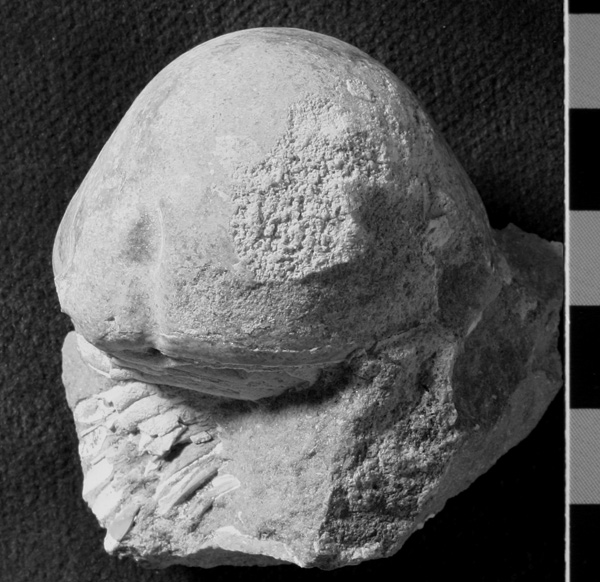 Tyndall Stone is, of course, one of Canada’s favourite building stones. Trilobites have been found in this rock in the past, but examples that have not disarticulated (gone to pieces) are surprisingly rare (Westrop and Ludvigsen, 1983; Young et al., 2008). The example above is not complete, but the tortuous curve between the cephalon (head) and thorax suggests that the body underwent unusual twisting during or after death. Although trilobites, like other arthropods, grew by moulting, I don’t think this is a moult because the free cheeks (outer parts of the cephalon) are still attached, and they tended to be lost when a trilobite moulted.

This beautiful mammoth tusk arrived about a week ago. It had only been dug out of the ground the day before, and it was soaking wet!  It is surrounded by towels in this photo because we are keeping it wrapped up so that it dries out very slowly over a period of many weeks. If mammoth tusks and teeth are dried too quickly, they tend to go completely to pieces, and we are trying to keep this one as intact as possible. Mammoth tusks are, of course, common in some regions (such as Siberia and Alaska), but only a few are known from Manitoba, and we are delighted to be adding this example to the Museum’s collection. All mammoth specimens from Manitoba seem to belong to the woolly mammoth (Mammuthus primigenius), but there are also rare examples of mastodons (Mammut americanum) in the province (see Leith, 1949).