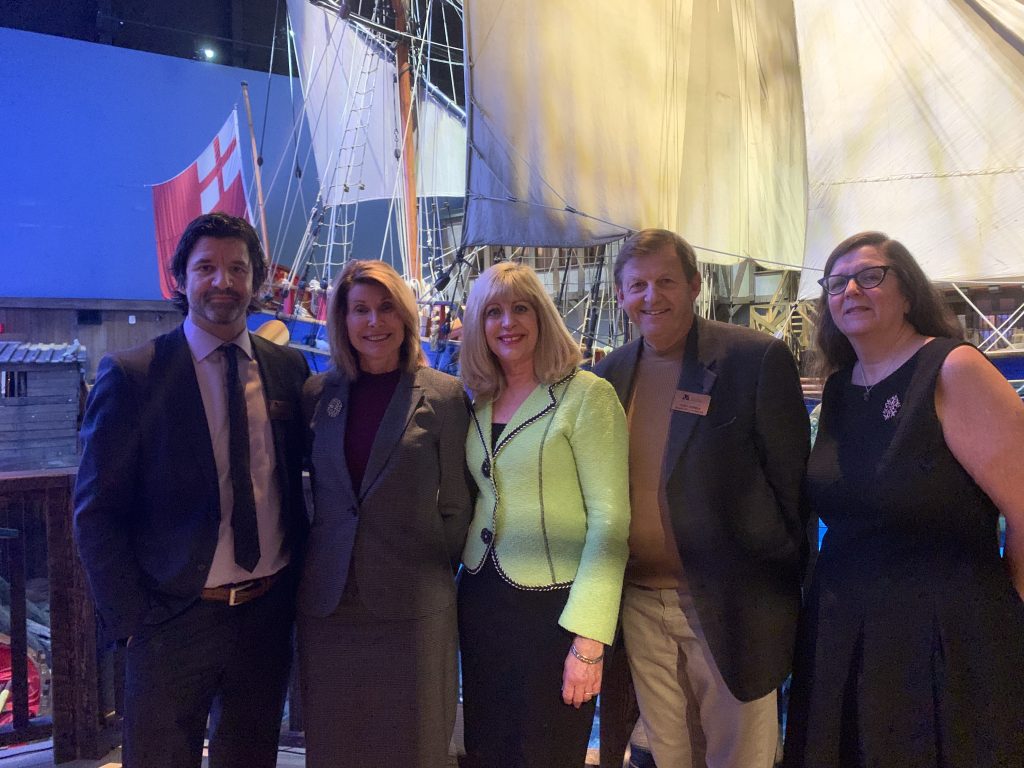 Winnipeg, MB (December 13, 2019) The Manitoba Museum is pleased to announce the commitment of a $250,000 gift from Manitoba’s credit unions in support of the Bringing Our Stories Forward Capital Renewal Project. Upon completion in November 2020 – within the Manitoba Museum’s 50th anniversary year – the $20.5 million Bringing Our Stories Forward Project will see the transformation of over 42% of the Museum Galleries.

“Our award-winning Manitoba Museum has always been a source of pride and inspiration to all Manitobans,” said Marilyn Brennan, Credit Union Central of Manitoba’s Senior Vice-President, Governance & Strategy. “Credit unions’ contribution to this renewal project will help enhance the reputation it has earned as one of our most cherished icons.”

“I’m very pleased that our gift will be devoted to two of the Museum’s most-loved attractions: The Nonsuch and  Grassland galleries,” she continued. “The Museum belongs to us all, and Manitoba’s credit unions — and their 643 thousand member-owners — are thrilled to play such an important role.”

This gift from Manitoba’s credit unions qualifies for matching funds from the Government of Manitoba – providing 50 cents on every dollar raised in the private section. These matching funds increase the contribution impact of today’s announcement to a total of $375,000.

“I am so excited to see the growing support for the Bringing Our Stories Forward Capital Renewal Project,” Sport, Culture and Heritage Minister Cathy Cox said. “The province has committed up to $5 million for this important project and we are pleased to see others join the effort that will enhance education and cultural understanding of Manitoba’s rich and diverse history.”

Jeoff Chipman, Chair of the Bringing Our Stories Forward Capital & Endowment Campaign also announced today that the Chipman Family Foundation and the Manitoba Museum Foundation have committed matching funds for the next $250,000 raised in the private sector between now and March 2020. This time-limited commitment means that every dollar donated will be matched with 50 cents from the Chipman Family Foundation and 50 cents from The Manitoba Museum Foundation. The Government of Manitoba will then match those private sector donations, resulting in three dollars for the Museum’s Bringing Our Stories Forward Capital Renewal Project.

“We hope that the matching of funds by the Government of Manitoba, the Chipman Family Foundation, and The Manitoba Museum Foundation creates a new and powerful incentive for private sector donors to invest in this renewal project,” said Chipman.

In the renewed Grassland Gallery, the Museum will feature the Manitoba prairie, an endangered ecosystem on the northeastern edge of the Great Plains where most of the province’s population resides. This Gallery will tell the stories of the human and natural world, and how the landscape has been affected by immigration, agriculture, trade, and climate change.

The last space to be renewed will be a Welcome Gallery that will maintain the iconic Bison diorama. It will also include an Indigenous territorial acknowledgment of Treaty land and the Métis homeland. This space will orientate visitors and allow them to know that their museum experience will explore the interconnections between people and nature.

The Manitoba Museum is grateful to its many partners and donors in this vital renewal project, including the Government of Canada, Government of Manitoba, the City of Winnipeg and many generous Manitobans.

About the Manitoba Museum
The Manitoba Museum is the province’s award-winning heritage and science centre. It is unique in its combination of human and natural history themes and renowned for its vivid portrayal of Manitoba’s rich and colourful history, Planetarium shows, and Science Gallery exhibits. The Museum features immersive dioramas, multi-dimensional interpretation, science and astronomy education, and quality school and community programs. The Museum has collected and protects over 2.8 million artifacts and specimens, including the Hudson’s Bay Company Museum Collection.

About Manitoba’s Credit Unions
Credit unions are independent, full-service financial co-operatives, owned and governed by the members they serve. They have played a crucial role in Manitoba’s growth and prosperity since 1938. Today, Manitoba is home to 25 credit unions, with 181 branches in 109 communities across the province, giving Manitobans substantially better access to quality financial services and products than any other financial institution. In 68 of those communities, the credit union is the only financial institution in place to serve local residents and businesses. Together, Manitoba’s credit unions serve 643,000 members with $32 billion in assets.