During the Great War, 8,579 people were sent to internment camps in Canada. Over 5,000 of them were Austro-Hungarian, or Ukrainian, civilians who had been classified as ‘enemy aliens.’ They were from countries Canada was fighting against, but the main reason for their internment was unemployment. It was hard for Ukrainians to find work during the war, mainly due to nativist beliefs (many thought Anglo-Canadians should be given the jobs). Unemployed ‘enemy aliens’ made others very nervous. In 1915, over 100 Ukrainians from Winnipeg who were trying to find work were sent to the Brandon internment camp.

In May 1915 unemployed Ukrainian men in Winnipeg staged a number of public demonstrations asking for work. A rumour spread that there was work to be had in the United States, so several hundred of these men decided to walk there. Nick Lypka, who participated in the walk, remembered that the group was very careful not to break any laws while walking to the border. Many dropped out along the 110 km walk so by the time they reached the border town of Emerson, there were only between 100 – 175 men left.

By the time the small, tired group arrived in Emerson, the ‘Mounties’ were waiting for them. Lypka remembers hoping the authorities would help them find work. He was wrong. Instead, the whole group was arrested and taken to the Brandon internment camp, 285 km away. 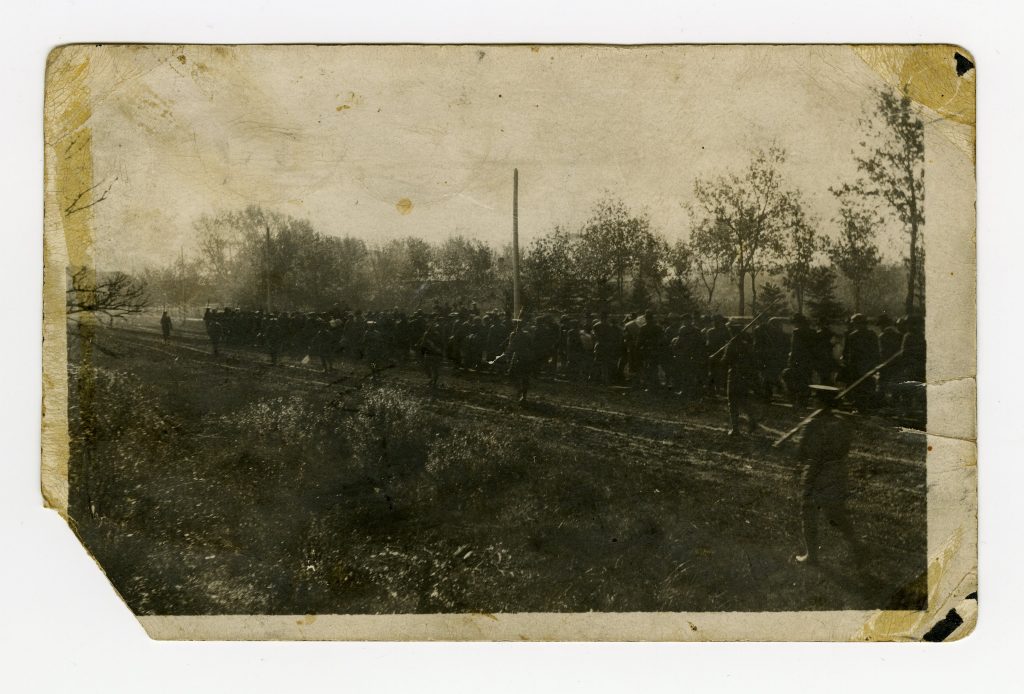 They arrived in Brandon, tired, bedraggled, and hungry. At the Brandon site, prisoners were given one hour of time outside per day, but they were not given any work, like at some of the other camps. They passed their time playing cards and learning English. Many tried to escape and one young man, Andrew Graphko, was shot and killed during an escape attempt.

The pictures you see here were donated to the Manitoba Museum by an individual whose grandfather was likely one of the authorities involved in arresting the Ukrainian men and overseeing their march to Brandon. These pictures are an extremely important part of the historical record, as there are very few existing records detailing the arrests and forced march of May 1915.

Retired General William Dillon Otter, who was in charge of the internment camps, knew that many cities and municipalities were using internment to get rid of unemployed ‘enemy aliens’ even though they didn’t actually pose a security threat. He did not do anything to stop it. The Brandon camp was open until July 1916, at which time inmates there were sent to the Banff internment camp. The last internment camp was closed in 1920. 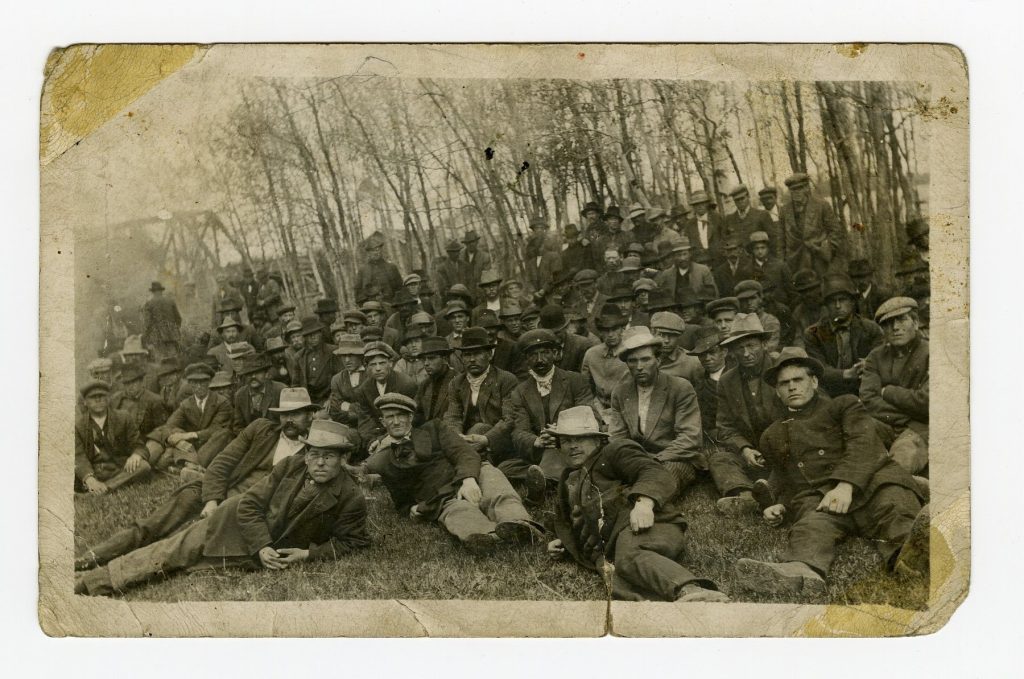 Some of the Ukrainian men arrested in Emerson after their walk from Winnipeg. They were hoping to get to the United States to find work. The CN Bridge is visible in the background. Copyright Manitoba Museum H9-38-681.