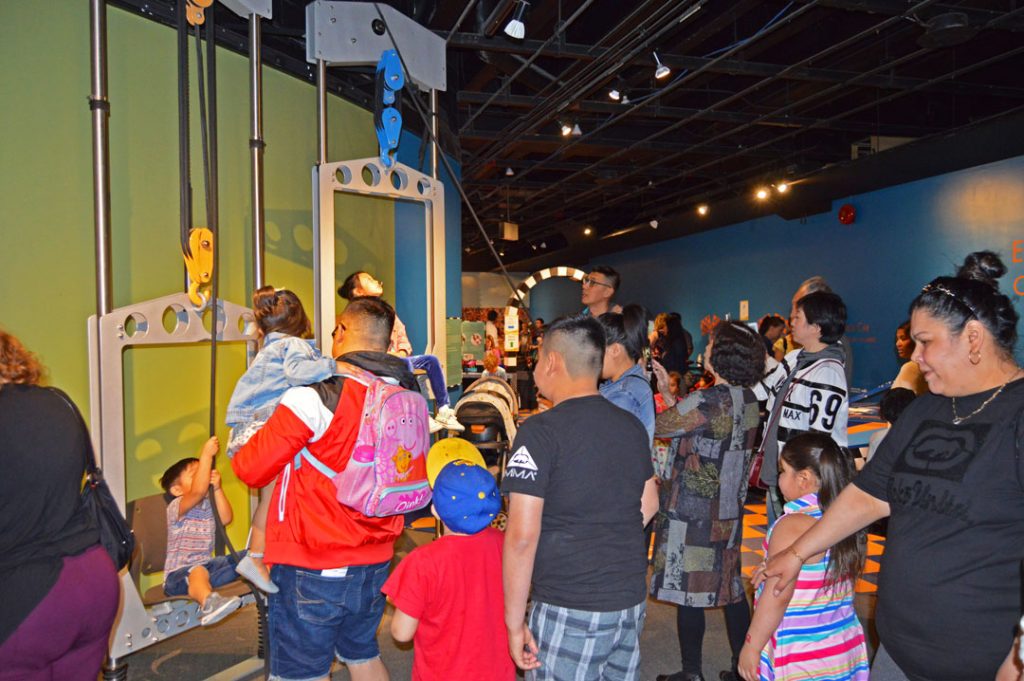 Winnipeg, MB (May 14): The biggest birthday party of the year welcomed 8,600 visitors to the Manitoba Museum on Saturday, May 12, 2018 as the province marked its 148th anniversary. Visitors got to double up on the fun with an additional reason to celebrate as the Planetarium celebrated its 50th anniversary of opening on May 15, 1968.

Line-ups coursed through the lower level as hundreds of families took in Planetarium Laser Shows designed for families, and waited for an opportunity to take their turn in the Science Gallery. Steady streams of Museum-goers filed through the Museum Galleries with many of them taking note that the Nonsuch Gallery is set to reopen in June.

“Seeing the crowds of excited visitors at this annual free day is just exhilarating for us! It was particularly special as were celebrating on the actual anniversary date of passing of The Manitoba Act which was on May 12,” says Claudette Leclerc, Manitoba Museum Executive Director & CEO. “Amongst our excited public, I know some visitors were disappointed to miss out on boarding the iconic 17th century replica ship as our Nonsuch Gallery is closed as part of the Bringing Our Stories Forward Capital Renewal Project. And many are counting down the days to see the renewed gallery open on June 8.” 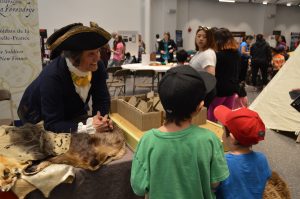 “The Manitoba Museum is an important piece of our province’s culture and history,” said Manitoba Liquor & Lotteries President and CEO, Peter Hak. “We were very proud to be part of this year’s Manitoba Day celebration as the presenting sponsor. Thank you to all the organizers and volunteers who helped make this day of fun and learning such a success.”

The Manitoba government took their opportunity with thousands of celebrating Manitobans to make an exciting announcement in advance of Manitoba’s 150th anniversary in 2020. Sport, Culture and Heritage Minister Cathy Cox announced the creation of a Manitoba 150 Celebration Committee to be co-chaired by herself and Stuart Murray. The committee will work to generate ideas as well as inspire others to contribute thoughts and events to the Manitoba 150 celebrations.  Anyone with suggestions on ways to mark Manitoba’s special occasion is invited to email feedback to [email protected]

“Manitoba has so much to celebrate!  We want everyone to share in the excitement of our 150th and we’ll be looking for inspiring ways to commemorate Manitoba’s past and look ahead to our bright future,” Cox said.  “We’ve gathered a great group of local experts together and we want to hear from people across the province who have ideas for events, projects or other initiatives.”
The crowd favourite event was the a Cake-a-toba birthday cake competition which this year saw six amazing cakes created by students of the Arts and Technology Centre in the Louis Riel School Division. The winner is featured below and is entitled, The Milkyway. 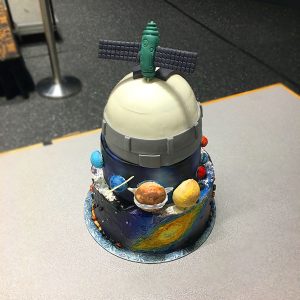