This January what I like to call the Museum’s “Charlie Brown Christmas Tree” in the Arctic/Subarctic gallery, got polished up with some new paint and a new background. It’s still lopsided as ever (it did grow in the arctic after all) but now it has some friends in the background. This often missed mini-diorama is about Manitoba’s treeline: the part of the province where trees start to disappear. 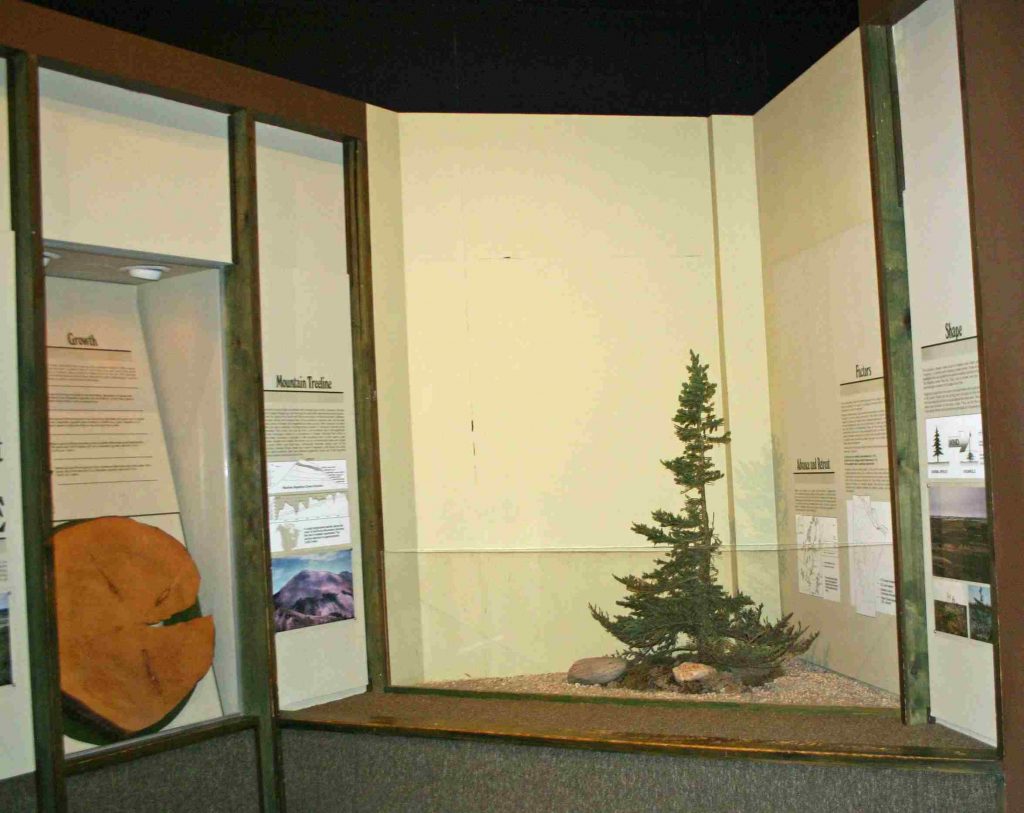 The treeline exhibit with the old background. (c) MM

The black spruce (Picea mariana) tree in the diorama is known as a “krummholz”, a German word that means “crooked wood”. Krummholz trees grow in environments that are extremely difficult to survive in, including the far north and the tops of mountains. The trees in Manitoba’s north are subjected to strong winds that blow snow and ice around, which tends to kill the buds on the windward (northern) sides of the trees. The buds that do survive tend to be lower down on the tree, where they are protected by snow in the winter or on the southern side of the branch where it is marginally less nasty. This gives the trees their unique, flag-like appearance. 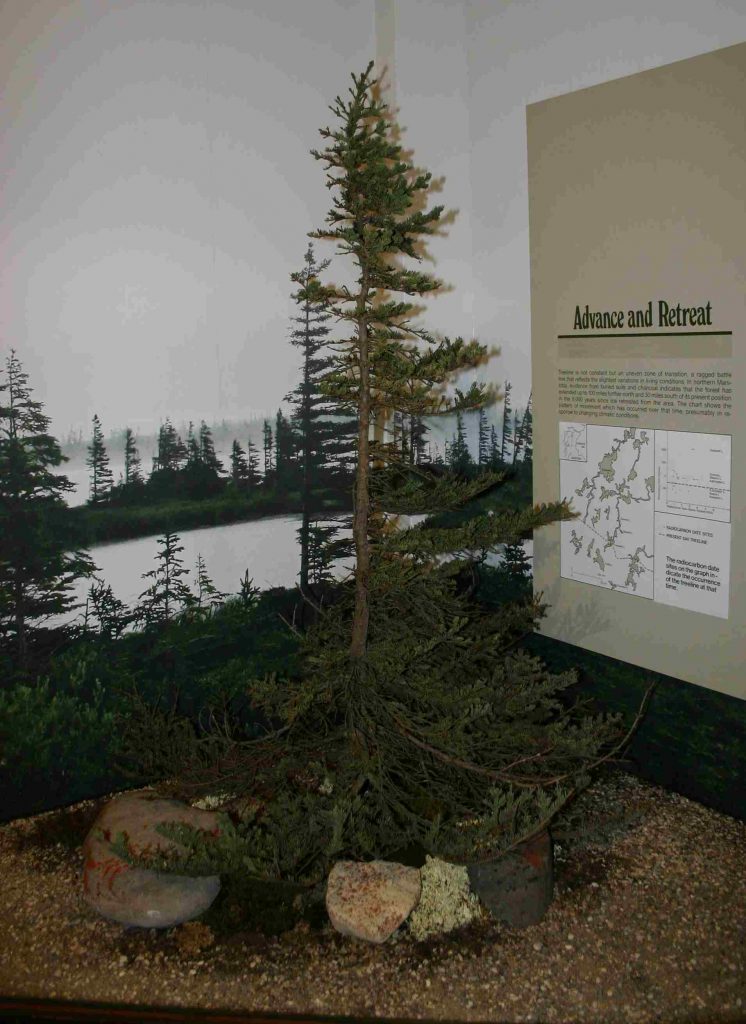 The “spruced up” tree with a new background. (c) MM

Woody plants in the far north grow very slowly due to the short growing season and poor fertility of the soil. This is why, despite the small size of krummholz trees, they are often quite old. A tree only four or five centimeters in diameter could be over 50 years old! The same tree species growing near Winnipeg would likely be at least ten times as large.

As part of a project to add new murals to the oldest galleries, the wall behind the tree was repainted and covered with a mural of other krummholz trees in northern Manitoba. The little tree was then given a good dusting, fresh paint on some of its needles and some new plants at the base by our diorama artist. It is the first of several murals in the Arctic/Subarctic and Boreal Forest Galleries that will be added soon.