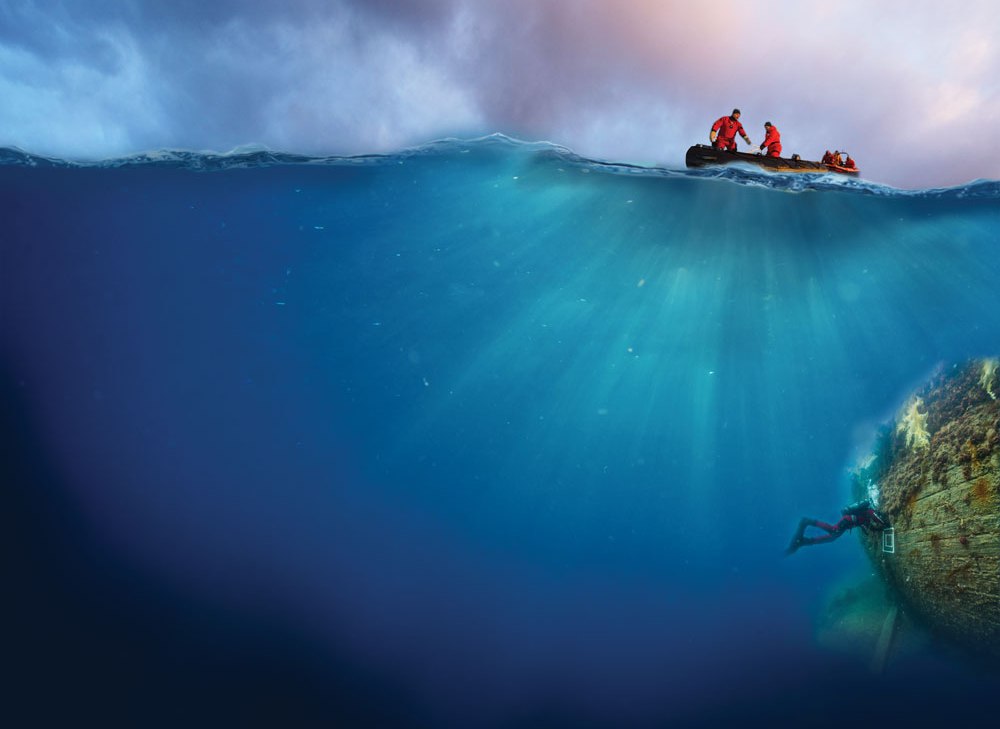 Winnipeg, MB (January 18, 2018): The Manitoba Museum has received a scale model representing the wreck of HMS Erebus and its surrounding debris field, just as it was first seen by Parks Canada underwater archaeologists on September 2, 2014. The 1:40 scale model can be viewed in the Arctic/Sub-Arctic Gallery between January 26 and March 21, 2018.

The model helps to tell the story of the Franklin Expedition, when Sir John Franklin set sail from England in 1845 with two ships, HMS Erebus and HMS Terror, in search of a Northwest Passage across what is now Canada’s Arctic. The ships and crews vanished and dozens of search expeditions set sail to try to find them. The three-dimensional model offers fascinating details that assist researchers in their work unravelling the tale of this fated journey.

“Visitors are invited to come and see the model of the wreck site and learn more about this fascinating story that has sparked the imagination and become a touchstone in Canadian history,” says Claudette Leclerc, Executive Director and CEO of the Manitoba Museum. “The Manitoba Museum is proud to be a part of a national initiative and network of museums sharing this information with Canadians across the country.”

The actual wreck sits on the seabed only 10 metres below the surface. The ship’s hull is almost completely intact, although the stern has been crushed and some of the upper deck has collapsed near the bow. This model is the result of close collaboration between the Parks Canada Underwater Archaeology Team and expert model maker Fred Werthman, and is based on the original ship plans as well as the detailed records from the current research.

Many of the ship’s fittings and artifacts can be seen in the model hull just as they were found at the site, including the bell, two cannons, four anchors, and the tiller. The model also shows a portion of the debris field surrounding the wreck, accurate seabed topography, and some marine life.

The HMS Erebus model briefly joins the Franklin Exploration pop-up display, which has been on display in the Arctic/Sub-Arctic Gallery at the Manitoba Museum since September 2016 and is included with regular admission to the Museum Galleries. The Franklin Exploration display, developed by Parks Canada and the Royal Ontario Museum, shares the story of Parks Canada search for the lost Franklin Expedition ships. Since 2008 searchers have painstakingly covered many hundreds of square kilometres of the Arctic seabed in hopes of finding the wrecks. The ongoing work to find and study the ships of the Franklin Expedition brings together the Government of Canada and public, private and non-profit organizations. The discovery of the ships was made possible through the use of both state-of-the-art technology and Inuit oral history. National historic sites tell the stories of who we are, including the history, cultures, and contributions of Indigenous Peoples. The Wrecks of HMS Erebus and HMS Terror National Historic Site will be the first cooperatively-managed national historic site in Nunavut.