Mary Attree: A Life of Service

You may have heard the old adage, attributed to either Napoleon or Frederick the Great, an army travels on its stomach. The saying attests to the importance of military forces being well-provisioned. A healthy food supply is especially critical for those recovering from illness or injury. Military histories rarely document the key role young women, such as dietitian Nora Mary Attree, played during World War II. Recently, Mary Attree’s niece, Janice Attree-Smith, donated a collection of materials documenting Mary’s war-time service.

Mary was born in 1912 in Sapton, Manitoba, to a family with deeps roots in Manitoba. Her great-great grandfather, “Orkney” John Inkster, came to Red River in 1821 in the service of the Hudson’s Bay Company. Mary’s family describes her as a friendly, unassuming woman with a great sense of humour. She was a good listener and someone they could always count on.

Mary attended the University of Manitoba and seems to have made the most of university life. An article in the Winnipeg Free Press mentions that she assisted as the home economics students entertained in the practice house at the tea hour and played interclass basketball that evening. Mary graduated with a BSc in 1931 and won the gold medal in Home Economics in 1931. She went on to post graduate training in Dietetics at Victoria General Hospital and was working in Regina at the opening of WWII. 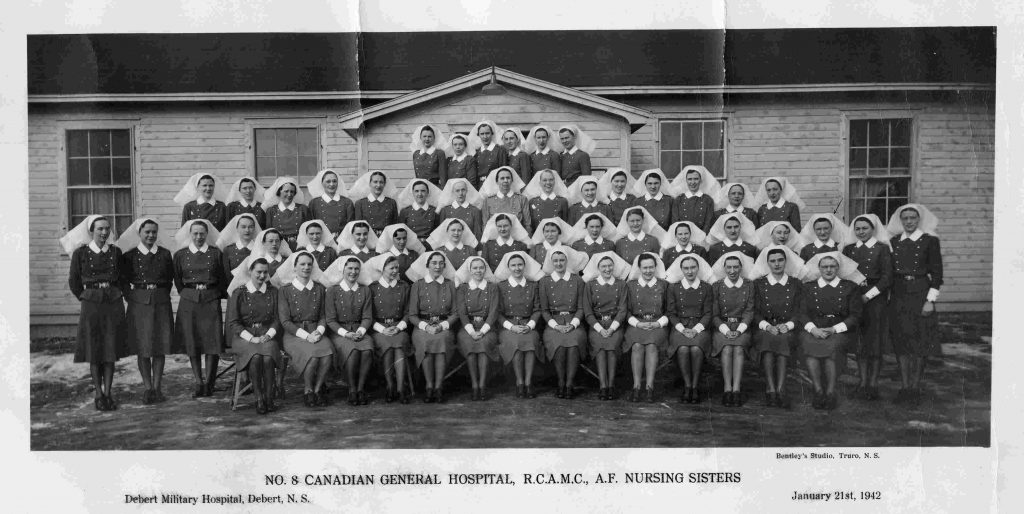 In the fall of 1940, Mary Attree applied to enlist. In a letter to her parents she said “the experiences in a hospital of that kind, would be invaluable. As you know I do not mind hard work – and heaven knows there will be plenty of that! If I were to accept, it would merely be changing from one position to another, and actually has little or no danger attached to it. Anyway, who wants to touch an irate cook!” She was appointed an officer in the Royal Canadian Army Medical Corps with whom she would serve in Nova Scotia, then England, France, Belgium, and Holland before returning home to Canada to receive her discharge on August 21, 1945. 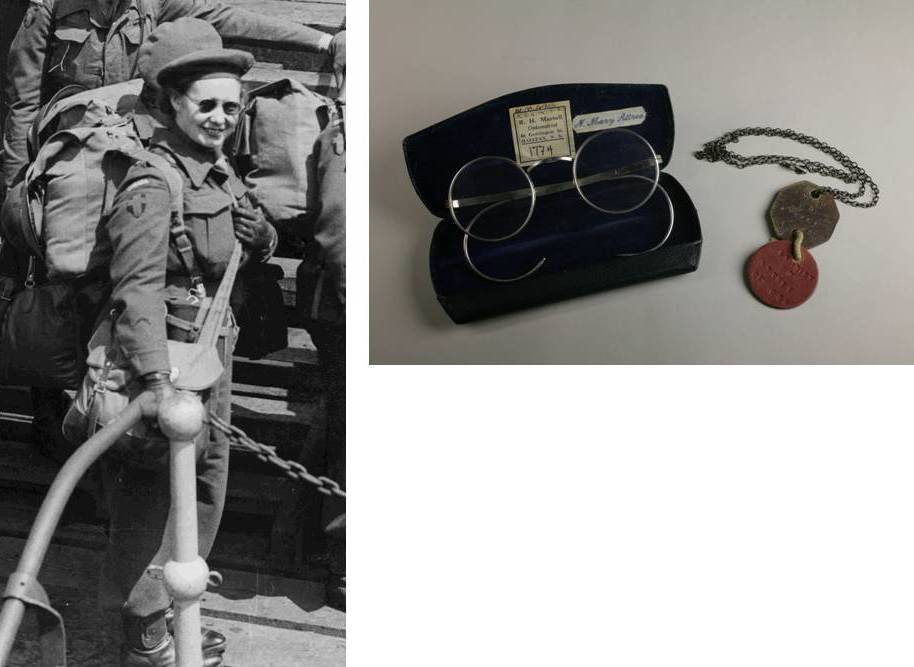 Lt. Attree served as a dietitian at No. 8 Canadian General hospital where she “supervised the cooking and distribution of food to approximately 25,000 patients, along with the unit personnel” in one ten-month period. In a letter written by Capt. A. H. Ernswell, he described how she took “care of the feeding problems of a 600 bed hospital, personnel and patients under some very trying conditions”. Today, a 600 bed hospital would be the second largest in Manitoba. During her military career Mary Attree received the oak leaf insignia for mention in dispatches and she was awarded the Royal Red Cross Class 2 (ARRC) medal. A generous and loyal friend, Mary forged strong bonds with her fellow nursing staff members – friendships she would retain throughout her life.

L-R: ARRC medal presented to Mary Attree. Catalogue Number: H9-38-616. The medal is awarded to a member of a nursing service who has performed an exceptional act of bravery and devotion at her post of duty.; Court mounted group of miniature format medals, Catalogue Number H9-38-615. ©Manitoba Museum 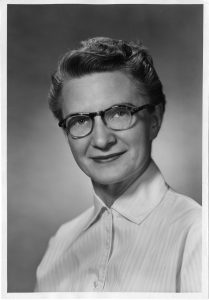 In 1947 Mary began 26 year career as with the RCMP as a Senior Messing Officer heading up a staff of six dietitians across the country. You could say that her career mirrored her military service as she continued to support the work of the force by keeping them well provisioned. Mary was quoted as saying that the Mounties are “healthy men, and we try to keep them that way.” Initially she would have been considered a civil servant; the civilian member category of the force was not created until 1960. In 1966 she was one of only 100 women working within the male dominated organization.  Her family described her as a feminist ahead of her time.